As the coronavirus crisis deepens, millions of workers are at risk of infection, layoffs, and lack of access to health care. But certain sectors are profiting tremendously as a direct result of the crisis. 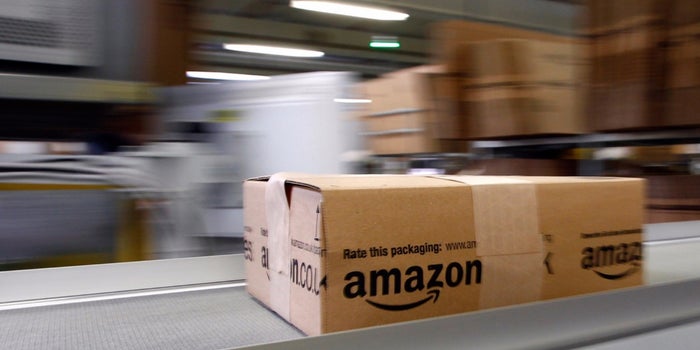 The COVID-19 pandemic is causing not only illness and death, but is also adding to the ranks of the poor and unemployed. A few individuals and corporations, however, are getting richer than ever. How are Amazon and other big companies profiting from the crisis?

It seems some were able to profit even before the crisis was fully unleashed. Jeff Bezos sold a huge amount of Amazon shares in February: 12 times more than he had sold in previous months. At the time, the shares were at their peak. He sold shares worth $3.4 billion before the markets plummeted, resulting in a 30% loss. Last week, Amazon also benefited from the market rally, making up for the month’s losses. The world’s richest man is now $5.5bn richer than at the start of 2020; his fortune stands at $120 billion, the same amount of money that went into the budgets of hospitals across the country with the emergency CARE Act just signed into law. One person alone owns what went into a healthcare system that many of the 327 million people it is supposed to serve cannot even access.

While Bezos has profited tremendously as an individual, his corporation is also well positioned to benefit from the pandemic. The crisis has escalated so acutely that basic food and certain medical supplies are scarce or have become far more expensive. Traffic bans and fears of contagion are driving people to turn to the internet — profiteering suppliers were able to sell a single bottle of hand sanitizer on Amazon for $350. Although the company has blocked thousands of price-gouging offers on the website, it does not carry out the necessary controls to eliminate them completely. It prioritizes the growth of the platform and its profits over the protection of people who have no alternative source, thus serving as a vehicle for fraud and exploitation.

Furthermore, delivery services are part of the essential jobs included within the shelter-in-place policies of different states, and Amazon — along with other big companies — is preparing a massive hiring of new workers. Many will come from other sectors where they have been laid: industry, retail, hotel, tourism, and so on. Some 3.3 million people in the United States filed for unemployment in a single week in March. Now, without minimum labor protection measures such as a layoff freeze, many unemployed people are forced to take jobs at Amazon, CVS, Walmart, and other large corporations that are benefiting from the economic and health crisis. Most will be junk jobs: precarious, with low wages and few or no benefits.

Amazon alone plans to hire 100,000 additional workers for warehouse and delivery jobs. The company will be able to use the threat of layoffs and the massive number of newly unemployed as a reserve from which to replace these new workers to continue its anti-worker policies and starvation wages, which have triggered numerous protests in recent years.

The discontent of workers persists through the crisis. This has further contributed to the horrible conditions. Billionaire Bezos’ company has exposed thousands of workers to the coronavirus — the company hid the fact that there were positive cases among employees in several warehouses, exposing them and their families. These warehouses lack sufficient ventilation and are not adequately and regularly cleaned to make them safe, increasing the risks. Gloves and masks — sold at absurd prices on Amazon — are in short supply for workers.

Many Amazon workers are now being forced to work overtime, such as the worker at a warehouse in California whose workday is now 12 hours. To justify these conditions, Amazon has increased wages by only $2 an hour. Apparently, that’s what the company believes its workers’ lives are worth — the average wage of an Amazon worker as of March 25 was $15.74 an hour. No wonder workers at an Amazon warehouse in Staten Island walked out to demand it be shut down until their working conditions improve.

Of course, Amazon is not the only company benefiting from the crisis: many large pharmaceutical companies and food conglomerates are experiencing a boom in business. At the same time, the big corporations that are seeing their activity decline during the pandemic are still looking for ways to win, as in the case of General Motors, which has asked for more than $1 billion from the federal government to produce ventilators. While Trump has invoked the Defense Production Act to get GM to produce the ventilators, far more is necessary to mobilize all the sectors needed to deal with COVID-19, including hospitals and private clinics.

The pandemic is spreading. Workers and the poor are exposed to contagion and unemployment while the billionaires stay safe and continue to profit. Under dual attacks from the pandemic and capitalism, one Amazon worker said, “I do feel like my life is worth more.”

It is. We have to make the rich pay.