Amid Violent Repression, Nigerians Call for the Abolition of the Police

For weeks, Nigerians have been protesting in huge numbers against police brutality, even in the face of violent repression. The police are an instrument of the capitalist state. The fight to abolish them in Nigeria is the same as the one in the U.S. and across the world. 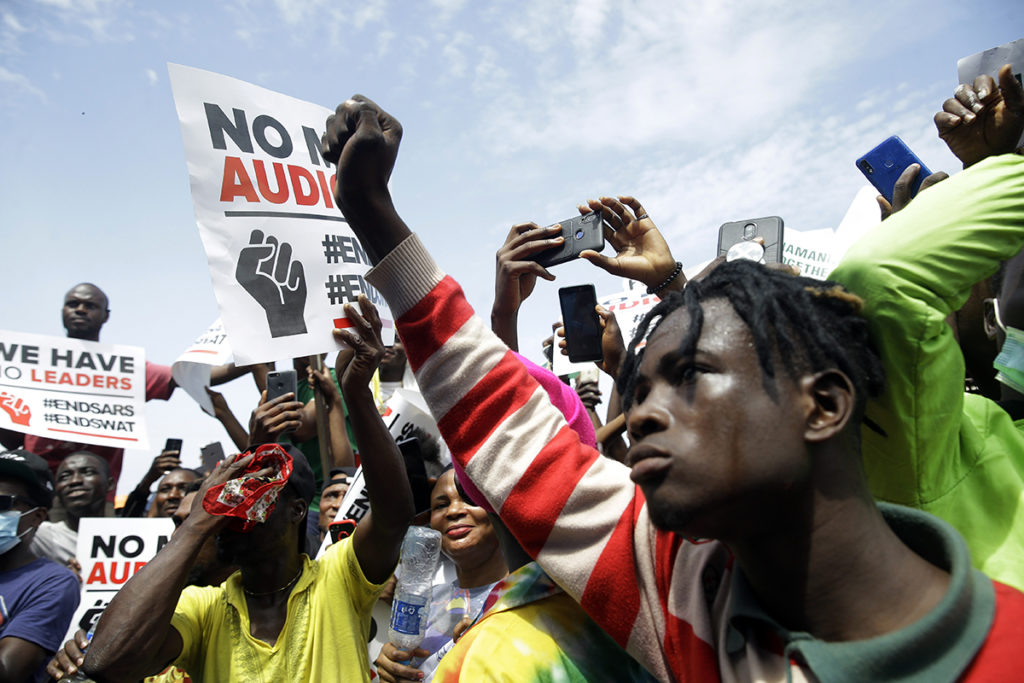 For weeks, activists in Nigeria have been protesting against police violence, even demanding the abolition of the police, in spite of violent repression by police. These protests started as a call to end a specific police unit, the Special Anti-Robbery Squad (SARS). Created to tackle robberies, kidnapping and other violent crimes, SARS, instead, uses its position to target young Nigerians and torture, kill and extort their victims. The movement quickly gained popular support within the country and is now calling for the full abolition of police. In response, the Nigerian state is taking more aggressive measures and escalating violence against protesters.

The recent wave of protests began on October 7 after a video showing SARS officers killing a teenage boy went viral. In an act of clear retaliation, the man who took the video was arrested. In response to the video and the arrest of the man who filmed the video, young activists got #EndSARS trending on social media, a hashtag which was first used in 2017, to share their own experiences of being abused by SARS officers. Following this, hundreds of protesters gathered in Abuja and Lagos, where they were tear gassed by riot police. Despite the violent response by the police, the uprising has continued.

On Sunday, October 11, President Muhammadu Buhari, announced that he was disbanding the SARS unit. However, this disbandment, like other police reform measures offered by the state in Nigeria and across the world, is only symbolic. In Nigeria, especially, the state used this same tactic in 2018 to try to save face without making any serious changes to policing. Two years ago, Nigerian Vice President Yemi Osinbajo directed that SARS be overhauled. In reality, that overhaul just meant the squad’s name was changed to Federal Special Anti-Robbery Squad (FSARS). Now, in 2020, the measure to disband SARS by the President is, again, nothing more than a symbolic gesture. In this latest cosmetic change, the officers who were in SARS will be redeployed to other police units, while a new police called Special Weapons and Tactics (SWAT) has been created to carry out the same duties as SARS.  This move to disband SARS only abolishes it by name, while leaving all the instruments of the unit’s repressive apparatus intact. It does nothing to address the intense violence perpetrated by or take power away from the police, because doing so would require challenging the power of the ruling class. The masses who’ve been fighting against police violence see through this charade, as they continue taking to the streets, calling now for the full abolition of police in Nigeria.

Since then, the Nigerian government has resorted to direct, aggressive measures and escalated violence against the protesters. Lagos, which has become the main center of the movement, was placed on a 24 hour curfew on October 20. Later that night, protesters defied the curfew and gathered for an action at Lekki Toll Gate in Lagos. The military showed up and opened fire on protesters who were unarmed, injuring at least 25 and killing one person. The state has also declared an indefinite 24-hour curfew in Lagos and other regions. There are now growing concerns among Nigerians on social media that the government will also shut down internet access.

I’m so angry at this. How do you announce a 24hr curfew at 11:49am in a state like Lagos with it’s peculiar gridlock situation?

If anyone gets hurt, arrested or missing while trying to get home, we know exactly who’s fault it is & we will continue to apply pressure. #EndSARS

If the fight to abolish the police in Nigeria sounds similar to the one here in the U.S., that is because they are part of the same struggle. Across the world, the role of police is the same — to serve as an armed wing of the capitalist state. In the U.S., the police were born out of slave-catchers and strike-breakers to maintain property relations that kept the working class and oppressed in dehumanizing, deadly working and living conditions. This is a role they fulfill to this day. Nigeria’s police too, like all police, serve the same purpose.