On the 50th Anniversary of Stonewall, the WorldPride Parade in New York—with its corporate sponsorships and close relationship with the cops—is not the only Pride event taking place. Here is a short guide to Pride in New York City this weekend. 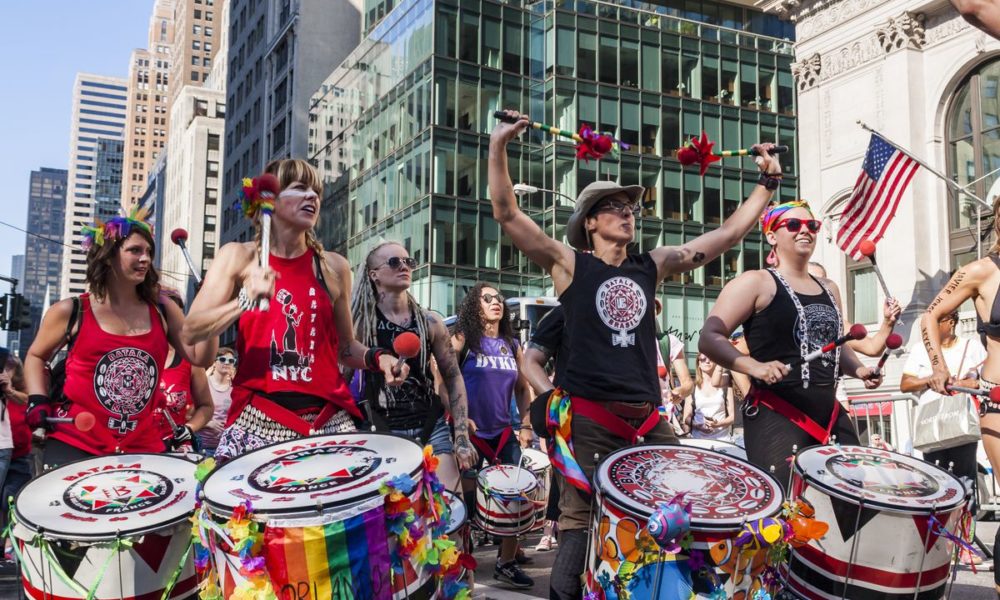 This June marks Pride Month in the United States, and New York City—where the Stonewall riots originated—is expecting at least 6 million visitors at the WorldPride Parade, which claims to honor the 50th anniversary of the events at Stonewall. The organizers of the Sunday, June 30 parade have been heavily criticized for their capitalist and imperialist agenda, which includes charging marchers exorbitant fees to participate, inviting corporations to participate and sponsor various events, and encouraging companies to use WorldPride in their campaigns to sell products. The organizers have also invited cops and are working heavily with the New York Police Department (NYPD) to structure events, erecting barriers that separate spectators from participants and blatantly ignoring the long history of violence and repression that the cops have inflicted and continue to inflict on LGBQT+ people. In the past few years, several activists and anti-capitalist LGBQT+ groups have approached the organizers with requests, demands, and resistance, only to be shut out of organizing capacities completely, pushed to the back of the parade, and targeted by increased police attention.

In addition to WorldPride, there are several independently organized events that honor the working class roots of queer resistance in the U.S., organized by grassroots groups of working class LGBQT+ people. 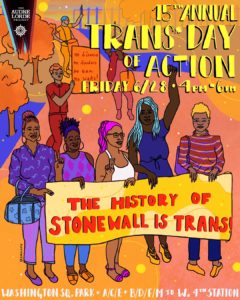 The Audre Lorde Project has organized the 15th annual Trans Day of Action for Friday, June 28, two days prior to the WorldPride parade and the Queer Liberation March. Their call to action for the event states:

“Bring your rattles, maracas, and revolutionary spirit! We will take up time and space together in a rally and march for gender liberation. Join TransJustice in uplifting our New York City Communities of Color as we champion policy goals for advancing housing equity for Trans and Gender Non-Conforming in New York City.

We envision a world where TGNC Communities are centered as vital stakeholders in our communities, home and neighborhoods. We will not manifest our wildest dreams without each other. We need you, the artist, the cultural worker, the healer, and folks committed to gender liberation work.”

The event is from 4-6 PM and the march kicks off at Washington Square Park’s Garibaldi Plaza at 5.

On Saturday June 29th is the Dyke March, which has been organized over the past year by lesbians in New York. The organizers of the Dyke March are clear that the march is a protest and not a parade. Each year, the Dyke March includes a theme that corresponds to their call to action. This year’s theme is Dykes Without Borders, “in solidarity with LGBT siblings oppressed by immigration policy everywhere.” The Dyke March does not have a police permit and does not collaborate with NYPD, instead training volunteer marshals to run the parade and “keep it running smoothly.” The Dyke March also does not have corporate sponsors, raising all funds for the march through the community. Step off is at 5 PM at Bryant Park, and is completely wheelchair accessible. For the first time, the Dyke March has wheelchairs available for use and volunteers to push anyone who requires assistance. 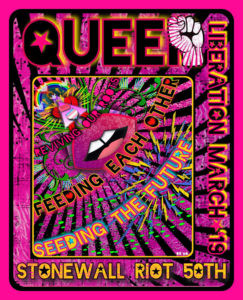 As an alternative to WorldPride, the Reclaim Pride Coalition has organized the Queer Liberation March and Rally. Reclaim Pride says, “The 2019 Queer Liberation March is a people’s political march—no corporate floats, and no police in our march. This is a truly grassroots action that will mobilize the community to address the many social and political battles that continue to be fought locally, nationally, and globally. We recognize the powerful legacy of the Stonewall Rebellion by highlighting the most marginalized members of our community.”

The Queer Liberation March takes place on Sunday June 30, and kicks off at 9:30 AM from Sheridan Square and proceeds up Sixth Avenue. It will pause at Bryant Park around 11 AM to pick up more marchers and then advance to Central Park’s Great Lawn to end with a rally with speakers around 1 PM.