The triumph of the Leave vote and the Brexit is, so far, the high point of the populist and anti-establishment movement in the core capitalist countries. Its consequences will be felt far beyond the European Union. 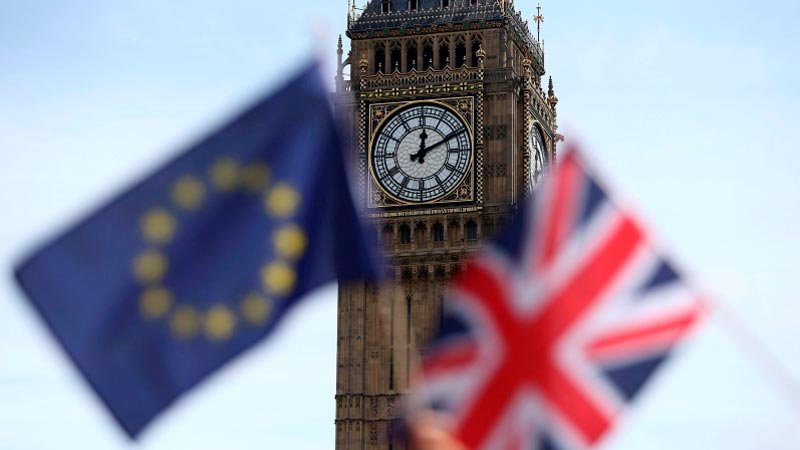 Finally, what many pollsters, liberal editors and western leaders thought was impossible actually happened. “Leave,” advanced mainly by right and far-right forces, defeated “Remain.” The European Union has lost the United Kingdom, the second largest economy of the EU and its main diplomatic and military power. The UK also has the strongest alliance with the US.

It is still too early to fully understand the political, economic and geopolitical consequences of the United Kingdom’s exit from the European Union. It is very likely that the overall consequences of this historic milestone will develop in stages and its outcomes will dictate the British political arena (and even the European) in the coming years.

Right away, we have entered a period marked by uncertainty, political and economic instability. Worldwide markets fell. The British pound had its biggest drop in one day since 1985(10 percent against the dollar). The Prime Minister, David Cameron resigned from the government. He had called the referendum to resolve the internal crisis in his party and campaigned for the “remain” vote. Jeremy Corbyn who was elected to restore the left wing of the Labour Party, faces a difficult path to remain in office.

Separatist tendencies in Scotland were reactivated, challenging the continuity of the United Kingdom. These tendencies are split along age, geography and class, in the context of deep social and political polarization. Nationalist and xenophobic far-right groups have been strengthened on both sides of the Atlantic. The murder of the British Labour MP Jo Cox by a right-wing extremist was the most tragic and violent expression of this polarization.

From a political point of view, the shock waves are just beginning. The big winner of the referendum was the UKIP (United Kingdom Independence Party), a racist and xenophobic right-wing party. The Tory party (Conservative Party) of David Cameron is deeply divided; nearly half of its members support the Brexit, which makes replacing Cameron more difficult. The possibility of a new election being called cannot be ruled out.

These short-term consequences, as catastrophic as they seem, are no more than a preview of the deep contradictions which will be unleashed by opening the Pandora’s Box of the Brexit. Most economists assume that there will be a recession in Great Britain, which took advantage of EU membership despite not joining the common currency. Great Britain’s primary market is the EU, receiving 47 percent of British exports. There is likely to be a significant decrease in London’s role as a financial centre for EU transactions. The shock waves of the Brexit even threaten the global economy.

The Process of Breaking Away from the EU

Great Britain must begin the process of breaking with the EU, in compliance with article 50 of the Treaty of Lisbon. This article guarantees the unilateral break of any member State, although there are no historical precedents for its implementation. Technically, this could be a friendly process that could take up to two years, but politically it is not clear how the EU managing board in Brussels will respond. It is possible that Germany and France attempt to deter other countries from following the British example, making the process of leaving the EU as difficult and painful as possible. Furthermore, representatives of the United Kingdom will no longer have the right to attend meetings with the other 27 members who will discuss its destiny, which will likely escalate tensions.

Taking this into account, there are two types of agreements that could possibly emerge. One is the Norwegian model–for the UK to be part of the the European Economic Area and maintain access to the Common Market. Like Norway, the UK would have to make an economic contribution to the EU budget, submit to the regulations of the Common Market without a say in their formation and to accept the free movement of people in the EU area.

The other is to establish free trade agreements or to be governed by the regulations of the WTO. This path will inevitably restore taxes on exports and will limit the financial role of the United Kingdom. Both seem to be bad options.

The EU crisis, even its possible fragmentation as a bloc, poses serious geopolitical problems for the United States and for the whole “West.” In particular, the Brexit is a defeat for Obama, who actively campaigned for “remain.” With the exit of the United Kingdom from the EU, the United States lost the power of having direct influence on European foreign policy. Now it will have a privileged relationship with an isolated country, which has a reduced role in international affairs (in spite of being one of the powers that is a permanent member in the United Nations Security Council, and having nuclear weapons). Additionally, the EU, with British influence, has been one of the pillars of stability and an important partner in the War on Terror. The EU was used to help reach some level of stability in the Middle Eastern conflicts and it used economic sanctions to keep Russia in line.

The Brexit is a huge blow to the European Union, considered by many analysts as the most ambitious project of the bourgeoisie in the post-cold war era.

The capitalist crisis of 2008 highlighted the cracks in the EU’s foundations. Germany has attempted to impose hegemony on the bloc at the expense of debtor nations and minor powers that are losing sovereignty at the hands of Brussels’ bureaucracy. Greece was an emblematic case, forced to implement extremely harsh austerity plans under the supervision of the “Troika” in exchange for staying in the Union.

The crisis of the European project was accelerated by the wave of wars in which various EU powers intervened.

Tendencies towards dissolution found political expression in the Eurosceptic parties, mainly in the far-right, with strongly xenophobic and anti-immigrant rhetoric. In many of the EU countries these parties are already in the government or are positioned to try and win power.

There is also a “left sovereignist” position (there were even sectors of the left that campaigned for the UK exit) that emerged from the Greek crisis and the Troika impositions on Greece. However, this was a much weaker voice in a sea of right wing “leave” votes.

The “sovereignist” right-wing is formed by the National Front in France, the UKIP in Britain, the Freedom Party in Austria; Alternative for Germany, the True Finns, the Democrats in Sweden, the Northern League and the Five Star Movement in Italy, Jobbik in Hungary, the Golden Dawn in Greece, etc.

This wave of right-wing populism has even reached the United States with the rise of the Trump phenomenon. Trump’s rise can be partly explained by the conditions created by the Great Recession and the loss of US global hegemony. It is also created by the loss of faith in the neoliberal model by large segments of the population, mainly in disenfranchised sectors of the working class that are afraid of losing their jobs and among which “simple solutions” like economic protectionism and nationalism have more purchase.

Undoubtedly the triumph of the Brexit strengthens these demagogic far-right groups. The traditional conservative and social democratic parties cannot pretend to bear no responsibility for this. They helped create this monster with brutally racist state policies as we have seen in the refugee crisis. Concentration camps, mass deportations, and turning the Mediterranean Sea turned into a watery grave was not the work of the far right, but of the sanctimonious liberal governments that have transformed the EU into a fortress.

If we compare the situation in the US with that of many EU countries, we can see that the crisis or collapse of traditional parties and social and political polarization to the right and to the left seems to be the new “spirit of the times”. It is more likely that this expresses a common thread rather than mere coincidence.

In the first decades of the twentieth century, the Italian Communist Gramsci theorized that a failure of a major project of the ruling class could open a period of “organic crisis.” Unlike shifting conjunctural movements, an organic crisis highlights fundamental contradictions that cannot be solved by traditional policy. This leads the masses to break with traditional political representation and new ways of thinking emerge. Gramsci developed this theory in relation to a national state in a period between the wars. The European Union, or rather european neoliberalism, is the failed “major project” of the bourgeoisie in recent decades.

These political phenomena give expression to an organic crisis. Neither in Gramsci’s time nor today does such a crisis mean a leftward swing. However, saying for certain that the Brexit will bring about a dark period marked by xenophobia, racism, and protectionism would be incorrect. There are important counter-tendencies; There is the extraordinary workers’ struggle in France; There are millions of young people who voted for Sanders in the US primaries and identify with “socialism.” These phenomena could also radically change the situation. The battle is still ahead.