Andrew Yang, known for his short-lived 2020 presidential run, is one of the leading candidates for November’s mayoral race in New York City. Despite his supposedly progressive leanings, his support of charter schools and school choice, and his hostility toward teachers unions, reveal his alignment with the capitalist status quo. 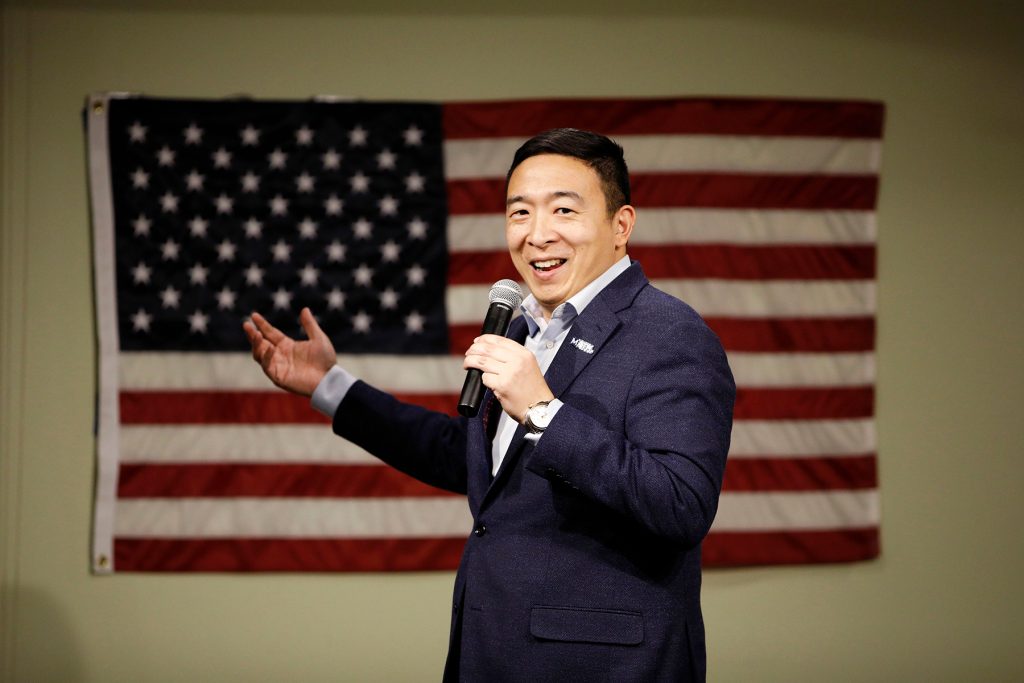 Andrew Yang’s 2020 presidential run gave him a reputation as an outsider, a “not a politician” candidate. During his relatively short-lived campaign, he gained popularity for a mix of technocratic and populist rhetoric. Now he is one of the leading candidates for November’s mayoral race in New York City. His support of charter schools and school choice, and his hostility toward teachers unions, reveal his alignment with the capitalist status quo.

A proponent of a right-wing variation of UBI, Yang promotes the illusion of “human-centered capitalism” without touching the ownership of the means of production. What Yang’s supporters miss is that the working class has the power to run society better than banks and corporations.  Yang is a Democrat through and through, and he’s eager to adopt and maintain their program: to maintain and expand the capitalist agenda via imperialism and continuous exploitation. In a city like New York, where the mayor controls the school district, we should be concerned about what this means for education.

Left Voice is hosting a panel with a Bessemer Amazon worker and Robin D.G. Kelly, author of Hammer and Hoe to discuss the results of the unionization vote. Sign up here.  RSVP to the Facebook event here.

Yang, after all, embodies liberal corporatism and has profited off education himself. After finishing his Ivy League education and pursuing several start-ups in philanthropic fundraising and party organizing, Yang served as the CEO of Manhattan Prep, an expensive test prep company founded by his friend Zeke Vanderhoek. Vanderhoek would later found the Equity Project Charter School, which, along with a number of corporate backers, was financially supported by Yang himself. Eventually Manhattan Prep was bought out by Kaplan, making Yang a millionaire.

It should not surprise us, then, that Yang supports “school choice” and has perpetuated an already-widespread distrust of and disdain for teachers unions, especially in regard to school reopening. Yang’s website reads, “I have two children in New York City schools. There will be no recovery without schools being open and teaching children safely every day.” In an interview with Politico, Yang said, “I will confess to being a parent that has been frustrated by how slow our schools have been to open, and I do believe that the UFT has been a significant reason why our schools have been slow to open.”

Conservative newspapers such as the New York Post and the Wall Street Journal have praised Yang’s “brave” positions toward teachers unions, part of an ongoing trend of distrusting unions and, by extension, the rank and file who compose them. The corporate media do whatever they can to either blast the reputation of teachers unions or assure the public that they are toeing the Democrats’ party line. This is why Randi Weingarten, president of the American Federation of Teachers, has been the media sweetheart over the last few months, assuring the public that she will not fight to keep schools closed and flaunting AFT survey results indicating that most teachers want to go back to work and feel safe doing so.

Wanting to go back to school is one thing, but feeling safe is another. According to the AFT survey conducted in early February, it’s safe to say that teachers are sick of being unable to do their jobs, and there is emphatic agreement that remote learning has been disastrous. But 64 percent also reported that they were very worried or somewhat worried about being infected with Covid-19. 71 percent were very worried or somewhat worried that they might get Covid-19 at work and then infect someone in their family. 36 percent of the surveyed teachers are at high risk for Covid-19, and 47 percent live with someone at high risk.

This survey is a sorry example of what “having a voice” in a union looks like — one-dimensional questionnaires, which flatten members’ frustrations, concerns, and opinions to a scale ranging from “strongly favor” to “strongly oppose.” Unions should be led by the rank and file, not occasionally consulted by them through surveys. Reopening plans should be crafted in assemblies of education workers and teachers, not behind closed doors in meetings with high-profile union leaders, school district officials, and politicians.

Despite the bureaucratic nature of teachers unions, they are still an essential organization of the working class, and we should question the motives of politicians who unfairly criticize them. Teachers unions are targeted because teachers and other education workers are the linchpin in capitalist profits; they not only teach but also provide needed childcare for the working class. It makes sense that the capitalist class is doing what it can to silence teachers’ concerns, which threaten the tantalizingly imminent return to its regularly scheduled programming — profiting off the overworked and underpaid working class. Nothing in Yang’s platform mentions teachers unions, even though NYC’s mayor controls education, and a major part of his job is negotiating with unions.

In addition to the charter school into which he has already poured his own money, Yang has mentioned that he is open to establishing more. Charter schools and other types of school choice policies are prime examples of educational privatization — while charters benefit from public funding, they can also receive corporate donations and be run by for-profit management organizations, draining money from public school budgets. Charter schools are also highly segregated and greatly vary in providing quality, consistent education. Moreover, they further divide the working class by creating large swaths of non-unionized teachers.

Let’s not be fooled by Yang’s veneer of progressivism: as long as he is aligned with the Democratic Party, his policies will always align with capitalists over people.