This week saw yet another brutal attack on an Asian woman, this time in New York City. The incident is part of a nationwide rise in anti-Asian hate crimes, fuelled by U.S. imperialism and anti-Chinese chauvinism. 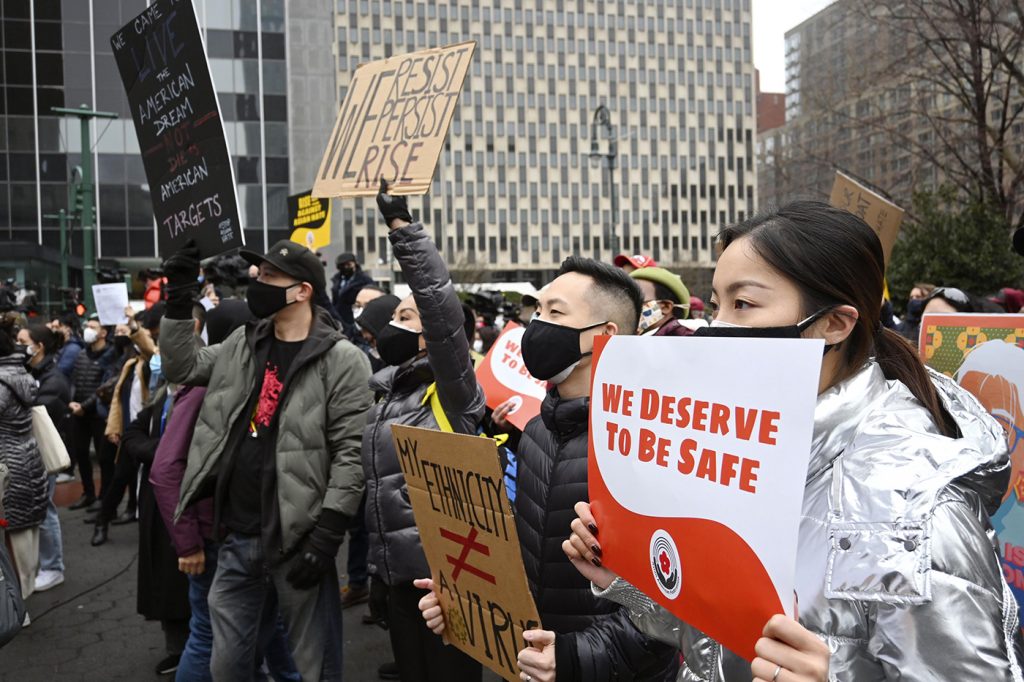 On Monday, a man brutally attacked a Filipino woman in broad daylight in New York City. The incident, captured on video, is the latest amid a rash of anti-Asian hate crimes across the country, fuelled by U.S. imperialism and anti-Chinese chauvinism.

Surveillance video shows 38-year-old Brandon Elliot physically attacking 65-year-old Vilma Kari, a Filipino woman who emigrated to the United States several decades ago. Elliot kicked her in the stomach, and then stomped on her as she was on the ground. He swore and hurled anti-Asian slurs at her, and yelled, “You don’t belong here.” Kari was hospitalized with serious injuries and a fractured pelvis, and discharged on Tuesday.

Incredibly, two men watched the attack from inside a luxury apartment building, but did not intervene. The building’s security guard even shut the door as Kari tried to get up after the attack.

Elliot was arrested and charged on Wednesday after he was identified by images taken from the surveillance video. He had been on parole since 2019 after being convicted of murdering his mother in 2002.

The attack came just ten days after a gunman brutally murdered eight people in a massage parlor in Atlanta, Georgia, six of whom were Asian women. And just days before Elliot assaulted Kari, a Seattle man was charged with a hate crime after shouting obscenities and hurling objects at Asian women and children on two separate occasions.

These are far from isolated incidents — they are part of a broader surge in hate crimes against Asians across the United States. From 2019 to 2020, there was a whopping 150 percent increase in anti-Asian hate crimes, and there were nearly 3,800 incidents between March 2020 and March 2021, including verbal harassment and physical assault. This number is likely higher, as not all incidents are reported.

On Tuesday, President Biden announced proposed measures to address the rise of hate crimes against Asians in the United States, including additional police training, prioritizing hate crime prosecutions, and establishing grants for survivors of sexual assault and domestic violence. Anti-Asian discrimination and hate crimes have been compounded by the coronavirus pandemic and former President Trump’s racist rhetoric about the “China virus”; however, U.S. imperialism and a “tough stance” against China from both Democrats and Republicans are to blame.

When it comes to his attitude towards China, Biden has far more in common with Trump than he would like to admit. The new administration’s hostile policies were on full display at a U.S.-China summit in Alaska earlier this month, and the White House recently released a document outlining the threat that China poses to “a stable and open international system.” There is a bipartisan need to contain the rise of China as a threat to U.S. hegemony amid the United States’ imperial decline.

From the 1882 Chinese Exclusion Act to the Japanese internment camps, anti-Asian discrimination has always been a part of U.S. history. It did not begin and end with the Trump administration, and it certainly will not end under capitalism, and under the United States’ need to shore up its imperialist hegemony. We must show solidarity with Asian communities in the United States who are the targets of brutal hate crimes like the one that took place in New York this week. But our solidarity cannot stop at the U.S. borders — it must extend to all Asian communities in the global working class, and take the form of fierce opposition to imperialism.