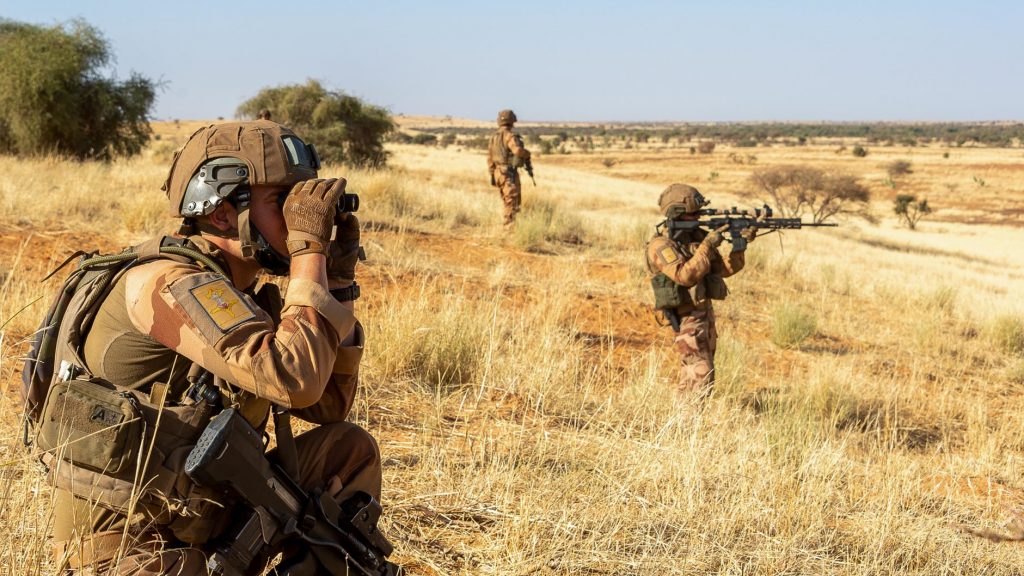 More than a thousand demonstrators gathered in the town of Tera, in Niger, on Saturday, November 27, blocking a French military supply convoy bound for Gao in Mali. The convoy is part of Operation Barkhane, the French-led military operation headquartered in Chad that began in 2014 against Islamist groups in Africa’s Sahel region. The protesters used tires to erect barricades to prevent the convoy from continuing on its route.

The convoy had already been blocked several times since it left Abidjan in the Ivory Coast, notably in several places along the route in Burkina Faso. At each blockade, the demonstrators make the same demands: French troops out now, and an end to the transfer of military equipment through their countries — which locals are experiencing as a form of recolonization.

In Tera on Saturday, the repression of these demonstrators by the French army and its allies in the Nigerian national police force was taken up a notch. First protesters were gassed with tear gas, and then the armed forces opened fire, killing three demonstrators and injuring 17 others, 10 of them seriously, as reported by Mediapart.

After being held up all morning, the convoy finally headed east to Niamey, then north to Gao.

The French army refutes having killed any civilians, claiming it only fired warning shots. However, a communiqué from the Nigerian Ministry of the Interior, published in a tweet from an American journalist, confirms that the convoy and its escort used force, resulting in the casualties. The French broadcaster TV5 Monde interviewed witnesses who made it clear that the army fired on the demonstrators.

The growing number of blockades along the army’s route marks an uptick in protests against the French presence in the Sahel. France is currently in the midst of reshuffling Operation Barkhane, and the populations in the countries of intervention and their neighbors — Mali, Niger, and Burkina Faso — are coming out in larger and larger numbers to express that they are fed up with the situation.

Demonstrators chant “French army out now!” and “Liberate the Sahel!” and “No more French invaders and recolonization convoys!” and “We don’t want you here!” These slogans show a clear rejection of French imperialism, which has intervened in the name of the “war on terrorism” but in reality is there to protect its political, military, and economic interests.

Meanwhile, attacks by jihadist groups continue in the region. Not only has the French intervention failed to stop them, but it even seems to feed the radicalization that strengthens these groups. That is precisely why local people — the first victims — have ramped up their denunciations of the French imperialist presence, which is contributing to the destabilization of the region and leading to so many atrocities by the French and their local armed allies.

First published in French on November 29 in Révolution Permanente.