Jill Biden confirmed today that two years of tuition-free community college won’t be part of any Build Back Better legislation. This shows, yet again, that Democrats don’t care about the working class. 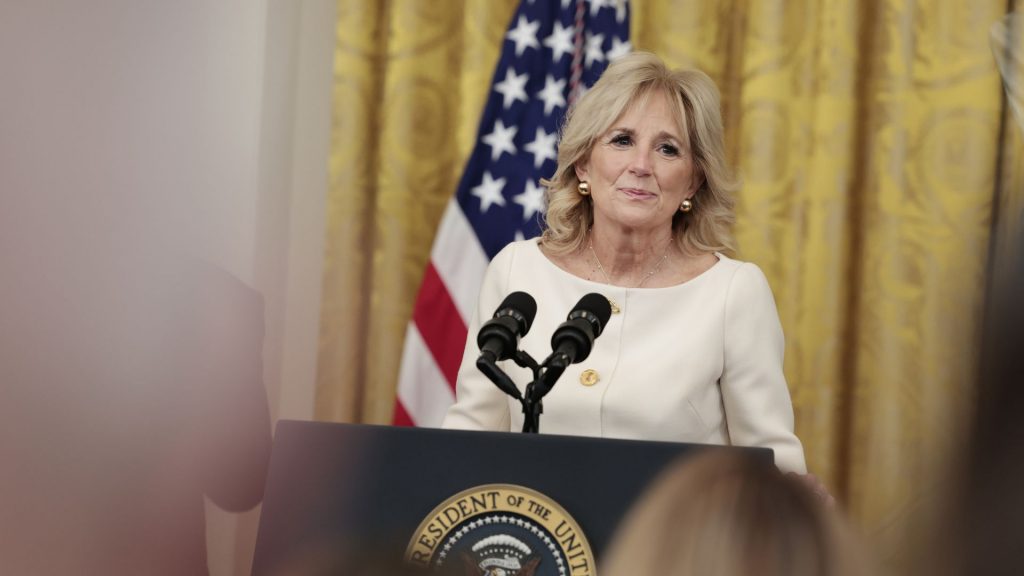 Another day, another broken promise from the Biden administration.

First Lady Dr. Jill Biden announced today that plans for two years of tuition-free community college have been scrapped from Democrats’ Build Back Better legislation. President Biden had made the promise during his campaign, and it was seen as the first lady’s signature initiative. Dr. Biden, a professor of English at Northern Virginia Community College, blamed difficult congressional compromises for the tanked legislation. But the truth is that nothing the Democrats have promised that might actually help the working class is ever safe from being compromised away or scuttled when convenient for them.

Abandoning tuition-free community college is just the latest in a series of betrayals from Biden and the Democrats. The administration has failed to pass even the most modest of reforms, whether extending the child tax credit or passing voting rights legislation. As we have written previously, this is not because the Democrats are inept or are hapless victims of insurmountable congressional obstacles — in fact, they’re quite skilled at passing exhorbitant military budgets, garnering support for Israeli apartheid, and shoring up support for the capitalist system.

Although Dr. Biden spoke on the provision today, it had originally been scrapped during Build Back Better negotiations in October. Build Back Better is the centerpiece of Biden’s legislative agenda and contained the bulk of his climate and social spending promises, like paid family leave. The bill was eventually whittled down from $3.5 trillion to $1.7 trillion before conservative Democratic senator Joe Manchin dealt it a death blow in December.

Even if passed, the proposal was already deeply compromised. As proposed, the plan would have waived tuition for two years at all community colleges for states that opt in, and would be in place for five years. However, one of the big problems with this structure is that many states simply choose to not opt-in to federal policies that would benefit the working class — think of how many states refused to opt-in on expanded Medicaid. Even states that might want to opt-in might not be able to because the federal government would only fully cover the program’s cost for the first year — assigning roughly $45.5 billion in funding — with states gradually covering the cost of the subsequent four years.

The Democrats abandon legislation like free community college because they only care about the working class and oppressed to the extent that they can win their votes. To win real victories, such as free community college and free higher education, we need to build a movement in the streets and in our workplaces. Above all, we must abandon the idea that working within the capitalist Democrats Party — or relying on the bosses that oppress us, and whose interests the capitalist parties serve —can achieve these important gains.