Anti-Zionism Is Not Antisemitism

The International Holocaust Remembrance Alliance offers a “working definition” of antisemitism. This definition is “bewilderingly imprecise,” as one expert says. Its purpose is to accuse the Left of antisemitism, as was the case when Trotskyist legislators in Argentina were recently accused of “antisemitism” for refusing to support Israeli apartheid. 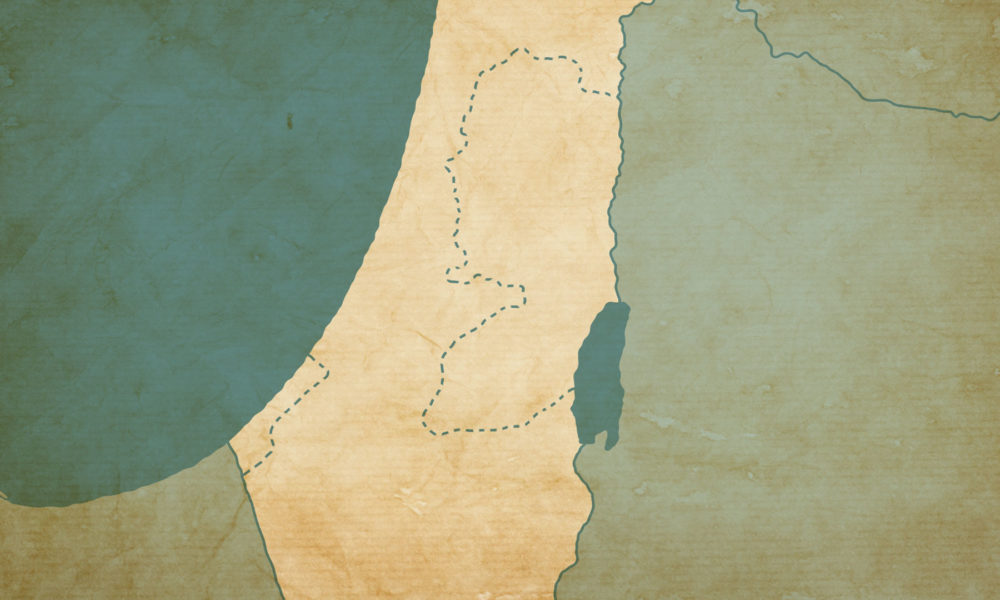 What is antisemitism? Despite the complex history of the term, the definition is pretty simple: anti-Jewish racism.

The IHRA is an alliance of 31 (mostly European and mostly imperialist) countries. This definition, as David Feldman, director of the Pears Institute for the Study of Anti-Semitism has put it, is “bewilderingly imprecise.” It might mean hatred — but it might not. It could be directed against Jews — but could also be directed against gentiles. This so-called definition covers everything and nothing.

The 38 words do not mention the state of Israel or Zionism. Yet it is accompanied by eleven examples, explaining that “Contemporary examples of antisemitism (…)  could, taking into account the overall context, include, but are not limited to…” Of these eleven examples, seven relate to Israel.

While the “definition” could not be more vague, the “examples” make explicit that any opposition to state of Israel is to be considered antisemitic. The eighth point is: “Applying double standards by requiring of [Israel] a behavior not expected or demanded of any other democratic nation.”

But what, exactly, constitutes a “double standard”? And who decides? People around the world condemn Israel’s brutal occupation of Palestine. But the Israeli government and its supporters will point to other cases of ethnic cleansing, occupation, and mass murder to claim that Israel is being treated unfairly.

Another example of supposed “antisemitism” is: “Denying the Jewish people their right to self-determination, e.g., by claiming that the existence of a State of Israel is a racist endeavor.” So anyone who does not support an exclusively Jewish state covering all of Palestine, and anyone who defends the Palestinians’ right self-determination, is explicitly called an antisemite.

Zionism here is presented in the language of a national liberation movement (“self-determination”). But the founders of Zionism were very explicit that theirs was a colonial project, and they initially sought the patronage of the British Empire. London hoped to create a “little loyal Jewish Ulster in a sea of hostile Arabism,” in the words of a British governor of Jerusalem. Following the model in Northern Ireland, a settler population would guarantee the interests of imperialism. Israel now fulfills a similar role for the hegemonic imperialist power, the United States. The demand to dismantle the Zionist regime is not about denying self-determination — it is a basic demand of decolonization, no different than the demands to end Apartheid in South Africa (which was, of course, supported by Israel).

Supporters of Israel have tried to introduce this definition all around the world, from college campuses to national parliaments, in order to then attack the Left as antisemitic. This is precisely what the Argentine government of Alberto Fernández, in cooperation with the Israeli government of Benjamin Netanyahu, is attempting. Since the radical Left, represented in parliament by the Workers Left Front — Unity (FIT-U), rejected this definition, they were immediately accused of antisemitism by the Zionist Organization of Argentina.

The definition is so vague as to be meaningless — but that is precisely the point. On this basis, anyone can be credibly accused of antisemitism, and anyone can be shielded from that accusation. As Kenneth Stern, who drafted the original definition, said: “The definition was not drafted, and was never intended, as a tool to target or chill speech on a college campus.”

Donald Trump, for example, has publicly violated the sixth point: “Accusing Jewish citizens of being more loyal to Israel, or to the alleged priorities of Jews worldwide, than to the interests of their own nations.” Speaking to U.S. Jews, Trump referred to the Israeli leader as “your prime minister.” Yet Trump has never been accused by these right-wing forces of antisemitism.

Benjamin Netanyahu continuously violates the eleventh point: “Holding Jews collectively responsible for actions of the state of Israel.” His government constantly tries to define the state of Israel — whose Jewish citizens make up less than half the Jewish population of the world — as the “nation-state of the Jewish people.” Every crime committed by the Israeli state is presented to the world as the work of “the Jews.” But again, Netanyahu has never been accused of antisemitism.

We are witnessing a complete redefinition of the term antisemitism. It is now used by right-wing forces like Jair Bolsonaro of Brazil or Viktor Orban of Hungary to attack the Left. These figures combine classical antisemitic tropes — such as their hatred of George Soros as the supposed Jewish puppetmaster of the world — with strong support for the right-wing government of Israel. This might seem like a contradiction.

But evangelical churches, whose doctrine claims that Jews murdered their savior and must all perish in Armageddon in order for the righteous to ascend to heaven, have long been the bedrock of support for Israel in the United States. To give just one example, the preacher John Hagee has said that Hitler had been doing God’s will — Hagee spoke at the opening of the U.S. embassy in Jerusalem, to cheers from the Israeli government.

Zionism has never been shy about alliances with extreme right, antisemitic forces. The founder of Zionism, Theodor Herzel, met with the Interior Minister of Tsarist Russia, the murderous antisemite Vyacheslav von Plehve, to speak about how to convince Jews to leave Russia. The Nazi government of Germany even signed the Haavara agreement with the Zionists in order to help Jews leave the country, while breaking the international boycott of fascist Germany.

So the IHRA definition is employed by the (antisemitic) right in order to attack the Left. This happened with Jeremy Corbyn, a left reformist who was surprisingly elected leader of the Labour Party in the UK. Corbyn was no radical, but he was extremely popular with the youth. His record of opposition to NATO and to imperialist wars, and also to the occupation of Palestine, meant that he was unacceptable for the British ruling class as a possible prime minister.

One of the main tools they used to fight Corbyn was the accusation of antisemitism. And there is a certain irony to the fact that Britain’s tabloids, with their long histories of hating Jewish people and even supporting Hitler, called this mild-mannered social democrat an antisemite. The Labour Party was forced to adopt the IHRA definition, and on that basis, to expel anyone who expressed any kind of opposition to Israel. The people expelled included the Black Jewish antiracist activist Jackie Walker and even the Israeli-British socialist Moshé Machover.

It is not not unusual for extreme right gentiles to accuse Jews of antisemitism. The most absurd example was the Trump adviser Sebastian Gorka, who appeared on TV on the night of Trump’s election wearing a symbol of Hungarian fascists. Gorka accused a liberal Jewish critic of antisemitism!

These false accusations of antisemitism against the Left cannot in any way hide the fact that racist hatred against Jews still exists. Recent years have seen an increase on attacks against Jewish people and institutions to the growth of white supremacist groups in the United States that use Nazi symbols to invoke their supposed racial purity. We will fight against these expressions of racist hatred relentlessly, as we always have and always will.

The socialist Left has a long history of fighting antisemitism. August Bebel famously referred to antisemitism as the “socialism of fools.” Jewish people have always played such an important role in the socialist movement because socialism promised complete equality for everyone, and a dissolution of rigid national and ethnic groups into a universal human culture.

At the same time, the socialist Left has always opposed Zionism. Among the Jewish workers of Europe, Zionism was a minority current. Revolutionary Jewish workers opposed the reactionary utopia of a new Jewish state in Palestine — they preferred to fight where they were, alongside workers of all other nationalities, for their common liberation.

The fact that socialists, who were once accused of representing a Jewish conspiracy, are now being accused of antisemitism, is probably one of the most bizarre phenomena of capitalism in decay. But socialists will continue to fight for the program we have always defended: against all forms of racism, and also against imperialism and colonialism, for the self-determination of all oppressed people, including the Palestinians.

We fight for a socialist revolution in the Middle East. We demand the right of return for all Palestinian refugees and the dismantling of the Israeli state as a pro-imperialist and colonial enclave. Our goal is a socialist Palestine with full democratic rights for all people who want to live there. A democratically planned economy would make it possible to break from imperialism and create equal living conditions for everyone.