Are we facing a new turning point? 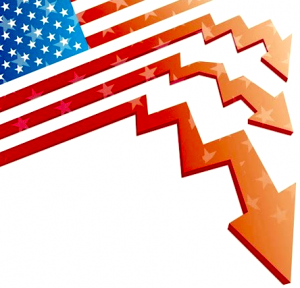 One of the three most important credit rating agencies, the Anglo-Saxon agency Moody’s, has threatened to reduce the rating of 87 banks from 15 countries of the European Union (EU). Yesterday, in order to get credit in the market, the public bonds of the Italian debt paid an interest rate that is above those that Greece, Portugal or Ireland were paying, when they were “bailed out.” Today, Portugal paid an interest rate that is double those figures. The EU is going towards a new summit by December 9, after having broken the promises of previous similar occasions. The IMF let an announcement leak, which was then denied, according to which it would contribute 600 billion dollars to prevent the collapse of the Italian economy, the third-largest in the euro zone. Recently, the US Federal Reserve (the Fed), the European Central Bank (ECB), and the central banks of England, Japan, Canada and Switzerland, announced a coordinated action to guarantee the liquidity of the global financial system. The stock markets of the world’s main economic centers are in a constant rise and fall, a prelude to big explosions.

It’s not only Europe …

The most red-hot center of the crisis is undoubtedly in the euro zone and Europe, which has already entered a situation of slight recession. However, the economy of the United States is growing at scarcely 1.7% (against the already very low 2.5% expected, too insufficient to absorb the level of unemployment and respond to the tensions of the world economy); several of its main banks are in a critical state; it is facing bankruptcies, like the recent one at American Airlines, as well as new threats from the rating agencies to reduce its rating, in view of the failure of the congressional “super committee” to agree on budget cuts for the years to come. The tendencies toward recession and the profound crisis of the euro zone and Europe, as well as the extreme weakness of the US recovery, have already made exports from China to both countries fall. As a result of that, in China, the growth of Gross Industrial Product has begun to slow down, owing to the fall in exports, a matter that, over and above the fact that growth continues to be high (9.5% against 10.2% in 2010), poses serious problems in the medium term.

The disparities that in 2010 tended to be combined in a relatively “virtuous” way for capital, are now threatening to combine in a “vicious” way, displaying the real limits of the poorly-named “decoupling.” The method proposed by Leon Trotsky, to which we have appealed, that suggests analyzing the general tendencies of the economy, not only by the economic indicators, but by really taking into account the relations between states, even in a situation very different from that of the 1920’s, has again been shown to be correct, against all those who, less than a year ago, were in a hurry to declare the crisis over.

Germany and the EU Summit

It is in this general context that we must interpret the very critical situation of Europe and the euro zone. Germany, that, after having lived on the weakest countries of the zone during the preceding decade, is now condemning them to the deepest recession, added to its refusal (up to now) to implement a plan of eurobonds and the veto of a massive intervention of the European Central Bank (ECB), is proposing a scenario that, combined with the weakness of the United States and China’s reduced ability to absorb imports, would open the door to the collapse of Germany, together with its backyard. Faced with this storm, that is being foreshadowed on a nearby horizon, intense negotiations are taking place that, without being very clear, presuppose the attempt to move forward in a plan of a fiscal union of the strongest countries of the region (all those that have a Triple A rating). This union, that would entail not only the continuation of the brutal austerity measures on the most vulnerable countries, but also intensifying austerity on the “strongest” countries, would, at the same time, open the door to some type of joint action and probably to some form of “eurobond,” that, issued among the “strong” states, would avoid the cost that Germany is refusing to pay, if it sees its reference interest rates increase, to absorb the “weak” states in a common bond. In the measure by which the fiscal union of a certain number of countries would be created, next to the monetary union, putting the European Central Bank and the rest of the central banks on equal conditions, in view of possible runs on the banks, would be permitted. The central banks of the different countries have their treasuries behind them, but the ECB does not. A fiscal union among the strongest countries would permit the Treasury Departments of the countries with Triple-A ratings to vouch for the ECB if a bank run were created against it. Apparently, the question of the Fiscal Union is a key element that Merkel is seeking to settle through bilateral treaties, that would exempt from the requirement for the 27 [EU member states] to sign, in order to modify the Treaty of Lisbon, which would probably take years. In this way, the Fiscal Union could authorize a massive intervention of the ECB, which is what France, Italy, Spain, and the United States, among others, are desperately waiting for, and which could calm the financial chaos down, although probably not for too long…

Even if the massive intervention of the ECB were to become a reality, it is necessary to bear in mind that even this restraint would be far from avoiding the advance of the recession, the United States’ weak growth, much less, the lesser growth of China that is taking place as a by-product of the drop in exports, both to Europe and to the United States. But if Germany (and France) did not manage to authorize the ECB’s intervention, and if the IMF did not intervene either, then the situation as a whole would quickly go, no longer to a new “Lehman Brothers,” but to a catastrophe of much greater proportions. Italy’s collapse would not resemble a “Lehman Brothers,” nor would it be comparable to the fall of Greece, that, nevertheless, would be much more serious than a replay of “Lehman.” The problem is that if Germany lets the euro fall, it destroys itself both from the financial and commercial point of view, at a time in which China no longer appears as a countertrend with the “strength” of 2010, but, rather, begins to be a part of the problem. In this way, if “Frau nein” (as German Chancellor Angela Merkel is being called) continues saying “no,” the euro zone would enter a dark region, but …

Where would Germany itself go?

The intensification of the economic crisis is causing profound political crises and tendencies to polarization on the left and on the right. Beside the recently created “technocratic” Bonapartist governments of Greece and Italy (1), encouraged by the governments of Merkel and Sarkozy, in the strongest countries of the euro zone themselves, not only xenophobic tendencies, but also “europhobic” parties, are developing (2), as well as profound tendencies within the German coalition government, clearly opposed to intervention by the ECB. If the euro zone exploded, Germany would enter a deep recession (currently, projected growth is less than 1% for 2012). Such a situation would lead Germany to rush into an acute crisis, by being deprived of its main export destinations, a matter that moreover would be accompanied by a series of bankruptcies of the main German banks. In this context, Germany would go into a downward spiral. The alleged fear of inflation (a reminder of the epoch preceding Hitler’s rise to power), as an argument against the bond issue of the ECB, could create the conditions for a profound deflation that would lead to a similar result (crisis, class struggle and sharp political polarization in Germany itself), although by another route. Even if, finally, a plan for massive intervention by the ECB become effective, it would only postpone this prospect.