Argentina: XIVth Congress of the PTS 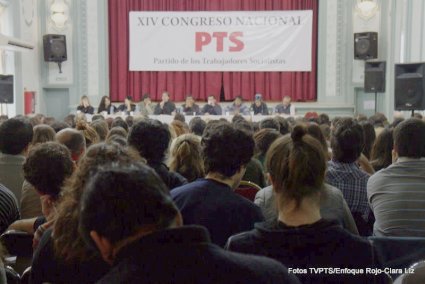 A daily digital multimedia newspaper, an official shortlisted Presidential candidates, a campaign for the non-payment of the external debt and a call for a referendum to decide on the latter were amidst the resolutions voted by the XVIth PTS Congress, held in Buenos Aires on 20-22 June, 2014.

The resolution passed at the Congress reads: “Facing with the collapse of the government’s centre-left project and the fact that the opposition agrees with the government in key issues like the payment of the external debt and that the adjustment has to be paid by the working people, it is necessary for the left to express its policies daily. Last October the left obtained more than million votes and for that reason in the coming months the PTS is going to embark in issues an on-line daily newspaper to be released in September. This will be a multimedia digital paper, the first of its kind produced by the left. Main political debates, both national and international will be covered in the paper. Workers’ struggles narrated by its protagonists will also be reflected on our pages. It will also include current affairs, culture and entertainment sections”.

On Saturday 21 June, the Congress voted to shortlist MP Nicolás del Caño, provincial MP Christian Castillo, provincial senator Noelia Barbeito and trade union leader and former FIT legislator FIT for Neuquén, Raúl Godoy for President and Vice president for the 2015 election. The resolution says: “the party in government and those in the opposition: the Frente Renovador, the FA-UNEN(the coalition between Coalición Cívica, Proyecto Sur, the Socalist Party, UCR, and others in the City of Buenos Aires), the PRO and the centre-left, all of them have already started to nominate their candidates for the next election to succeed Cristina Fernández. They are preparing for the election while they agree with the government in paying the external debt at the expenses of the working people. We ratify our support to the Left and Workers’ Front, the only independent national coalition that puts forward an alternative for the political independency of the workers. Therefore we endorse our allies in the FIT to be shortlisted”.

In addition, a “National Campaign for the non-payment of the debt” was approved and a demand of a “binding referendum so the people can decide on this burning issue”. The foundation for this resolution says, “The extortion is not coming only from the vulture funds but from the entire mechanism of the external debt. We are not calling for the non-payment of the foreign debt as an isolate measure but as part of an integral plan of national sovereignty against imperialism”. The delegates also voted a campaign of solidarity with workers sacked and suspended in the car parts maker Lear and in the printing plant Donnelly, both American firms. “We are not going to allow for vulture capitals, who make millions all over the world, to pick on us (activists). For that reason the left is supporting the struggles of the workers at Lear and Donnelly, as part of our policy to express solidarity with the workers’ struggles and those who are confronting the offensive of the capital as in Neuquén Ceramics Factory and Paty.

More than 300 hundred delegates from all over the country participated in it, many of them are trade union representatives from steel works, food industry plants, printing plants, sugar refineries, teaching and public sector workers, and secondary, higher education and university students. The PTS saw an increase of its membership by 40% since its previous congress celebrated in April 2013. 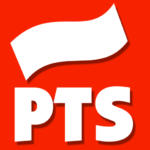