Since being elected in November last year, Argentina’s right-wing President Mauricio Macri has pushed harsh neoliberal measures, including mass lay-offs. This provoked big protests and strikes, and the growing influence of the radical Left and Workers Front (FIT) reflects the push back by popular sectors against the right-wing offensive. 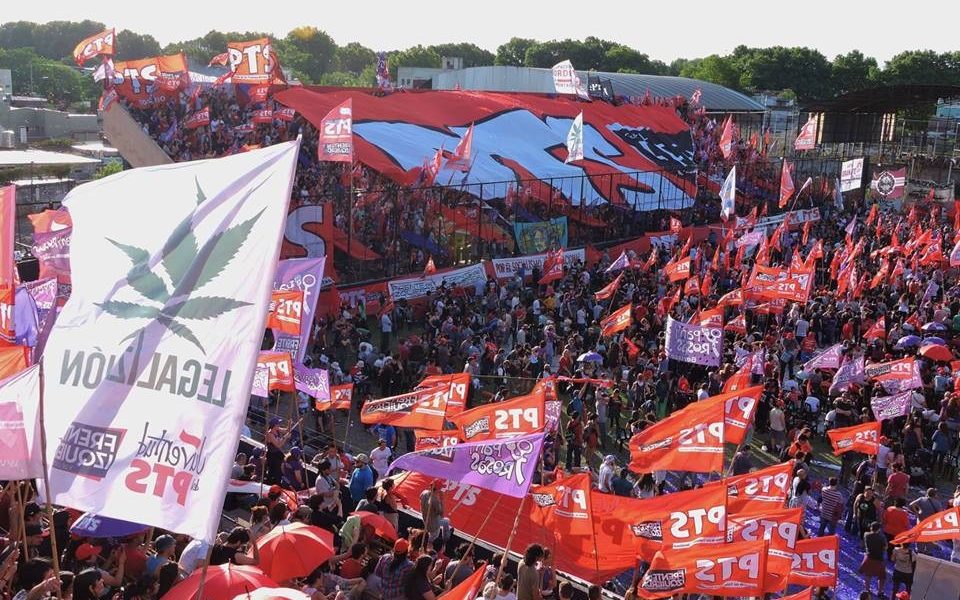 The following article was initially published in The Green Left

On November 19, more than 20,000 people filled a football stadium in Buenos Aires for a mass rally called by the FIT.

Building on its strong showing in last November’s presidential elections — where FIT candidate Nicolas del Cano won 3.47% a record high vote for a far-left candidate — the rally is a further sign of the left alliance’s growing influence.
Below is a translated and abridged version of a report on the rally originally published in La Izquierda Diario.

* * *
On November 19, the FIT staged the most important rally organised by the Argentine left in three decades. More than 20,000 people took part in the emotive event that filled the stands and playing field of Atlanta Club’s football stadium in the city of Buenos Aires. The national gathering drew in large delegations from all of the country’s provinces.

The FIT involves the Socialist Workers’ Party (PTS), the Workers Party (PO) and the Socialist Left (IS). It has four parliamentarians at the national level and dozens of provincial deputies and local legislators. It has influence in hundreds of factories and has a presence in the country’s main trade unions. 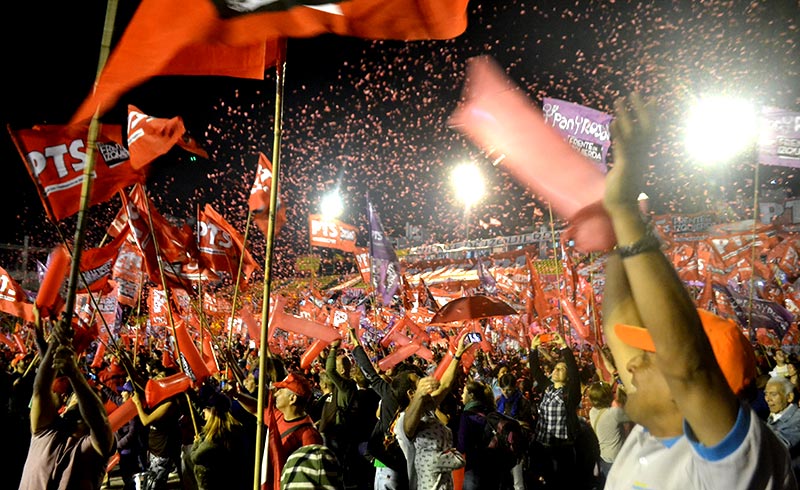 The FIT also heads up student unions in dozens of universities, colleges and high schools. It has a strong presence in the women’s movement, which recently organised one of the largest demonstrations against femicide under the slogan #NiUnaMenos (#NotOneLess).

The rally began with many contingents from various organisations marching into the stadium as key leaders from combative sections of the working class, youth movement and the struggle for women’s rights walked onto the main stage.
The first speaker was Ruben “Pollo” Sobrero, a railway workers’ union leader. He spoke of the need to confront the union bureaucracy and organise the combative sections of the working class.

FIT/PTS national parliamentarian Myriam Bregman focused on the rising women’s movement. Starting by denouncing Donald Trump’s victory in the US presidential elections, she said the “power of women is erupting in an explosive way in different parts of the world”. 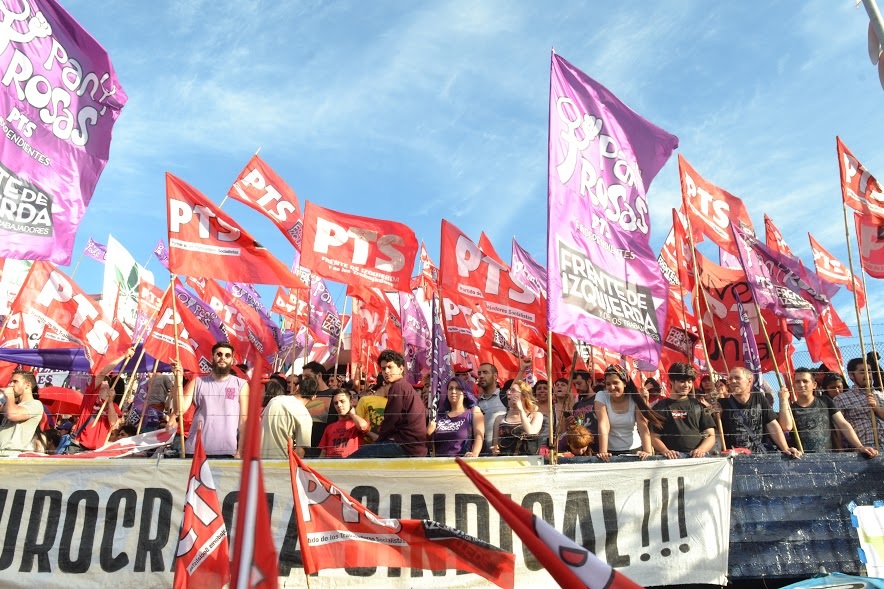 She also denounced the fact that “more than 300 women die each year in Argentina due to clandestine abortions.” “Both the Mauricio Macri government, as well as the previous governments of Nestor and Cristina Kirchner have refused to resolve women’s most basic demands, such as establishing refuges for victims of violence against women, guarantee equal pay for equal work and childcare in workplaces,” Bregman said.

Within this context, she criticised those who “take photos with signs reading ‘Not One Less’, but condemn thousands of women to the worst jobs, to misery and to unemployment”.

In her speech, former FIT national parliamentarian Liliana Olivero said: “Women are filling this stadium because we want to continue fighting for our rights. Femicides are one of the worst scourges of this patriarchal system.”

“I came to speak as a revolutionary socialist leader”, said Dellecarbonara. “Unions cannot be an ends in themselves; they have to be a means to organise the workers with the goal of defeating the capitalists and their governments.”

IS leader Juan Carlos Giordano celebrated “this united rally against the austerity being implemented by Macri and provincial governors, with the shameful truce of the CGT [General Workers’ Confederation], and for a general strike”.

PO leader and FIT parliamentarian Nestor Pitrola said: “The great potential of the Left Front lies in the fact that it puts forward an independent position to confront the capitalists.”

The final speech was given by Nicolas del Cano, the FIT’s 2015 candidate for president. He said: “Our struggle is not only to put an end to national capitalism, but to put an end to imperialism everywhere.”

Known for his active support for the struggles of workers and popular sectors, del Cano said that the rally demonstrated “the enormous development and political advance of the Left Front.”

Del Cano criticised the political caste that enriches itself while in public function. “They don’t know what it’s like to live on a workers’ wage,” he said.

He added: “With the exception of the trade unions and other social organisations, no traditional political force has the capacity to organise mass militant rallies of this type without having to rely on clientalist mechanism or the resources of the state. This is doubly significant and locates the FIT as a force with political weight on the national scene.”native.

Del Cano differentiated the FIT from the national government and the Peronist opposition: “If Macri has been able to advance his agenda it is thanks to the support he has received from the Renovation Front of Sergio Massa in the Chamber of Deputies and the Front for Victory in the Senate, who voted for all its laws.”

In his speech, the FIT leader made a call to broaden the Left Front and incorporate left figures and other forces to strengthen it as a political alter
Both the Renovation Front and the Front for Victory are part of the Peronist movement in Argentina.

“Governors and the CGT union bureaucracy have also been accomplices, allowing sackings and wage losses to happen without even calling a 24-hour strike. Every day the anger against the government grows, but we will not allow this to be used to see Peronism return to power.”