“Arkansas Essentially Made Abortion Illegal”: An Interview with an Abortion Nurse

Left Voice spoke with Angelique Miste Saavedra, a reproductive justice activist who worked for over two years as a nurse at an abortion clinic. 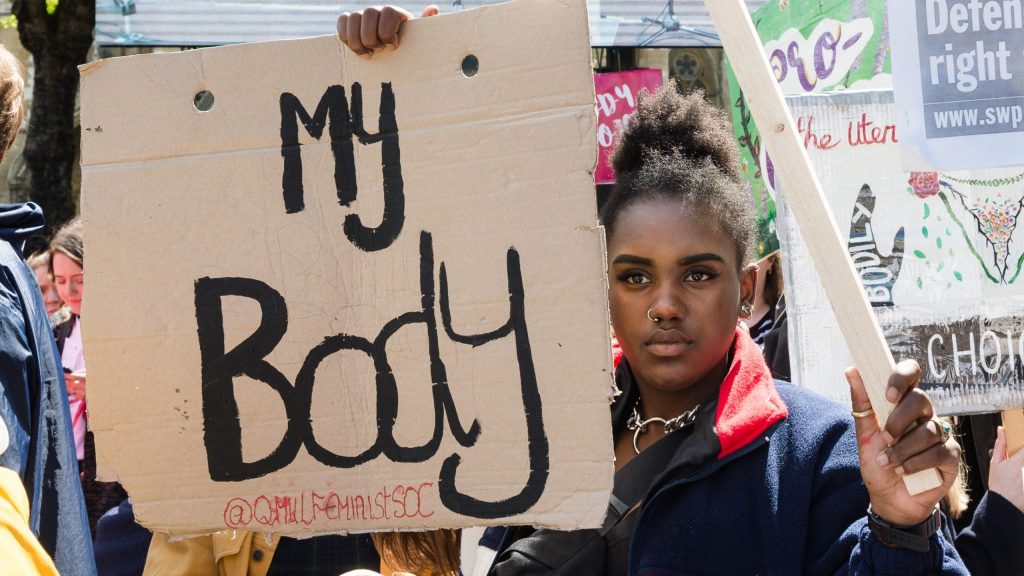 Left Voice spoke to Angelique Miste Saavedra, a reproductive justice activist and nurse practitioner in New York. She worked for over two years as a nurse at an abortion clinic. We spoke with her about the draconian anti-abortion law passed in Arkansas.

What is the new law in Arkansas about?

This is one of the most restrictive abortion laws ever to be conceived. It’s basically an abortion ban; Arkansas essentially made abortion illegal. It doesn’t allow people with uteruses to have abortions even in cases of rape and incest, which is inhumane and cruel to force more trauma on these individuals. It only has an exception for the life of the person carrying the fetus. Providers who break the law will be fined up to $100,000 and spend up to 10 years in prison. It will go into effect this summer if it is not stopped by the courts first.

Why is this happening now?

Over the past decades, there have been a series of new laws that infringe on the right to an abortion, although this one is the worst and most draconian. Anti-abortion advocates are getting more bold.

With the new Supreme Court justice in place, conservatives and anti-abortion people are testing the waters to see how far they can take it. The governor of Arkansas said as much. In a release from his office, Asa Hutchinson said, “(The ban) is in contradiction of binding precedents of the US Supreme Court, but it is the intent of the legislation to set the stage for the Supreme Court overturning current case law.” It’s paving the way for more states to challenge and try to restrict the laws.

And of course, the goal is to try to overturn Roe v. Wade. In states like New York, we have our own protections to keep abortion legal. Even if Roe v. Wade is overturned, we’ll have access to abortion here. But in many states, they will get rid of the right to an abortion. And this is an important class issue. Wealthy people will take an airplane elsewhere. But folks who don’t have the means to travel are going to be forced to give birth, or maybe have illegal and unsafe abortions and it’s really fucked up.

ACLU and Planned Parenthood are going to challenge this. This will be decided in the courts and so far some of the most all-encompassing abortion bans have been stopped by the courts, like the South Carolina ban. But we shouldn’t just trust the courts — this just shifts the bar further to the right on this very basic right. And the past decades have seen a slew of restrictions pass. The bar just keeps getting lower.

What are the consequences of this kind of law?

I’ve seen firsthand patients coming in who have traveled very far to get an abortion from another state. They were either not in the right place in their life to become a parent or they were migrating to the US and were raped multiple times on their way here. They sobbed with relief when they were able to get an abortion because they were no longer pregnant with the rapist’s fetus.

It was overwhelming to see the struggles as an abortion nurse, of patients coming in from other states or recently arrived from another country. They have to find childcare, to get on an airplane or pay a bus fee and a hotel stay. Abortion should be a right anyone can access for free, but it becomes a class issue. These are real barriers for folks trying to obtain an abortion. Not being able to access an abortion nearby is especially traumatic for people who have been raped or people who experienced some kind of trauma. It was hard to witness that as an abortion nurse. I have countless stories of people who have gone through so much to receive this basic healthcare right.

And these kinds of laws delay things. Abortion is extremely safe. It’s safer than childbirth. But it’s safe if it’s done legally, by a medical professional.

What these abortion restrictions do is delay access to abortion which means, for example, instead of someone having a 5-minute aspiration abortion procedure at 6 weeks they might have a lengthier abortion procedure at 18 or 24 weeks because they need to save money for traveling out of state, obtaining funding for hotel accommodations, and finding childcare.  Abortion is still safer than childbirth if done legally by a trained medical professional. But as the weeks progress, the abortion procedure becomes longer, carries more risk (as with any medical procedure there are always risks), and is more expensive than, say,  an abortion at 12 weeks.

What can be done about it?

Supporting abortion funds is a starting point because it’s crucial to get folks the money they need for an abortion.They raise money for people to have funding to get the abortion or find childcare and a place to stay.

This is a big thing to fight against: the conservatives who call themselves “pro-life”. They are anti-abortion. They have. a lot of power and we need more organizing. Storytelling and story sharing is important so people can talk about their experiences. It’s a central component to de-stigmatizing abortion.

I have shared my stories, written articles and spoken a lot about my experiences. When I was 20, I had a daughter , and I made an adoption plan for her. It means I signed my parental rights away at the age of 20 and my daughter has adoptive parents. I still communicate with her, but it was one of the most traumatic things in my life to be separated from my daughter. People who say that adoption is an alternative to abortion—they are full of shit. I also had an abortion and it was way less traumatic than the adoption experience.

I also think we can point to the recent example in Argentina, where the feminist movement put up a huge fight to legalize abortion. The thousands of people in the streets forced the government to concede despite the power of the Catholic Church. It’s inspiring and it’s an example to all of us here. Free, safe and legal abortion on demand and without apology. We’ll need to build a movement because the politicians won’t give us anything if we don’t fight for it.