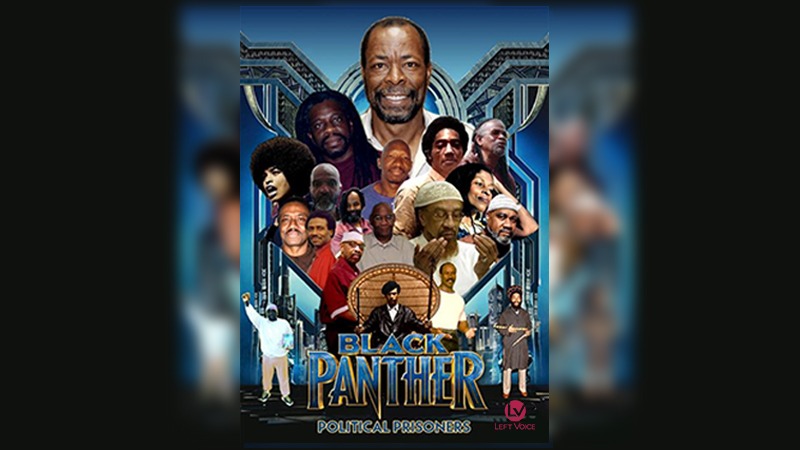 As Black History Month comes to a close, Left Voice recognizes the struggles of the revolutionaries in the Black liberation struggle. Since we published this poster last year, we celebrate Herman Bell, a political prisoner who has been freed.

Mumia Abu Jamal is still locked up, despite massive mobilizations over the years. He was first allowed to appeal, but “progressive” District Attorney Larry Krasner has since blocked the appeal.

On Sunday, the film “Black Panther” won in several categories at the Oscars. Ruth E. Carter won an Oscar for best costume design, and Hannah Beachler won for best production design, both being the first Black people and Black women to win in those categories.

Meanwhile, the real Black Panther political prisoners are still locked up. These real superheroes fought for socialism: the liberation of the working class and oppressed people They created social programs like the free breakfast program that forced the U.S. government to provide free breakfasts and lunches for low-income children as well as free clinics that forced the U.S. government to research sickle cell anemia, a disease that disproportionately affects Black people. They defended themselves and the community against police violence, and even got into a four-hour shootout with the LAPD at 41st and Central. The Special Weapons and Tactics (SWAT) teams were created to target the Black political organizing against the Panthers’ Southern California chapter in Los Angeles.

The Panthers across the United States and internationally fought for those principles under threat of death and imprisonment.

Which is why we denounce the Central Intelligence Agency — the CIA — for its pathetic and ironic tweeting about the movie “Black Panther.” The CIA in real life is largely responsible for the destruction of the Black Panther Party for Self-Defense. After the CIA, FBI and local law enforcement around the United States assassinated and destroyed the Black Panther Party and other Black liberation organizations, the CIA helped destabilize the Black community through drugs brought into the community and the promotion of bloody gang wars. The CIA now thought it appropriate to tweet about its latest gadgets and appear friendly. In the movie the CIA agent appears plucky and fun, but the real CIA is an enemy of oppressed people in general and Black people in particular.

Black Panthers and other political prisoners are still rotting behind bars. We can and should fight for their freedom and continue the struggle for socialism and Black liberation.

Celebrate the history of resistance of the real superheroes! Free ALL political prisoners! Salute to the fighters of the Black liberation struggle!