As Facebook Comes Under Greater Pressure, It Is Becoming More Dangerous

Leaked internal documents show that Facebook has repeatedly prioritized profits over safety. The company will only double down on these methods as its products decline in popularity. 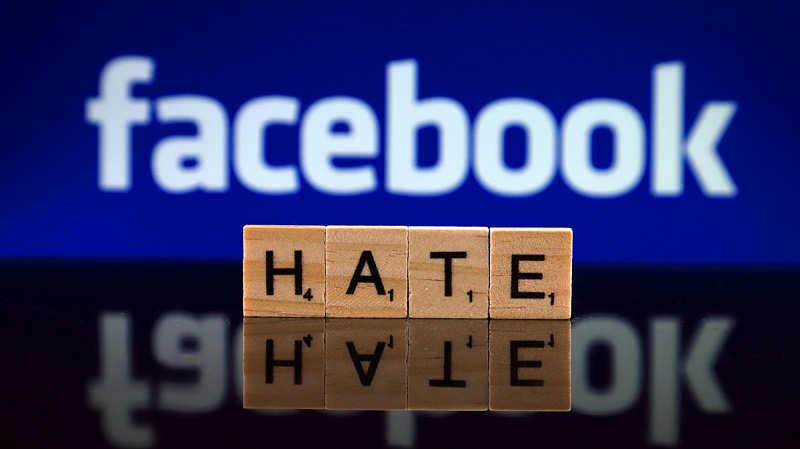 While the crash of Facebook-run apps dominated the news this Monday, in recent weeks the company has also been in the spotlight for leaked reports showing that it puts profit-making above all else. These actions include making changes to its algorithm that increase hateful content on the platform, and dismissing reports about Instagram’s harmful effect on teens.

This latest scandal for the social network was unleashed when a former employee, 37-year-old data scientist Frances Haugen, leaked several internal Facebook documents to the Wall Street Journal. The documents revealed to the public that the company’s private acts contradict its official narrative. Haugen, who gave an interview to CBS’s 60 Minutes this weekend, testified before the U.S. Senate on Tuesday.

The leaked documents show that Facebook executives know that the company’s platforms — Instagram, WhatsApp, and Messenger, in addition to its flagship social network — are, in many cases, harmful to users. The revelation that has generated the most indignation among the press and social media is that the company’s own investigations show that Instagram is especially “toxic” for teenage girls. According to the company’s reports, the photo-sharing platform exacerbates body-image issues in one in three teenage girls.

Another major revelation is that algorithm changes carried out in 2018 under the guise of “improving” the platform had the opposite result and turned it into a more negative environment, promoting provocative, hateful content that encouraged argumentation.

In her CBS interview, Haugen stated that, “There were conflicts of interest between what was good for the public and what was good for Facebook. And Facebook, over and over again chose those to optimize for its own interests, like making more money.”

She further noted that Facebook is incentivizing “angry, polarizing, divisive content” because it generates more views and more engagement on the platform. “It’s easier to inspire people to anger than it is to other emotions … Facebook has realized that if they change the algorithm to be safer, people will spend less time on the site, click on less ads, they’ll make less money,” she added.

On Tuesday, Haugen testified before the U.S. Senate Consumer Protection Subcommittee which is investigating practices at Facebook in the wake of the leaks. She criticized the extent to which Facebook, “operat[es] in the shadows, hiding its research from public scrutiny,” and highlighted the disproportionate control exerted by CEO Mark Zuckerberg. The solution to the crisis, according to Haugen, is to “break out of previous regulatory frames”; in other words, stricter regulation of social media platforms.

Facebook released a statement after the hearing to try to cast doubt on Haugen’s testimony, claiming that she was not privy to senior executives’ decision-making process. However, the company said that it agreed that “it’s time to create standard rules for the internet,” and that “instead of expecting the industry to make societal decisions that belong to legislators, it’s time for Congress to act.”

Senior Facebook executives have already testified several times before Congress — seven times in four years, for Zuckerberg — and have always staunchly defended the company. The leaked documents could reveal inconsistencies or contradictions with those testimonies. If it were proven that Facebook executives lied or deliberately withheld information from Congress, could be found guilty of perjury.

Facebook has responded evasively to the Wall Street Journal’s allegations and has done so not through its senior figures but through its “strategic response team.” First, they said the research data was incorrect and out of context, which infuriated the company’s own analysts who had worked on the leaked documents. They knew the information was accurate and expressed their unease within the corporate chats, which forced Facebook to backtrack.

Facebook workers were also outraged by the company’s internal response to Instagram’s harmful influence. According to the New York Times, the company said internally that it was incorrect to claim that Instagram can harm the mental health of teenage girls and that the correct thing to say is that, “Teens who have lower life satisfaction more likely to say Instagram makes their mental health or the way they feel about themselves worse than teens who are satisfied with their lives.”

Facebook has a bigger problem than Monday’s crash: the steady decline of their flagship product. This will drive them to double down on any method that enables them to maximize profits regardless of the consequences on the platform’s users.

As a New York Times columnist points out, Facebook use among U.S. teens has been declining for years, and internal research has predicted a 45-percent drop by 2023. Although Instagram’s growth offset this declining interest, Instagram, too, is losing market share, particularly to faster-growing rivals like TikTok and Snapchat. Against this backdrop, the company has been focusing on ways to appeal to kids and preteens, calling them a “valuable but untapped audience.”

This decline does not mean that Facebook will go under overnight. However, a company of its size, which handles billions of people’s sensitive data in a non-transparent manner, to say the least, and which privileges its profits above all else, is a potential danger. A danger that, as the reports show, is already hurting people, and will get even worse as its applications become less profitable.

Originally published in Spanish on October 4 in La Izquierda Diario.

Translated and updated by Otto Fors