As the School Year Begins, America’s Children Are the Sacrificial Lambs of “Return to Normal”

Recent CDC data suggests that without masking or systematic testing, 91% of children under 12 could become infected with the delta variant of the coronavirus within three months. In many states, ICUs are already full. This could have been avoided if not for capitalists choosing profits over people’s lives. 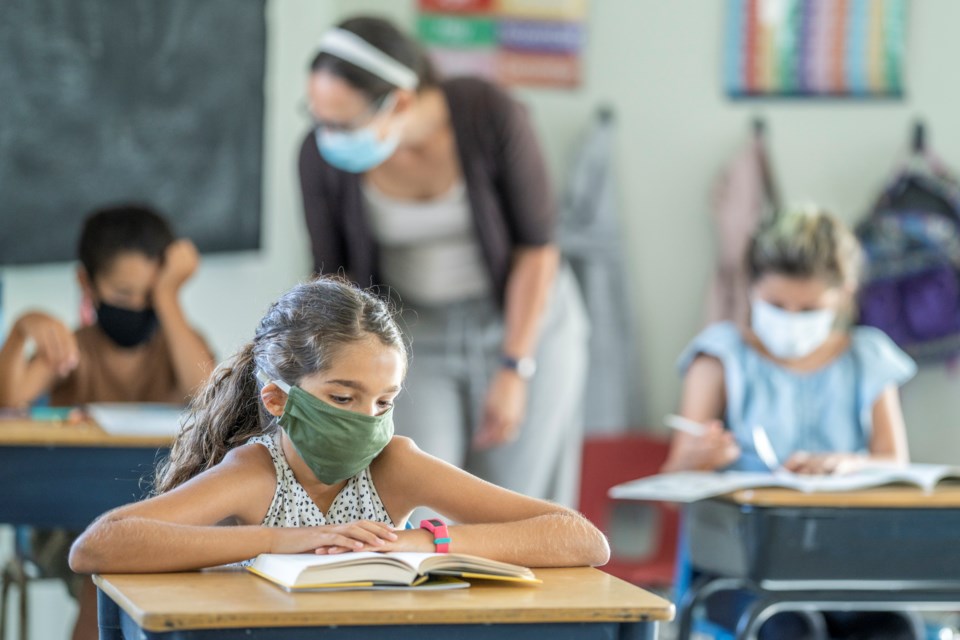 I start teaching in person this week for the first time since March 2020. New York, where I live, is currently in the safest 20% of states in terms of new daily cases of Covid-19. It has an above-average statewide vaccination rate. In New York City, there are high levels of continued masking, including in places where it is not required. My particular university has both a vaccine mandate and a mask mandate. I feel grateful for this situation, compared to what millions of other education workers are currently experiencing, yet even so, this risk estimator predicts that my average teaching week will put me at “high risk,” “very high risk” or “dangerously high risk” of contracting Covid-19, depending on which assumptions I make about my students’ social lives and the distancing capacity of my classroom.

I teach at the university level, which in my case means my situation is better even compared to my K-12 colleagues teaching in NYC public schools. While Mayor Bill de Blasio has mandated vaccines for faculty and staff, this mandate does not take effect right away and does not apply to students. The NYC Department of Education has announced that only 10% of students, teachers, and staff will be tested for Covid-19 every two weeks — better than nothing, but not enough to effectively contain outbreaks. In contrast, LA public schools will be testing 100% of students, teachers, and staff every week. Furthermore, only students whose parents have signed a permission slip will belong to the testing pool. This year, there is no remote option for NYC students, and no provisions are being made for kids with conditions like asthma, which disproportionately affects lower-income communities of color. The test positivity rate for New York City is more than 4 percent, already higher than the 3 percent threshold previously used by the city to close public schools, and positivity rates in certain neighborhoods are even higher than that– up to 15 percent, in Breezy Point, Queens.

It is much, much worse elsewhere, and the cognitive dissonance between school districts’ policies and the current spread of the virus is striking. For instance, in Mississippi, the state currently with the most new cases per capita, 8% of all K-12 faculty and 15% of all K-12 students, not including data from this most recent week, have had to quarantine since the start of the school year. Mississippi has reported 704 outbreaks in schools across the state. Several school districts have already moved to all-online learning4 and at least one student has already died. In most districts in the state, school has been in session for only two weeks, and due to right-wing pressure, there were no mask mandates in effect until after the outbreaks.

In the past two weeks, the city of Dallas and 19 surrounding counties are already completely out of pediatric ICU beds. In Austin, a toddler was turned away from the hospital this week due to lack of capacity. The entire state of Alabama was out of ICU beds last week, and in Orlando, residents were encouraged to ration their water as oxygen was redirected from water treatment facilities to the hospitals. Despite all of this, the governors of Texas and Florida have continued attempting to ban the use of mask mandates. Earlier this month, four teachers in just one county in Florida died of Covid-19. Nearly every education worker I know whose school year has begun already has multiple students out with either Covid or a potential exposure.

The start of the school year is particularly concerning for families with children under 12 who cannot get vaccinated. A summary of recent data presented by the Mayo Clinic shows that children infected with the delta variant are nearly three times more likely to be hospitalized compared to the original strain of the virus. While studies from last year suggested that in-school transmission was low, we are dealing with a new version of the virus that behaves in different ways. Jason Helms, a professor at Texas Christian University, is now living alone after he and his wife decided it would be safest for her to take their daughters to stay with her parents in North Carolina, where the 6 year old could attend school online in order to protect her little sister, who has a heart condition.

Last year, many schools gave families the ability to choose between in-person and online school. This year, such an arrangement is much less common. In March 2020, schools across the country switched to all-remote learning even in areas where only a handful of cases had been identified, yet now those same schools are returning to in-person learning at full capacity during a nationwide surge during a time when in some states, the pandemic is the worst it has ever been. North Carolina’s current seven day average of new cases per day is nearly four times what it was this time last year, yet the district in which my mom and sister work, which began the previous school year remotely, is still operating fully in-person. The governor has done nothing but send a letter to the schools that have not adopted the state’s public health toolkit politely asking, not instructing, them to do so.

We know the delta variant is more dangerous and spreads faster, and we know children are more susceptible than they were to previous variants, and we know that children under 12 are not able to be vaccinated, yet districts are behaving as if the opposite is true. This seems plainly nonsensical for anyone who cares about children’s safety. But it’s not about children’s safety. It’s about pressure — from individuals, yes, but primarily from governments and businesses — to “get back to normal.” Reopening schools is just one aspect of the “get back to normal” push that is being touted by Republicans and Democrats alike, despite some differences in approach.“Normal” means more commerce and fewer pandemic-related business costs. “Normal” means landlords can evict their tenants. “Normal” means cutting unemployment benefits to effectively force people back into low-wage jobs. “Normal” means children have to be in school so that parents are free to go to work. “Normal” means more profit.

We have the knowledge to do a significantly better job protecting children from the virus. A CDC simulation found that without masks or randomized testing, 91% of all school-going children under 12 could become infected with the delta variant within three months, but with universal masks and testing, that number dropped to only 22%. The United States is choosing to prioritize profit and a sense of “normalcy” above children’s lives and wellbeing. This was not even an unforced error, but an active choice that school districts and governments made. This could have been avoided, if not for capitalist society always choosing profits over people. Rather than politicians and board members calling the shots, education workers should be able to democratically decide what is best for their schools in consultation with students, families, and public health experts, and there should be public funding to support food, housing, childcare, and medical care for those who need it. The priority should be the safety and wellness of all involved, not reopening for reopening’s sake.