Just six months after its foundation, Sahra Wagenknecht’s “movement” has collapsed. Inspired by Mélenchon and Corbyn, the politician from Germany’s Die Linke party had attempted to build a project centered on her popularity. Using a combination of social demands and chauvinism, she had hoped to form a new government coalition. 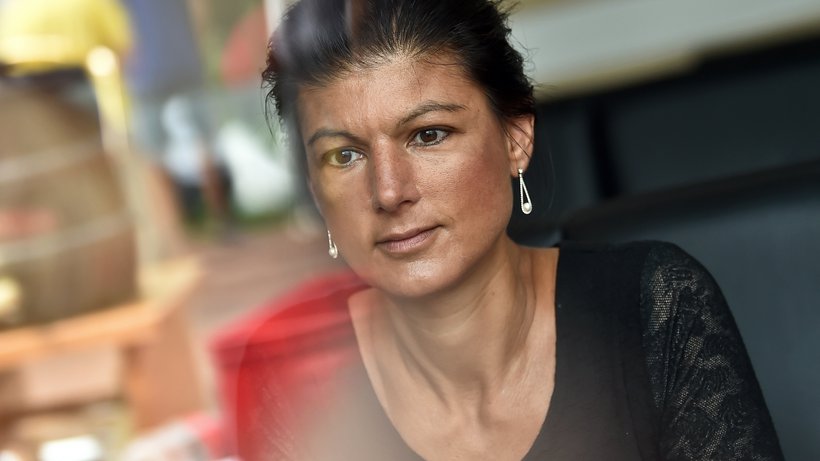 On March 10, German politician Sahra Wagenknecht announced her resignation from the leadership of Aufstehen (Stand Up), an organization she had founded six months earlier to win a majority for the left by activating people whom the traditional parties weren’t reaching. At first this “movement” seemed to succeed, as 170,000 supporters registered on the website—more than the total membership of the Green Party and the Left Party combined—and up to 200 local branches were set up.

Now, in an interview with the right-wing newspaper FAZ, Wagenknecht announced she wanted to hand over the leadership of Aufstehen to the rank and file. Other members of the movement’s leadership learned about her decision in the press. The following day, Wagenknecht added that she would not run for reelection as cochair of Die Linke’s parliamentary group.

The plan had been to develop a “Team Sahra” as an electoral apparatus tied to a charismatic leader, inspired by La France Insoumise (Mélenchon), Momentum (Corbyn) and Podemos (Iglesias), Who needs the trouble of a party’s democratic structures when Wagenknecht has 450,000 likes on Facebook, almost twice as many as her party? The internal structures of Aufstehen were completely opaque, seemingly based on the motto of East German Stalinist leader Walter Ulbricht: “It has to look democratic, but we must have everything in our hand.”

Wagenknecht’s hypothesis was that she could use her popularity to find a majority for a left-wing government including the German Social Democratic Party, the Greens and Die Linke, even though the first two made clear that they were not interested in forming a government with Wagenknecht as a minister.

The launch of the “movement” took place at a press conference in a federal government building on September 4, 2018. Wagenknecht sat alongside the mayor of Flensburg, a minor figure on the left of the Social Democracy, and a former deputy foreign minister from the Green Party who had helped organize the NATO war against Serbia. The launch featured no representatives of social movements, workers, renters, refugees … no, these were bourgeois politicians looking for a majority for “red-red-green” government coalitions. Aufstehen got 170,000 email addresses, but it was never able to mobilize more than a few hundred people to demonstrations. Bureaucratic fighting behind the scenes even led to the website going down for several weeks.

Wagenknecht’s resignation marks the end of Aufstehen, even though it might take some time for the organization to formally dissolve. Essentially, the end had come just one month after its launch, when on October 13 a broad coalition organized a demonstration in Berlin against racism and the country’s shift to the right. Wagenknecht had refused to support the demonstration, arguing that the demand for “open borders” would attract a “certain milieu.” In the end, the march surpassed all expectations, with almost a quarter of a million people on the street. The narrative about the need for social chauvinism to win masses of working people was severely damaged—alongside Wagenknecht’s belief that to overcome the electoral stagnation of Die Linke (which in two years lost 400,000 East German voters to the right-wing AfD) should abandon its pro-refugee positions.

Wagenknecht was once the young face of the post-Stalinist Party of Democratic Socialism, gaining attention with her defense of the Berlin Wall. But as she rose to national prominence, she discovered her love for the “social market economy” and “ordo-liberalism.” In recent years, she has combined social demands—against low wages, precarious working conditions and evictions—with chauvinism. She has employed the typical rhetorical tricks of right-wing populism, demanding a public debate about the problems being caused by refugees. Wagenknecht went so far as to denounce the people who protested the G20 summit in Hamburg—just a few days before it was revealed the police had invented the number of 500 supposedly injured officers!

Wagenknecht particularly attacked the demand for open borders as “unrealistic.” At a party congress last summer, a big majority voted to keep the demand in the program. Of course, Die Linke was never really for open borders. Linke ministers in provincial governments are responsible for deportations every single day. In fact, many politicians who accuse Wagenknecht of racism are themselves responsible for enforcing racist laws. Wagenknecht, isolated in her party, was attempting what is known in German as a “Flucht nach vorne,” an escape to the front. She needed her own power base, separate from her party.

Much ink has been wasted debating whether Wagenknecht or the various currents opposing her within Die Linke represent the party’s “left-wing.” In reality, all the party’s wings are eager to join government with the Social Democrats as soon as possible. Their bitter disputes are all about how best to get ministerial posts. Anticapitalist activists in Die Linke do need to build up a new left-wing movement, one that fights all the parties responsible for social cuts and neoliberal reforms, including Die Linke. In the spirit of Rosa Luxemburg, the left needs to unite in opposition to the government socialists.

This article was first published in Greek in the weekly newspaper PRIN.