Back in the Establishment? More Austerity and Military Spending in Trump’s 2020 Budget

Trump’s 2020 budget includes major cuts to health care, education and environmental protection programs, while dramatically increasing military spending. Even if the budget does not pass in its current form, it represents an escalation of the administration’s war on the poor and the working class. 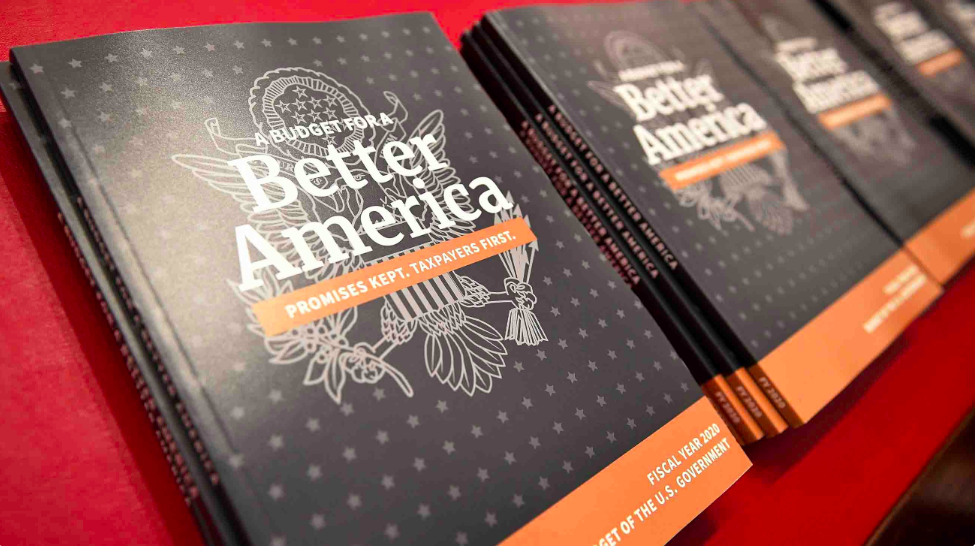 Last week, the president unveiled his proposal for a record-breaking $4.75 billion 2020 federal budget. It is estimated that, if passed, the new budget would increase the federal deficit by more than $1 trillion over two years. However, most increases to the budget come from increases to military spending, while nearly $2 trillion would be cut from social services and agencies like the EPA. Most notably, Trump has proposed major cuts to disability benefits provided by Social Security as well as cuts to both Medicare and Medicaid, programs which more than 100 million poor and elderly people rely on for their health care coverage.

Trump’s planned attack on Medicare, Medicaid and Social Security signals a reversal of his earlier promises to protect the programs. “I’m not going to cut Social Security like every other Republican and I’m not going to cut Medicare or Medicaid” said Trump as a candidate for president in 2015, in an attempt to set himself apart from the Republican establishment and earn the support of poor and working-class white voters. However, in the past two months Trump has received three embarrassing and very public rebukes from fellow Republicans — first for the partial withdrawal of U.S. troops from Syria, then for his national emergency declaration and finally for his support of the Saudi war on Yemen. In this context, the new budget may signify an olive branch from Trump to establishment Republicans who have long sought to roll back these “entitlement programs.”

The president’s  2020 budget includes upwards of $845 billion in cuts to Medicare. These cuts are made under the guise of lowering prescription drug prices. However, more than 85 percent of these cuts come from reduced payments to health care providers, a measure which is sure to increase out-of-pocket costs for individuals enrolled in Medicare. Meanwhile, the Trump administration also added new work requirements for Medicaid beneficiaries and is taking new steps toward privatization of the program, replacing the block grants for Medicaid expansion put in place by Obamacare with a “Market-Based Health Care Grant.” Medicaid now provides coverage to people with incomes below 133% of the federal poverty level. Since the Medicaid expansion was implemented, an additional 13.6 million people have been enrolled in the program.

These newly proposed austerity measures come at a time when a large number of Americans still struggle to pay the cost of health care. Close to 14 percent of Americans are currently without health insurance, a jump of around 3 percent since just 2016. Out-of-pockets health care costs represent around 12 percent of a person’s income in the U.S. given a median income level. Even among those who are insured, three-quarters of people between the ages of 20 and 65 say that they cannot pay all their medical bills. Republicans, including Trump, have continually attacked Obamacare since its creation for supposedly increasing the cost of premiums. The President’s planned cuts to Medicare and Medicaid should reveal once and for all that this rhetoric was pure cynicism, as health care costs for the average American will be higher than ever if Trump’s budget is approved.

Additionally, the president has outlined plans to cut benefits offered by the Social Security Agency, including slashing disability insurance by $84 billion. The program currently provides payouts to over 13 million people each year who lose the ability to work due to illness or injury. Those who are most expected to suffer under the proposed budget would be families with more than one beneficiary or those who receive disability benefits in addition to other federal benefits. In short, the poorest families will be those with most to lose under the plan.

Trump’s budget also continues his full-scale assault on the climate and the environment. The administration plans to slash the budget of the Environmental Protection Agency by 31 percent — from $8.9 billion annually to $6.1 billion. The Washington Post reports that the agency would see major cuts — or the entire elimination of — climate research programs, water quality monitoring programs and lead reduction programs. The proposed budget also targets environmental programs led by the National Science Foundation, the Department of Energy, the Department of the Interior and the National Oceanic and Atmospheric Administration.

While Trump’s budget includes major spending cuts to areas like education, environmental protection and health care, he proposes to increase defense spending by 5 percent, pushing the military budget to a new high. In fact, Trump has recommended military funding at levels even higher than the Pentagon requested. He also maintained his commitment to protecting the country’s nuclear arsenal and has recommended up to $25 billion annually for the development and maintenance of nuclear weapons. In addition, Trump has included an astonishing $8.6 billion for border wall construction and other border protection measures in his budget, an amount far beyond that which provoked a month-long government shutdown earlier this year.

Given the Democratic majority in the House, it is unlikely that the proposed budget will pass through Congress. Leading Democratic Congress members like Chuck Schumer have said that the budget was as good as dead. However, we can expect Democrats to reach a compromise on the final budget just as they did over border spending this past winter, when Democrats shelled out close to $1.4 billion for so-called border security, including providing funding for 55 miles of new border wall construction. The 2019 budget, shaped by the Republican Congress and which included major increases in both military spending and border security, was approved by several top Democrats, including Schumer, Nancy Pelosi, Dianne Feinstein, Amy Klobuchar, Tulsi Gabbard and others. Democrats may feign opposition to an increasingly bloated military budget, but it should be remembered that President Obama consistently proposed record-high military budgets during his time in office, with the full support of his party.

While gaining control of House after the November midterms, Democrats are still handicapped in the budget fight by the lack of an alternative proposal. More progressive Democrats, like Alexandria Ocasio-Cortez and Rashida Tlaib have pushed for proposals like Medicare for All and a Green New Deal to be included with their party’s budget. But the so-called “moderate” Democrats — those most linked to Wall Street and big business — are likely to block these measures from advancing. Democratic leaders like Nancy Pelosi have also pushed for new austerity measures under the guise of reducing the deficit. Pelosi’s proposal, referred to as a pay-as-you-go or PayGo rule, would require that any new federal spending be offset by budget cuts elsewhere or tax increase — a poison pill designed to sink any new programs  like the Green New Deal put forward by more “left-wing” Democrats.

The Trump budget will mean increased hardships for working people and the poor, but Democrats have proven themselves completely incapable of defending workers too. Only workers and oppressed people themselves can organize to reverse this pattern of ever-increasing military spending combined with tax cuts for the rich and austerity for the rest of us — a pattern to which both parties remain committed.