On Tuesday, Barbados dropped Queen Elizabeth II as its head of state and became a republic. This was a result of the accelerated unrest after last year’s anti-racist and anti-colonial demonstrations around the world sparked by the murder of George Floyd. Another factor was the United Kingdom’s ongoing mistreatment of West Indian migrants. 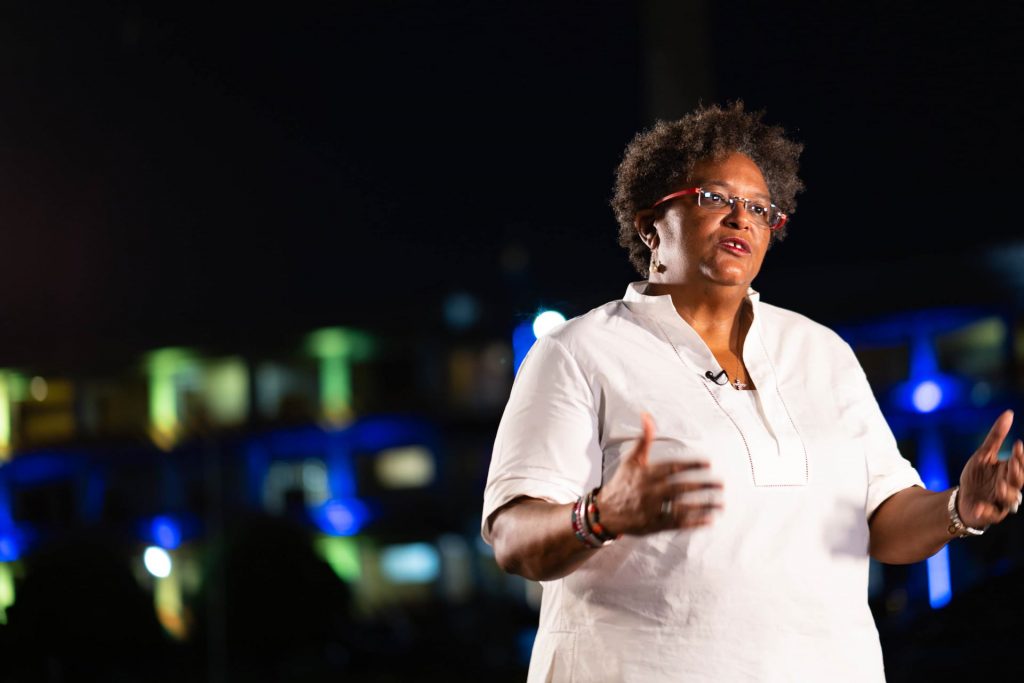 At midnight on Tuesday, November 30, Barbados, an island nation in the Caribbean, declared itself a republic. Sandra Prunella Mason was promoted from governor general to president by Parliament. In a formal ceremony, attended by Prince Charles representing Queen Elizabeth II, the country ceased to be a constitutional monarchy, removing the queen from her position as head of state. The country, however, will remain part of the Commonwealth of Nations.

The date was chosen to commemorate the anniversary of Barbados’s declaration of independence in 1966, when a national parliament and the position of governor general were created. But the country was still officially under the British crown.

After a 21-shot salute, Mason took the oath of office and assured the country that, with this transition, Barbadians will be able to “take full advantage” of their sovereignty.

Mason, who was elected president on October 20, said, “For decades we have had discourse and debate about Barbados’s transition to a republic. Today the debate and discourse has turned into action.”

Leaders of some Caribbean Community (CARICOM) countries were invited to the ceremony, as well as prominent former cricketer Garry Sobers and famous singer Rihanna, both from Barbados.

“I greet and join you this day in celebration of our nation, our people, and the future we now chart,” Manson said in her first official speech. In the same ceremony, however, the president decorated Prince Charles, the heir to the British crown, with the Order of Freedom of Barbados, the highest national honor. “From the darkest days of our past, and the appalling atrocity of slavery, which forever stains our history,” Charles said, “the people of this island forged their path with extraordinary fortitude.”

This attitude drew rightful criticism from within the country. During Monday night’s ceremony, a group of demonstrators tried to mobilize — which was forbidden by the government — to repudiate the presence of Prince Charles in the place. Kristina Hinds, a professor of international relations at the University of the West Indies in Barbados, said, “The British royal family is a source of exploitation in this region and, as yet, they have not offered a formal apology or any kind of repair for past harms.”

A Brief History of Barbados

The island, originally inhabited by the Arawak and Carib peoples, was appropriated by Spanish and Portuguese settlers in the early 16th century. In 1620, British settlers landed, began taking over the island and deepening the genocide of its original peoples. By 1640, landowners and slavers, in alliance with the British crown, started producing sugar and exploiting a labor force that they kidnapped from Africa: this was the beginning of British rule.

The terrible business of human trafficking went on uninterrupted for centuries, filling the island with slaves to work the plantations. Most of them died on the ships or perished a few months later on the island, as a result of the brutalities imposed by the masters. Even so, the Black population greatly outnumbered the white settlers.

In 1791, the insurrection of slaves broke out in the French colony of Saint-Domingue, today Haiti. It was the first independence movement in Latin America and led to the creation of the first republic in 1804. In the context of the French Revolution and the liberation struggles of its colonies, the British decided to formally eliminate the slave trade in 1807, but the Barbados Slave Code was still in force. The emancipatory fervor led the island’s Black people to organize a rebellion in 1816, led by the slave Bussa.

The heroic combats lasted weeks, but the slaves were finally defeated and killed. It was not until 1834 that the abolition of slavery was declared on the island, and it remained a colony of the United Kingdom. Although slavery was “over,” the Black population continued working the land in exchange for housing and food without receiving a salary.

By the 1960s, in the heat of struggles for the national independence of the African countries, Barbados began negotiating with the British crown, which ended in the agreement to consolidate a constitutional monarchy with Parliament, as a form of government in 1966. The first governor general of the island was the Afro-descendant Errol Walton Barrow, who founded the Democratic Labor Party.

Today, the Labor Party remains the country’s most important party. The current prime minister, Mia Mottley, and the new president — who were both criticized for welcoming and bestowing Prince Charles with a national honor — belong to it.

From Constitutional Monarchy to Republic

The desire to break with the British empire spread among the island’s inhabitants in the last few years. One of the driving forces behind this was the brutal racist murder of George Floyd in the United States, which had worldwide repercussions and unleashed strong anti-racist and anti-colonialist mobilizations, including the toppling of statues of known slave owners.

In fact, last year, the Barbadian government was forced to remove a statue of the British naval “hero” Horatio Nelson from a square in Bridgetown, for his defense of the colonial slave trade.

The decision to cut colonial ties was also accelerated by the brutal mistreatment suffered by West Indian migrants in the United Kingdom. The most resonant case is known as the 2018 Windrush scandal, in which hundreds of people were unjustly detained, denied legal rights, and threatened with deportation. At least 83 of them were unjustly deported.

A recent poll showed that more than 60 percent of Barbadians favored establishing a republic, while about one in 10 preferred the status quo. The survey also suggested that any remaining admiration for Queen Elizabeth II had long since faded. Indeed, few respondents could name other members of the royal family.

Now, as it transforms into a republic, the island faces an acute economic crisis, deepened by the decline of the tourism business, which is particularly dependent on the United Kingdom. Before the pandemic, this country, with a population of about 280,000, welcomed a million visitors a year. As the pandemic has raged on and tourism dropped, so have the economic motors. Now, there has been a nine-point drop in employment, and the unemployment rate has reached 16 percent.

As expressed by Firhaana Bulbulia, a 26-year-old activist and founder of the Barbados Muslim Association, “Economic inequality, the ability to own land and even access to bank loans have a lot to do with the structures built after British rule. The actual chains (of slavery) were broken and we no longer carry them, but the mental chains continue to persist in our mentality.”

Indeed, the foundations of these material chains are the deep structural inequalities imposed by colonialism and slavery and maintained, long since their end, by imperialist control. For Barbadians to forge an independent future, they must not only rid themselves of their ties to the British monarchy, but also break from imperialism in all its overt and covert forms.