As temperatures drop to -10°C, Berlin’s local government closed the Ostkreuz homeless camp and brought people to shelters. But was this all for realty speculators? 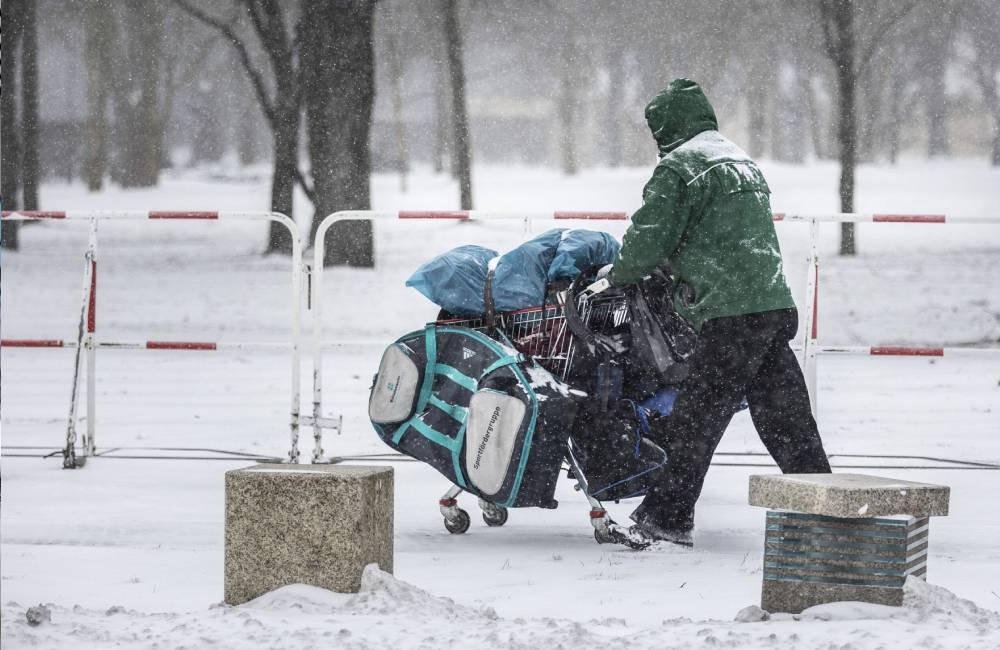 Last Friday around 10pm, police evicted a homeless camp in Lichtenberg. For years, up to 100 people had been living on an empty lot next to Ostkreuz. With temperatures set to drop to -10°C for the entire week, the district government decided that everyone needed to be moved to shelters. “My goal is to get these people into safe accommodations,” said the deputy mayor of Lichtenberg, Kevin Hönicke (SPD), to the public broadcaster rbb24. This week, Berlin’s Kältehilfe has opened up new shelters for several hundred people.

So a social democratic government protecting people in need. Right?

Except: Why did the police come in the middle of the night? And why were there no translators for the people being evicted, many of whom do not speak German? And why were they not allowed to take their possessions? One resident told the taz that she left with the assurance she would be able to retrieve her camper the next day. “As I came back [Saturday] morning, it had been completely destroyed.

The government claims it was saving lives. But today at 1pm, around 100 of the “saved” people and their supporters gathered for a protest in front of the Rotes Rathaus. Some emphasised that their Ostkreuz accommodations were heated — they did not need “saving.” That should make us wonder. We shouldn’t forget when police violently evicted the refugee camp at O-Platz back in April 2014, and media spread brazen lies about a “voluntary” removals of the tents.

There had already been protests at Ostkreuz on Sunday, using a slogan of the 19th century revolutionary Georg Blüchner: “Peace to the huts! War on the palaces!” The Russian broadcaster Ruptly reported that “Dozens of Antifa” took part — rbb24 even said it was “300 people.”

The real estate sharks are circling

Now is probably a good time to mention that the empty lot next to Ostkreuz is owned by realty speculators — what the Berliners call Immobilienhaie or “realty sharks.”

I spent several hours last night trying to figure out the network of shell companies — connecting items on a pin board with a dense web of red string, like a deranged conspiracy theorist from a TV show. Berliners refer to the real estate sector as the Baufmafia, the “construction mafia,” and figuring out how the actual mafia works would probably be easier.

The Rummelsburg Bay project appears to belong to five investors — including the infamous Padovicz Unternehmensgruppe. You might remember Padovicz from the eviction of the anarcha-queer-feminist house project Liebig34 in October. Padovicz is part of a consortium planning to build luxury apartments where the tents were standing until last Friday.

The development plan includes Coral World, a private aquarium that is part of an international chain run by a billionaire’s son. Advocates of the project say this will be an educational facility for people from Berlin. But a quick look at the website shows the aquariums are in Maui, Eilat in Israel, Palma de Majorca, Perth and Tenerife — in other words, these are tourist attractions. In Hawai, a single ticket costs $38.59.

I love aquariums. This should be an easy sell for me. But Berlin already has a world-class public aquarium that was founded in 1913. Berlin also has a crappy private aquarium which costs more for a tiny fraction of the fish. It would seem that it is simply impossible to make a decent aquarium without public funding and a scientific mission. If these people have €40 million lying around, they should really invest it in the city’s existing zoological institutions.

When speculators want public land to build expensive condos, they will usually include a tchotchke: besides the aquarium they are also offering “affordable housing.” But as local politicians were forced to admit, the developers are planning to build more than 500 apartments, of which less than 80 will be affordable.

Leading the push for the aquarium is Gabriele Thöne, a social democratic politician who not so long ago was Berlin’s State Secretary of Finance. She served under Thilo Sarrazin, Berlin’s Finance Senator from 2002-09, who was a specialist in social Darwinist diatribes against poor people, before launching a career as a bestselling author peddling Islamophobia and eugenics (yes, eugenics!). Last year, Sarrazin was expelled from the SPD for his racist views.

The plan goes ahead

It was back in May 2019 that the district council of Lichtenberg voted for the Bebauungsplan XVII-4. Around 500 people had gathered to protest outside the council sessions and 20,000 signatures were handed over. Activists had even created a detailed alternative plan to create public parks and affordable housing on the lots. But the council members hid behind heavily armed police so they could vote in favour of handing over the land to the speculators.

The biggest party on the Lichtenberg council is the Die Linke. This is the same party that, when elections role around, promises a “city for everyone.”

Activists gathered even more signatures and appealed to the city’s “red-red-green” government — made up of SPD, Greens and Die Linke — to intervene. The Senate rejected their petition in the middle of last year.

The plan was approved almost two years ago, and the push to start construction has been picking up steam. On November 3, 2020, renters in a building at the Hauptstraße 1 got eviction notices from Padovicz. That building is set to be torn down for the development.

Two weeks ago, Neues Deutschland reported that the construction plans for the aquarium had not yet been submitted to the authorities, and a deadline would expire in June. But the billionaire owner and his lobbyists assured the newspaper that the plans would be submitted in time.

That article, published on January 27 noted that if the aquarium is to be built, “the homeless camp will have to go.” And now… the camp is gone.

But it was only for humanitarian reasons. Really.

How could you think Die Linke would throw people out of their accommodations in the interest of realty speculators? Like clockwork, the politicians who pushed through this plan are now saying we need a “public debate about the development of the lot.” Like with Syndikat and Liebig34, every time Die Linke orders an eviction, they want us to think that someone else is responsible.

Finally, let’s remember that due to the pandemic, thousands of hotel rooms in Berlin are standing empty. Thousands more luxury apartments are permanently uninhabited, as a capital investment and occasional hotel room for the extremely wealthy. Berlin’s government were could put every single person without a home — some estimates say there are 40,000 in the city — into permanent housing. All this would require is minor infringements on the property rights of the rich. Unfortunately, our “left-wing” government is more committed to billionaires than to working people.