The Biden administration has amped up its warmongering over the Ukraine crisis. No to U.S. and NATO imperialism and to Putin’s reactionary government! 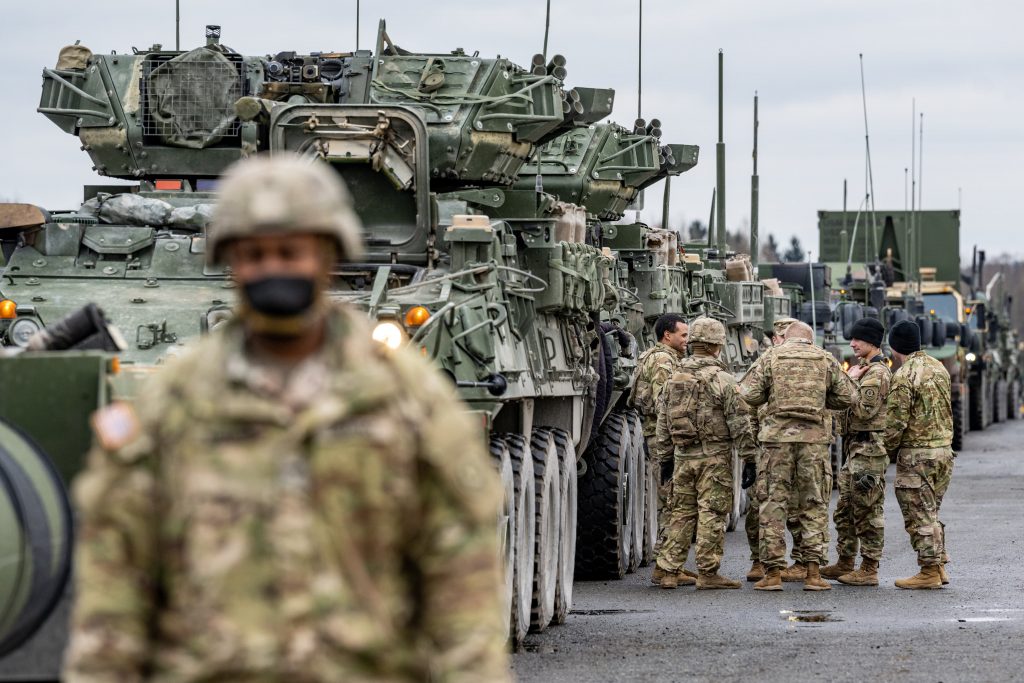 The Biden administration has amped up its warmongering over the crisis unfolding on the Russia-Ukraine border, warning that a Russian invasion of Ukraine could begin at any time. The administration cited Russian joint military exercises with Belarus earlier this week as evidence. Biden is trying to reestablish U.S. “leadership” of a NATO imperialist front against Russia in the face of French president Emmanuel Macron’s meeting with Russian President Vladimir Putin.

On a call with European leaders on Friday, Biden said that the United States believes that Putin has made the decision to go ahead with invading Ukraine, and named dates the administration thinks it will happen. National Security Advisor Jake Sullivan said that Russia could launch its military incursion into Ukraine as early as next week, before the Beijing Olympics are over, although other U.S. officials speculate that Putin will wait until after the Olympics.

The same day, Biden deployed another 3,000 U.S troops to NATO ally Poland, bringing the total number of U.S troops in the country to 5,000, on top of the 80,000 troops already in Europe. While Sullivan says this is for “for defensive purposes only,” this is actually about U.S. imperialist interests.

Late Friday, the U.S. State Department ordered most staff at the U.S. embassy in Kyiv to leave, and issued an urgent warning for other U.S. citizens to leave Ukraine. U.S. officials earlier this week said that U.S. troops would be deployed at the border between Poland and Ukraine to help evacuate Americans, but any U.S. citizens that choose to remain should not expect the U.S. military to come rescue them in the future.

Biden and Putin had a 90-minute phone call on Saturday. “President Biden was clear with President Putin that while the United States remains prepared to engage in diplomacy, in full coordination with our Allies and partners, we are equally prepared for other scenarios,” the White House said in a report of the call.

Biden warned that the United States and its allies “will respond decisively and impose swift and severe costs on Russia” if it invades Ukraine.

It is clear that the Russian government is trying to curb NATO’s expansion into what Russia considers its zone of influence. But the threats against Ukraine are also part of Putin’s attempt to increase Russia’s influence in the republics of the former USSR.

While Left Voice stands strongly against the United States and NATO, it is clear that Russia is also a reactionary force. As the Trotskyist Fraction recently wrote:

As the United States continues its threats to escalate the conflict, it is essential that we build an anti-war movement in the United States that firmly opposes both military intervention and sanctions against Ukraine and around the world. We must stand firmly against U.S. and NATO imperialism, and against Putin’s reactionary government.

U.S., NATO, and Russian troops out of Ukraine!