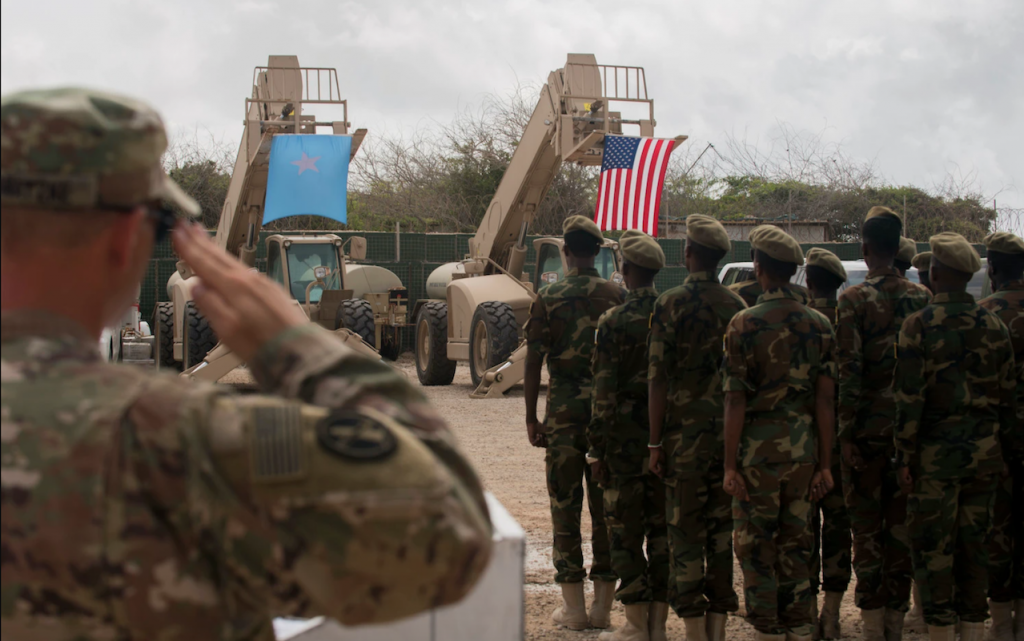 On Monday, President Biden approved an order to send hundreds of U.S. troops to Somalia. This is an expansion of the U.S. military presence throughout Africa, which fuels violence and repression of African people.

Biden says that the hundreds of troops will not be engaged in direct combat, but will train Somali forces to fight al-Shabab, an Al-Qaida-affiliated organization with members throughout North Africa. Various African military leaders trained by the United States have gone on to lead coups in their countries and brutally repress anti-coup protesters.

The U.S. military operations in Somalia and the Horn of Africa must also be understood as a way to expand U.S. influence in the region, which holds geopolitical significance. Because of its position between the Red Sea and Indian Ocean, it is important to capitalist trade. Having proxy control of Somalia would give the United States privileged access to the country’s five international trading ports.

While Biden claims that he is expanding the military presence in Africa because he is concerned about terrorism, the U.S. military presence throughout Africa has fueled even more terrorism. According to the Pentagon’s own research, militant Islamic group activity nearly doubled from 2012 to 2019, a period which also saw one of the most rapid expansions of U.S. military operations in Africa. Along with fueling reactionary political violence, the United States military directly harms the African people, in particular through the drone program that Biden has also used in Somalia.

As the pandemic, the disruptions in food production from the war in Ukraine, climate change, and additional crises of capitalism create devastating conditions throughout Africa, it is essential that the working class and oppressed communities throughout Africa build independent power within their countries. This is a more difficult task as U.S. imperialism takes advantage of the instability it helped create to further establish its power and subjugate the Global South.

The working class and oppressed communities in the United States have a responsibility not only to denounce U.S. imperialism in all its forms, but to build working-class power to defund the Pentagon and demand an end to the U.S presence in Africa. This is how we can show solidarity with the Somali people.