Like his predecessors, Joe Biden is committed to a harsh line against China’s hegemonic ambitions. Recent military exercises in the Taiwan Strait show that imperialism is a bipartisan affair and that Taiwan could serve as a backdrop for the growing tensions between China and the United States. 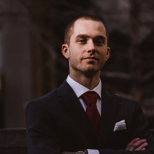 On Wednesday, the United States sent its second warship this month, the USS Curtis Wilbur, through the Taiwan Strait. This contentious waterway separates mainland China from Taiwan — which China characterizes as a breakaway province, even though Taiwan has de facto independence from the mainland.

Biden ran a “tough on China” campaign, so his administration’s recent military exercises aimed at China (including exercises in the South China Sea) come as no surprise. The ruling class — both its Democratic and Republican wings — are united in their project to deter China’s economic and geopolitical rise in the context of U.S. imperialism’s diminished hegemony.

As the pandemic deepens the economic and political trends that have developed since the 2008 global economic crisis, interstate tensions — such as the competition between the United States and China — are likely to intensify. That means the growing rivalry between the two countries is a strategic question for the United States regardless of who is president. Trump’s aggressive rhetoric poured fuel on the U.S.-China relations fire, and his trade war signaled a marked escalation in tensions, but it was the Obama administration — of which Biden was a part — that architected increased U.S. military presence in the Pacific through the so-called “Pivot to Asia.”

Despite Biden’s campaign promises, there is no “going back to normal” in the world order, especially when it comes to China. Biden has proven his intent to maintain a harsh line against China by selecting Anthony Blinken and Jake Sullivan, two prominent China hawks, to run his foreign policy team. At the same time, the president and his allies in both imperialist parties have promised not only to maintain but expand military spending, already at an all-time high despite the economic crisis. Growing regional crises, such as the one in Myanmar, also threaten to deepen U.S.-China tensions across new terrain.

In the game of chess between the United States and China, Taiwan occupies a particularly important place. For Beijing, the issue of reunification with Taiwan is a top priority because of the island’s geographic position and its advanced economy and technology sector, especially the country’s production of cutting-edge semiconductors that could give China strategic leverage in its competition with the United States.

The roots of Taiwan’s awkward place between China and the United States can be traced back to the triumph of the Chinese Revolution in 1949, which culminated in a civil war between China’s communists and the nationalist bourgeoisie represented by the Kuomintang (KMT). The U.S.-backed KMT retreated to Taiwan and set up a rival government in Taipei, 110 miles away from mainland China. In 1972, the Nixon Administration began a process of rapprochement with China, which culminated in Deng Xiaoping’s 1978 reforms aimed at capitalist restoration.

As part of those U.S.-Chinese negotiations, Washington broke official diplomatic ties with Taiwan in favor of reestablishing ties with China. Today, only a handful of countries in the world recognize the sovereignty of Taiwan, because doing so would complicate commercial relationships with China.

Despite that Nixon-era U.S. shift, Taiwan and the United States still maintain semi-official, albeit deliberately ambiguous, relations. These have established a delicate balance between the interests of Taiwan, the United States, and China. In recent years however, the limits of this strategic equilibrium have become clear as tensions between the United States and China have boiled to the surface. The Trump administration flirted with establishing official diplomatic ties with Taiwan; the Biden administration seems to be doubling down on Trump’s Taiwan policy both diplomatically and militarily through the promise of military aid.

With reunification a top priority for the Chinese Communist Party bureaucracy, the Biden administration’s provocations are widening the rift between Taiwan and the mainland. For Beijing, these moves also complicate China’s imperialist ambitions, posing a political threat to the aim of a unified Chinese state. Sooner or later the Taiwan issue is poised to bring the United States and China into greater conflict. For now, despite the relative decline of U.S. influence on a global stage, China remains the weaker party due to Washington’s military, economic, and technological advantages as well as its existing international relationships.

What Biden’s Imperialism Means for the Working Class

As tensions between the U.S. and China grow, even with Biden’s attempts at multilateralism and a rhetoric of “democracy,” Biden, as a representative of the capitalist class, won’t hesitate to use all of the mechanisms at U.S. imperialism’s disposal to ensure U.S. interests abroad. In just over a month since his inauguration, Biden has already launched a series of airstrikes in Syria and continues to impose brutal sanctions which affect workers in countries like Iran and Venezuela.

The U.S. Left has a special responsibility to show we have no appetite for imperialism of any kind. At the same time, organized opposition against the imperialist aims of the U.S. bipartisan regime does not mean we support the Chinese Communist Party bureaucracy, whose brutal restoration of capitalism in China has come at the expense of the millions of exploited masses in China. We stand in solidarity with the oppressed in China, Taiwan, and beyond, and against the ruling class around the world, especially here in the United States. And as the crisis intensifies, we need international solidarity among working people to address the international problems posed by capitalism.