Biden Transition Team: Nothing “Progressive” About Millionaires and CEOs

Joe Biden’s transition team is full of every kind of capitalist — CEOs, tech execs, even Republican lawmakers. Where are the Squad members or other progressives who were supposed to be moving his administration “to the left”? 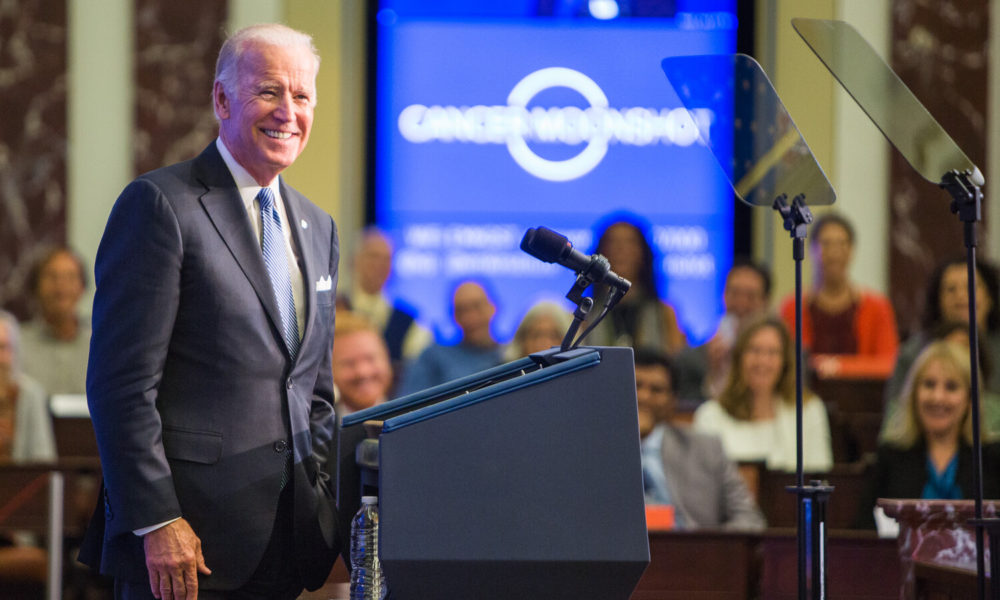 Since Joe Biden won the 2020 Presidential election, there has been much speculation around the kind of president he will be. While some believe, he might be persuaded by the progressive wings of his party who are rallying for the Green New Deal and Medicare for All, there is no doubt that he will choose to remain a centrist Democrat, who prioritizes profit over people at every turn and sees capitalists as his only constituents in an America where “nothing will fundamentally change.” To understand his future Presidency, one need not look further than his transition team, composed of over 400 Obama-era staffers, academics, Congressional representatives — and more than a few tech moguls. The Biden-Harris campaign has touted this list as especially inclusive and diverse: more than half of the personnel will be women, and at least 40 percent are people of color or people who identify as LGBTQ+. A more diverse transition team however does not ensure the end of oppression and identity politics is no path to liberation.

Sure, the Biden-Harris transition team is made up of diverse voices — in the form of CEOs and high-level corporate executives, along with a fair number of Republican lawmakers — as Biden has stressed that he will be a President for all Americans, not just Democrats. His choices so far include Bob McDonald, the ex-CEO of Procter and Gamble, Eric Schmidt, the former CEO of Google, and Cindy McCain, the Chair of Hensley & Co and widow of John McCain. These capitalists are just a few of the bourgeois class who will now be part of Biden’s team to run the country.

Bob McDonald, the Retired Chairman, President and CEO of The Procter & Gamble Company and the 8th Secretary of the Department of Veterans Affairs is on Biden’s Transition Advisory Board. Procter & Gamble is one of the worst polluters on the planet, as per both an audit done in the Philippines and a 2020 ongoing lawsuit. In 2014, Argentina accused Procter & Gamble of tax fraud and suspended its operations in the country. There have been numerous reports of P&G’s exploitation of workers, the most disturbing being the use of child labor and forced labor in Indonesia. P&G is one of the most exploitative companies in the world, worsening the climate catastrophe and harming workers and their communities at every turn. It’s no surprise that Bob McDonald’s on the Transition Advisory Board, after all his company is great at pushing “woke” advertising to turn a profit while doing nothing substantial or positive for its workers–much like the Democratic Party itself.

Eric Schmidt, the Former CEO of Google is under consideration to run a tech industry task force for the Biden-Harris administration. The criticism of Google spans the gamut, from tax avoidance and censorship to the violation of people’s privacy and helping the state intelligence agencies and militaries spy on citizens using Google Earth. Biden is relying not only on Eric Schmidt and Google, but other affiliated companies of Google parent company Alphabet including Sidewalk Labs. Sidewalk Labs, a company claiming to innovate the city of the future, has been accused of data harvesting and being at the forefront of a very dystopian “surveillance capitalism,” a mode of control that undoubtedly appeals to the police-loving Democrats.

Cindy McCain, the Chair of Hensley & Co. — and Senator John McCain’s widow — is also on the transition advisory council. McCain’s appointment is a political one, as Biden has repeatedly attested that he believes in compromising with the Republicans. After Senator McCain’s death, Biden made public statements calling McCain “a political giant” and “a genuine American hero,” never mind that Senator McCain was explicitly racist and a warmonger for his entire political career.  Appointing Cindy McCain to the transition team is definitely a nod to John McCain’s morally reprehensible political career but it is worth noting that she might also have her own private interests at heart: Cindy McCain is an heiress worth over $200 million through her father’s beverage distribution company in Arizona which she chairs.

While there are not a significant number of CEOs specifically on his roster, there is an alarming number of tech execs. Despite Silicon Valley’s continual exploitation of workers by denying them a livable wage and health insurance, the Biden-Harris Transition Team includes leadership from Amazon, Lyft, Uber, AirBnb, and SalesForce, among other monopolizing firms. While these companies will continue to influence policy and ensure that their profits stay protected, workers as usual have no representation at the table and are treated as but a commodity to be disposed of.

The Biden-Harris Transition Team shows us that capitalists will continue to pull the strings for their administration and the working class will find no relief. Biden works for Wall Street — it is important that we remember this and continue to mobilize and fight for socialism. The working class deserves more.