Thanks to Biden’s immigration policy, thousands of children remain separated from their families, and more are separated every day. 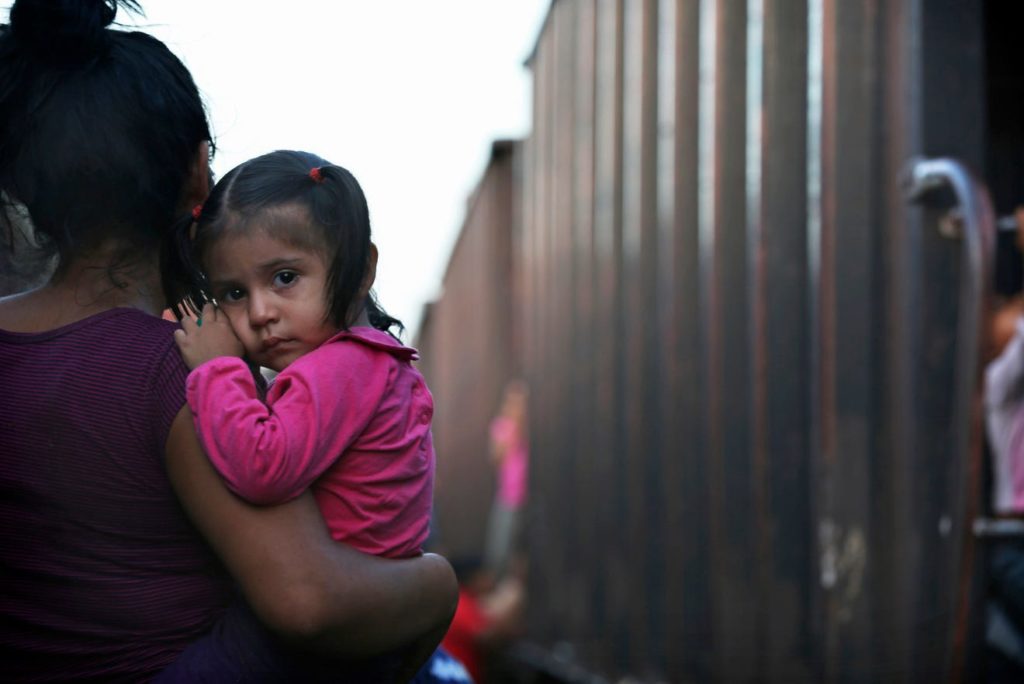 Earlier this week, the mainstream media was abuzz with news of the tearful reunion of several families who were torn apart by U.S. immigration policy. Accompanied by videos of children and grandchildren embracing long-lost parents and grandparents, these stories have been framed as the end of former President Donald Trump’s ugly “Zero Tolerance” policy toward immigrants and the beginning of a new saner and more humanitarian approach to the so-called migrant crisis. The facts, however, tell a different story.

Of the estimated 5,500 families separated at the border since 2017, only four have so far been reunited, and while representatives of the Biden administration’s Family Reunification Task force say that they are working to bring many more families together, these reunifications are not by any means permanent. In fact, most of the parents who are now being reunited with their children, some of whom are already adults, will soon be forced to return to their home countries, since they are being given only temporary permission to remain in the United States on what is being called “humanitarian parole.” Though certainly a positive development for the families involved — who have faced unimaginable hardships — in the bigger scheme of things, these reunifications are really little more than a photo opportunity for the Biden administration to deflect criticism from its cruel and punitive immigration policies. They are also obviously a part of the Biden administration’s and the liberal establishment’s ongoing attempts to rehabilitate U.S. legitimacy after Trump and in the face of the ongoing coronavirus pandemic and global economic crisis. While it is true that Biden has rolled back some of Trump’s worst immigration policies, and while his administration has agreed to a slight increase in the number of refugees the United States will admit this year, the problem of family separation remains as bad as ever. Not only are there thousands of families who remain separated, but every day, more families are being torn apart at the southern border thanks to Biden’s immigration policy, which continues to force migrants to wait in Mexico for years while awaiting court decisions on their petitions for asylum.

Under Trump’s “Zero Tolerance” policy, migrants seeking asylum or refugee status were regularly separated from their children, prosecuted, processed, and quickly deported to their home countries or forced to wait in Mexico. The children of these migrants remained in custody for months or even years after their parents were deported before being released to caretakers in the United States or placed in foster homes. These children were often abused and mistreated both while in detention and by the foster families who temporarily adopted them, and many now show signs of post-traumatic stress disorder. Meanwhile, parents often had no idea what had happened to their children, where they were, or how to communicate with them. The fate of many of these parents, who were returned to the very same countries they had fled due to death threats and violence, remains unknown. As the New York Times is reporting, the parents of at least 545 children still cannot be found.

Since taking office, Biden has made changes to Trump’s “Zero Tolerance” policy but continues to enforce both Title 42, which requires immigrants “illegally” crossing the border to be immediately deported, and what has now come to be called the “wait in Mexico” policy, which forces migrants to wait on the southern side of the U.S.-Mexico border while their claims for asylum are considered. This policy is in many ways worse than Trump’s “remain in Mexico” policy that Biden supposedly repealed, since it offers no guarantee of a hearing but merely a vague promise of possible entry at a later date. With regards to Title 42, Biden has ended the brutal policy of forcibly separating children from their families. Now, however, rather than being forcibly separated, immigrants are simply being summarily deported with their children, often without even the chance to make a claim for asylum, and told to wait.

This policy is not being applied to unaccompanied minors, who are instead taken into ICE custody and kept in migrant housing facilities not unlike those where children were kept during the Trump administration. This has led to a situation where increasing numbers of children are arriving at the U.S. border unaccompanied, since that is the only way to avoid deportation. In fact, since Biden took office, the number of unaccompanied minors entering the United States has skyrocketed. In March alone, more than 18,000 children entered the United States without a parent or legal guardian, and every one of those children represents a family separated and torn apart because of U.S. policy.

Because of these policies, thousands of the families who have been deported since Biden took office and the many thousands who were deported before are now waiting in camps on the southern side of the Mexican border, and many of them are deciding to send their children to the United States alone. This painful decision, one that no parent should ever have to make, is being made on a daily basis in camps across Mexico, where families often sleep in the open air, are subject to abuse and sexual violence, and have few opportunities for work, and where children often have no access to education. This is all happening, by the way, with the collaboration of Mexico’s so-called progressive president, Manuel Lopez Obrador (AMLO), who, since being elected, has conspired with both Trump and Biden to use the newly formed Mexican National Guard to act as the watchdog of the U.S. border.

Though undoubtedly tragic, this situation is not simply an unavoidable consequence of a more humane immigration policy, as many liberal defenders of Biden have claimed. In fact, it is the inevitable result of the ugly and distorted logic of borders and the imperialist policy of the United States, which created the immigration crisis, and which continues to use that crisis and the policy of closed borders to create an entire underclass of desperate, hyper-exploited workers for capital to use and toss aside as it sees fit. While even progressive liberals such as Bernie Sanders claim that open borders would only make conditions worse by increasing the number of exploited workers, the fact is that the combination of the constant threat of deportation and the illegal status of immigrant workers, not the presence of the immigrants themselves, is what fuels such exploitation. Open borders would not only allow families to remain whole and to migrate as needed, but would allow migrant workers the legal protections to help them stand up for themselves without fear of deportation, and to organize alongside U.S.-born workers. Anything less is unacceptable and inhumane.