Unifying the country and healing divisions are Joe Biden’s code words for the real objective: satisfy capitalism’s demand for stability and “normalcy” so its oppression can continue unabated. No wonder he’s so anxious to work with a “principled and strong” Republican “opposition.” 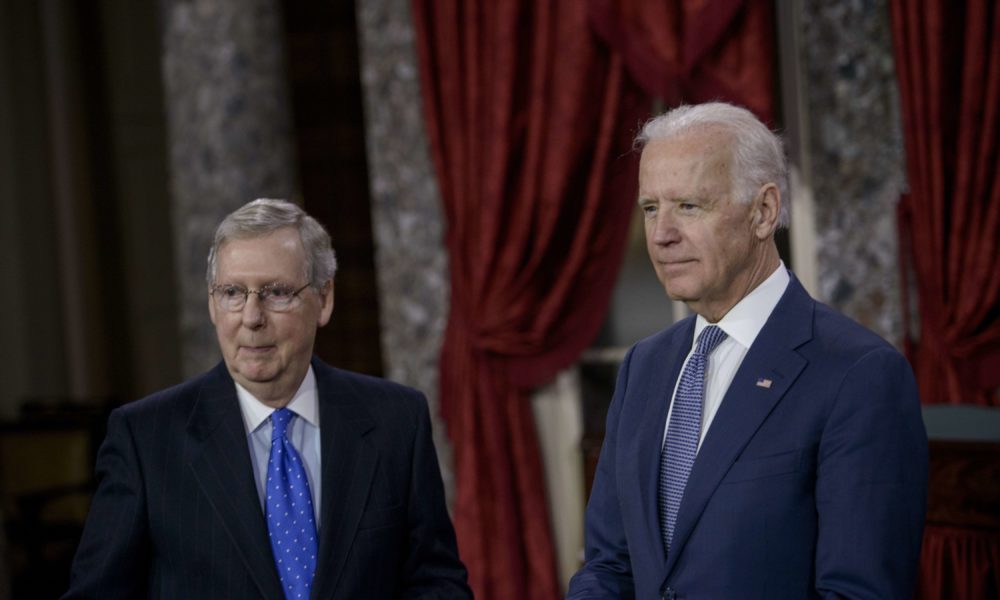 On Friday, Joe Biden — some 12 days before he will be inaugurated as the 46th U.S. president — spoke to reporters in Wilmington, Delaware about the storming of the Capitol last Wednesday. One of them asked whether the events make his job of creating “unity and healing,” two objectives he has spoken of repeatedly since winning the election, “harder or easier.”

“I think it makes my job easier,” Biden responded. He mentioned the “many” Republican senators who had called him to say they were “as outraged and disappointed and embarrassed and mortified” as Democrats about what transpired. He celebrated Mitch McConnell and the fact that he is now “ashamed” by what Trump has wrought. He mentioned Mitt Romney, “a man of enormous integrity.” He referenced the “minority of the Republican Party” — people who “should be ashamed of themselves” — while reminding his listeners that “this isn’t about Republican and Democrat anymore” but about understanding “what this country is about.”

Biden declared again, “My overarching objective is to unify this country.” Turning again to his conversations with his “former colleagues” on Capitol Hill, he said they understand that “we need a Republican Party. We need an opposition that is principled and strong.”

Indeed, many Republicans do understand — especially the “adults in the room” we heard about over the past four years who were supposed to constitute a set of “guardrails” against Trump’s own worst impulses. They understand because it is what the real rulers of this country — the people they actually work for, who own them lock, stock, and barrel — demand of them at the present moment. This was made abundantly clear by the voice of finance capital, the Wall Street Journal, which editorialized just minutes before Congress reconvened last Wednesday after the assault on the Capitol that “all Republicans [must] drop their objections to the state electors and ratify them — and  Joe Biden’s election — by acclamation.”

“Unity and healing” are code words for capitalist stability. A Republican “opposition” that is “principled and strong” is no opposition to that whatsoever.

The pandemic continues to worsen, raging across the country. A record 4,100 deaths were announced on January 7 alone, and in the Los Angeles area, one in five people are infected. The economy, already forecast to have an extremely rocky 2021 before Covid-19 reared its ugly head, faces challenges that could seriously impair the ability of capital to increase profits and the rate of exploitation. The ruling class needs stability, and it sees that as coming first and foremost from a peaceful transition to a new government that it can count on, with no crazy surprises, no unilateralism, and that takes “governing” — here defined as maintaining order so the engine of capital can keep chugging along — seriously.

Biden’s the man for that job. He brings to the table everything they could hope for in uncertain times. He has the experience and connections to put together a team — the one he’s been building with his Cabinet announcements — the ruling class can count on to ensure the institutions of bourgeois rule are doing the work for which they were created. He has made clear that he wants the entirety of the political establishment involved, not just his own party. And long before he was elected, he made explicit that he wasn’t going to be challenging the fundamentals of class division in this country.

At a fundraiser in June 2019, Biden promised rich donors that he wouldn’t “demonize” the wealthy if elected, and declared, “The truth of the matter is … you all know in your gut what has to be done. We can disagree in the margins but the truth of the matter is it’s all within our wheelhouse and nobody has to be punished. No one’s standard of living will change, nothing would fundamentally change.”

In a recording from December 8 that was leaked and is now on YouTube, Biden also made clear to the Black “leaders” in the online meeting — all linked to the Democratic Party — that nothing is going to change for Black people under his administration. The rulers insist on no more than lip service to the demands of the Black Lives Matter movement that came out so strongly in the streets last year to protest the killer cops who oppress people of color on behalf of the state. And so, Biden minimized the requests in that meeting for voting rights protection and federal intervention to address police brutality.

In short, the “normalcy” to which Biden promises the United States will return is nothing different than the situation before Trump entered the White House. It’s not about addressing the growing income inequality that has thrust millions more into poverty since the pandemic began. It’s not about confronting the systemic racism that kills the George Floyds and Breonna Taylors across the country and gets peaceful Black protesters brutalized outside the Capitol while rampaging right-wing terrorists who are white are let in through open gates.

Here’s what it is about. It is about restoring “norms” and “civil discourse” and the illusions of “democracy” that are inherent in our system. It is about shoring up the uniquely American two-party system that, coupled with the Electoral College, was built to ensure that rule stays in the hands of the bourgeoisie’s lackeys, so capital can endure without any serious challenge through the ballot box.

The events at the Capitol last Wednesday strengthened the incoming Biden/Harris government by creating bourgeois unity — from the liberal press to the Pentagon, and including the twin parties of capitalism — in response to the “Trumpist” threat and the “defense of democracy.” It is no accident that the big capitalist newspapers, including the New York Times and Washington Post, all use the rhetoric of “attempted coup” and “insurrection” and “sedition” to describe what happened. They do so in the service of strengthening the bourgeois front against instability — embodied in Trump and his most ardent followers — and to give as much legitimacy as they can to the new administration. Ultimately, the objective is to create the space for applying Wall Street’s agenda, especially the austerity measures that will be required in the coming months.

All of this explains Biden’s “bipartisanship,” his repeated assurances that he will “cross the aisle” and work with the Republicans from whom he is barely distinguishable. The stability and “normalcy” that he aims to establish and solidify is at the center of everything he says. And McConnell and the other leading Washington politicians can be counted on to accept that and adapt, because it’s what the people they work for demand. They’ll do the job for which they are paid.