I am a birder, which is what “birdwatchers” call ourselves. I am also a Black woman. Recently, birding was added to the list of dangerous activities for Black people. 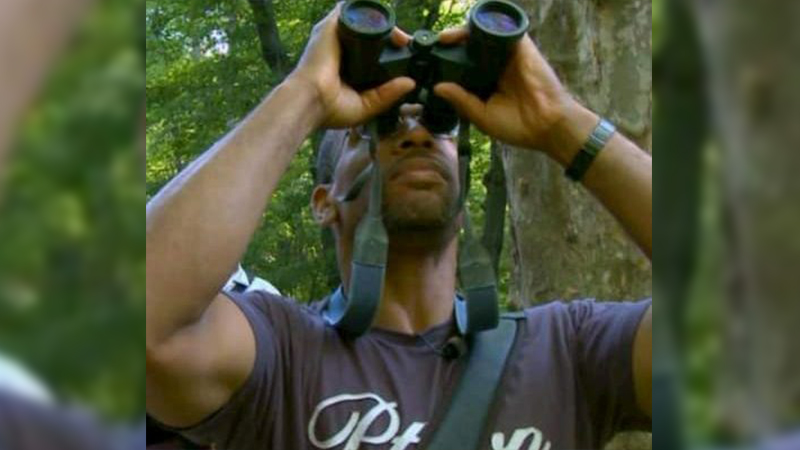 Birding is relaxing, free, and a way to get to know your neighborhood. Some birds are there year-round and others show up for a few months like a relative from out of town. It’s amazing what a person doesn’t notice if they aren’t looking. Through birding, I have discovered a whole natural world in the skies, branches, marshes, and shores around us.

I have also dealt with racism while birding. Birding has typically been considered an elderly white person’s hobby and many in the communities can be entitled and territorial. For example, when another birder and I hop the same fence to get a better look at an interior (them leaving and me coming or vice versa), they often judge me for doing what they just did, especially if I don’t have binoculars or my book with me. Book or not, you aren’t better than me, Fred and Ethel! I have also had entitled white people who were not familiar with the local birds misname birds and whitesplain/mansplain to me.

With the event that transpired recently which is making national news, it is becoming clear to everyone that birding while Black can be dangerous.

Christian Cooper, a Black man birding in Central Park, was accosted by a white woman, Amy Cooper (no relation), when he confronted her about not having a leash on her dog. Dogs roaming free can potentially attack birds that roam the grounds of this sanctuary. Instead of leashing her dog, she threatened to call the police on him. As he calmly spoke to her, she actually called them. On the call, she lied to the cops, saying that an African American man was threatening her. He was doing no such thing.

The sinister nature of what she did cannot be overstated. She looked Christian Cooper in the eye and said she would lie to the police about his actions. It was a death threat. A credible one. The police are a murderous force against Black people. In just the past few weeks, we’ve learned the names of unarmed Black people killed by the cops and armed vigilantes for simply existing. Breonna Taylor was sleeping and the police busted down her door and entered her home blazing. Ahmaud Arbery was jogging and white vigilantes chased him for four minutes and then killed him. Tamir Rice, a 12-year-old, was murdered for playing in his neighborhood park. The list goes on.

This is another example of how no space, even the park, is safe for Black people. Especially a space meant to relax the body and stimulate the mind.

I am relieved that Cooper filmed himself and was not murdered by police. This incident is reminiscent of the historic trope of white women lying about Black men to get them killed. This includes Emmit Till being murdered to whole cities getting burned to the ground in pogroms, such as the Tulsa massacre in 1921.

The capitalist class will always profit from this destruction. In the early 20th century, while middle class white men burned Black communities like in Tulsa, rich white men were bankrolling the pogroms and cashing in on the massacres. They took over the property that Black people had owned. It was not only racist hatred, but capitalist profit that drove these attacks.

Still, those who destroyed Tulsa and the cops who today brutalize Black people don’t actually care about protecting white women either. Police have higher rates of domestic violence against their partners. Hundreds of thousands of untested rape kits rape kits collect dust on shelves, leaving victims vulnerable and perpetrators on the loose. Not only is calling the cops on Black people a threat of violence and death: when white women weaponize the police, they also call in the defenders of their oppression. The police are enemies of the working class and oppressed people.

Caught in her racist attempt to weaponize whiteness, Amy Cooper now claims she “isn’t racist” in her public apology. From that statement alone, we can see that she has not stopped her lying. Since the video went viral, she has been fired from working at Franklin Templeton. Christian Cooper remarked about her actions:

I videotaped it because I thought it was important to document things… Unfortunately we live in an era with things like Ahmaud Arbery, where black men are seen as targets. This woman thought she could exploit that to her advantage, and I wasn’t having it.

Christian Cooper was right to record her. If he hadn’t, he may have been arrested or killed by police. We must continue to organize and fight against every racist injustice, attack, and lie against working-class and oppressed people. We need to build a movement that fights the police and bigots who target oppressed people, as well as fighting against the capitalist system — the profiteers and instigators of racism and sexism.

Black people not only have a right to life, but to enjoy life without harassment and bigotry. That right must be defended by workers and all oppressed people.