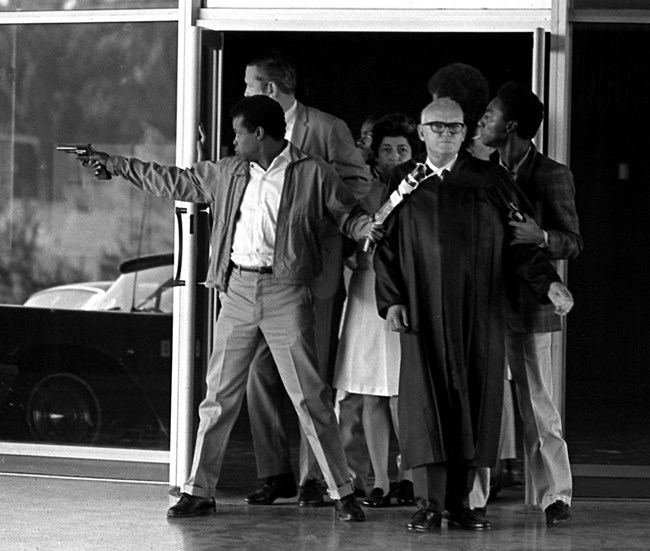 Black August exposes the ongoing system of brutality and racial oppression, bringing executions, assassinations, state repression and mass incarceration of Black radicals to the fore. It also brings to life the achievements and continuing legacy of Black dissidence and leadership that have ignited society and carried forward the liberation movements of oppressed people.* Left Voice participates in the commemoration of Black August and was invited to speak on a panel regarding current revolutionary struggles.

Far from forgotten, this history of revolutionary resistance provides inspiration and political grounding to Black activists and revolutionaries today. On August 7 in Los Angeles, numerous groups including the East Los Angeles Brown Berets, former members of the Black Panther Party, Left Voice, Black August Los Angeles and others came together for an event at Chuco’s Youth Justice Center to commemorate the legacy of Black freedom fighters. The evening featured the debut of the documentary film, Jackson: Not Just A Name, The Story Of The Jonathan Jackson Educational Cadre (JJEC). Filmmakers and Left Voice supporters Harold Welton (JJEC co-founder) and David Dang (organizer in the Vietnamese and Black community) introduced the film and shared the experience of bringing the little-known history of the JJEC to life.

During her presentation, Julia Wallace of Left Voice raised the issue of internationalism and the need for class solidarity against all forms of oppression by the State. Panelists called for unity against capitalism and the racist police in addition to an end to U.S. imperialism worldwide. The panel concluded with a joint solidarity announcement from StrAPT and Left Voice in support of the National Prisoner’s September 9th Strike on the anniversary of the Attica rebellion.

Black August Los Angeles will be having a Martyr’s Tour of Black Revolutionaries killed by the LAPD. There will also be tours of the Black Panther Party LA headquarters, which was raided by the LAPD and newly-formed SWAT units during a four-hour gun battle on December 9, 1969. In addition, there will be tours of the clinics and community programs created by the Panthers (Saturday, August 27, 11am at the AFIBA Center: 5730 Crenshaw Blvd, Los Angeles).