Black Man Murdered by Cops at Grocery Store in Brazil

On Thursday, a security guard and a member of Brazil’s military police brutally murdered a 40-year-old Black man. It has sparked demonstrations across the country. 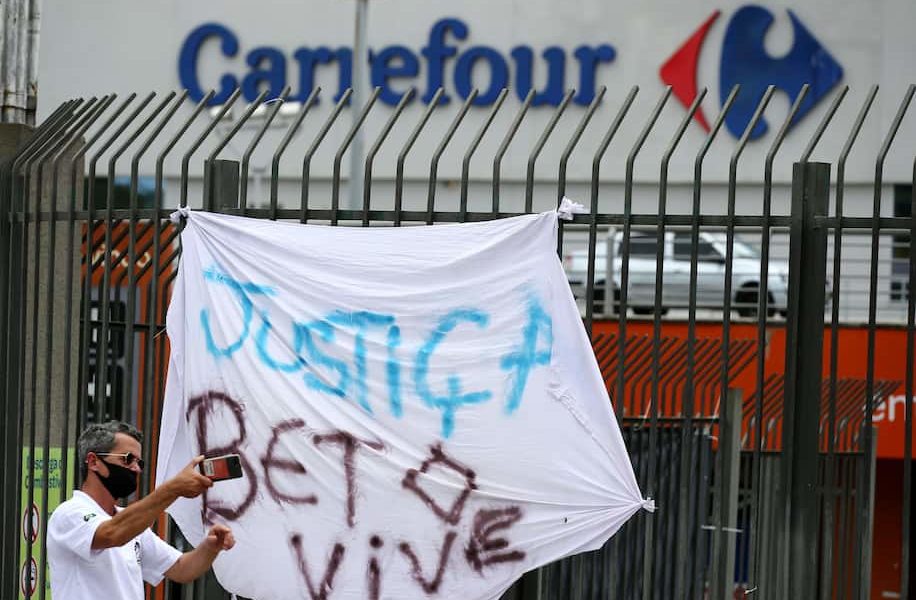 On Thursday, João Alberto Silveira Freitas was shopping with his wife at Carrefour, the grocery store in Porto Alegre’s neighborhood of Passo D’areia, when there was an argument with the cashier — who called the security guard. An off-duty member of the military police who happened to be shopping at the same store helped the security guard, and the two racists dragged João out of the store. “They violently beat him to death.

Emergency medical technicians called to the scene tried to revive João, as several videos posted on YouTube show, but were unsuccessful — he was already dead when they got there. The killers, who had waited over the corpse while waiting for the ambulance to arrive, were arrested for murder.

There is no way an argument in a supermarket justifies beating someone to death. This case reveals that structural and institutionalized racism is a matter of common practice by supermarkets such as Carrefour. On the eve of Black Awareness Day — when Brazilians commemorate the death of Zumbi dos Palmares in 1695 at the hands of Portuguese colonizers — it is necessary to organize and shout Black Lives Matter!

João was admired throughout the neighborhood and called “Beto Nego” by his friends and acquaintances. Demonstrations broke out against his killing in several Brazilian cities. Two other Carrefour stores were set on fire in protest. Outside the grocery store where João was murdered, protesters gathered and were met by police with tear gas. In São Paulo, where local media called the protests “vandalism,” CNN showed right-wingers attacking the demonstrators.

There were also protests at Carrefour supermarkets in two other cities, Belo Horizonte and Campinas.

Esquerda Diario expresses its solidarity with his family and friends, just as we declare our complete repudiation of this killing. João’s murder is a deep expression of the racism at the core of the rotten capitalist system, which in Brazil is controlled by a regime born of the institutional coup that came to power to increase repression, mass imprisonment, and police genocide with Black corpses piled high. Reforms, privatizations, and the dismantling of public health have increased the exploitation of the Black population, making our lives even more precarious.

First published in Portuguese on November 20 and November 21 in Esquerda Diario.