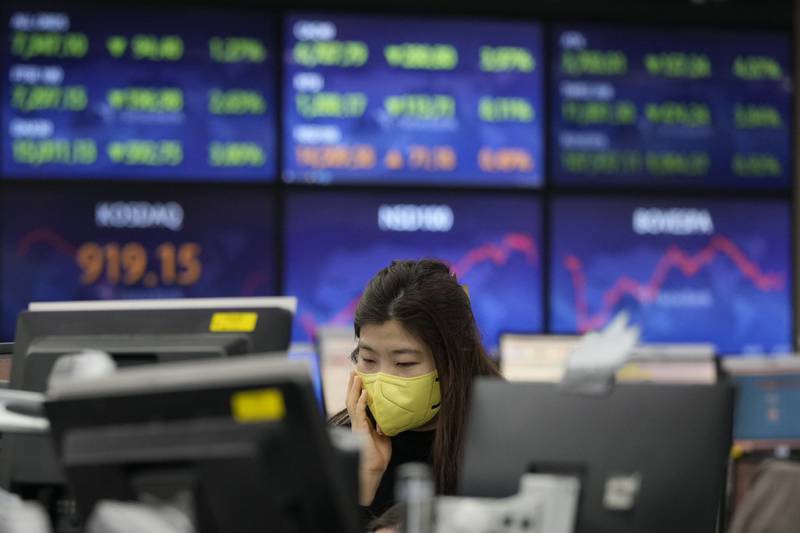 World stock markets took a nosedive on Monday, January 24 — the result of global uncertainty about a new meeting of the U.S. Federal Reserve, which could launch a new cycle of interest rate hikes in an effort to contain inflation, as well as threats of war in Ukraine. On Wall Street, all three stock indexes tumbled. The Nasdaq fell by more than 4 percent and has declined by 14 percent overall since the beginning of the year. The S&P 500 lost 3.38 percent of its value, and the Dow Jones lost 2.73 percent.

The main European markets also fell in yesterday’s trading sessions. Madrid’s stock exchange saw the Ibex 35 index decline by 3.18 percent; the Cac 40 index in Paris dropped 3.97 percent; the DAX, which measures Frankfurt’s blue-chip companies, lost 3.8 percent of its value; and Ftse Mib index in Milan tumbled by close to 4 percent. All of these indexes had started the day’s sessions in the red, but Wall Street’s opening hours later — with the focus on Ukraine and the Fed meeting taking place today and tomorrow — made the declines even worse.

Investors are turning to safer assets. For instance, the exchange traded fund (ETF) tracking gold managed a slight gain, up 0.2 percent on Monday.

According to the Financial Times, David Kelly — chief market strategist for JPMorgan Asset Management — “pointed to a hawkish pivot from the Fed, as well as concerns over the effect the Omicron coronavirus variant has had on economic activity, and rising geopolitical tensions as Russia stations troops on the Ukrainian border” as reasons for the losses.

Kelly added, “Everyone realized that this market has gone up a long way, given continued uncertainty, and it was due for a correction.”

“Correction” is capitalism’s euphemism for what happens when a market, after steadily rising for some period, declines rapidly from a peak that bourgeois economists think might be unrealistic. As Forbes has written, “The U.S. stock market enters a correction when an economic shock or a major event in society prompts investors to pause, take a step back, and consider what’s happening in the wider world.” The capitalists hate the volatility that world events often impose on the steady stream of profit and exploitation they expect the markets to support.

One thing is for certain: when stocks fall, workers take a hit.

Members of the U.S. central bank’s Federal Open Market Committee (FOMC) will meet on Tuesday and Wednesday to discuss possible monetary policy changes in the face of rising inflationary trends. Analysts expect the Fed to hold off on increasing interest rates at this meeting — they will remain in the 0.00 to 0.25 percent range — but do not rule out a decision at the meeting to accelerate the pace at which they will be raised.

Expectations are that the Fed will, over the course of 2022, raise interest rates as many as four times in an effort to stem inflation, which the working class feels most acutely. Higher interest rates affect workers generally making it more expensive to spend money and reducing disposable income — and for the most marginalized, making basic needs less accessible. Historically, higher interest rates have also kept U.S. companies from expanding employment.

This Thursday, U.S. GDP numbers for the fourth quarter of 2021 will be released, in a context marked by the persistence of supply-chain bottlenecks, inflation, and the growing problems with the pandemic.

First published in Spanish on January 24 in La Izquierda Diario.