Black Socialists Speak on BLM, Democratic Party Co-Optation and the Fight for Revolution 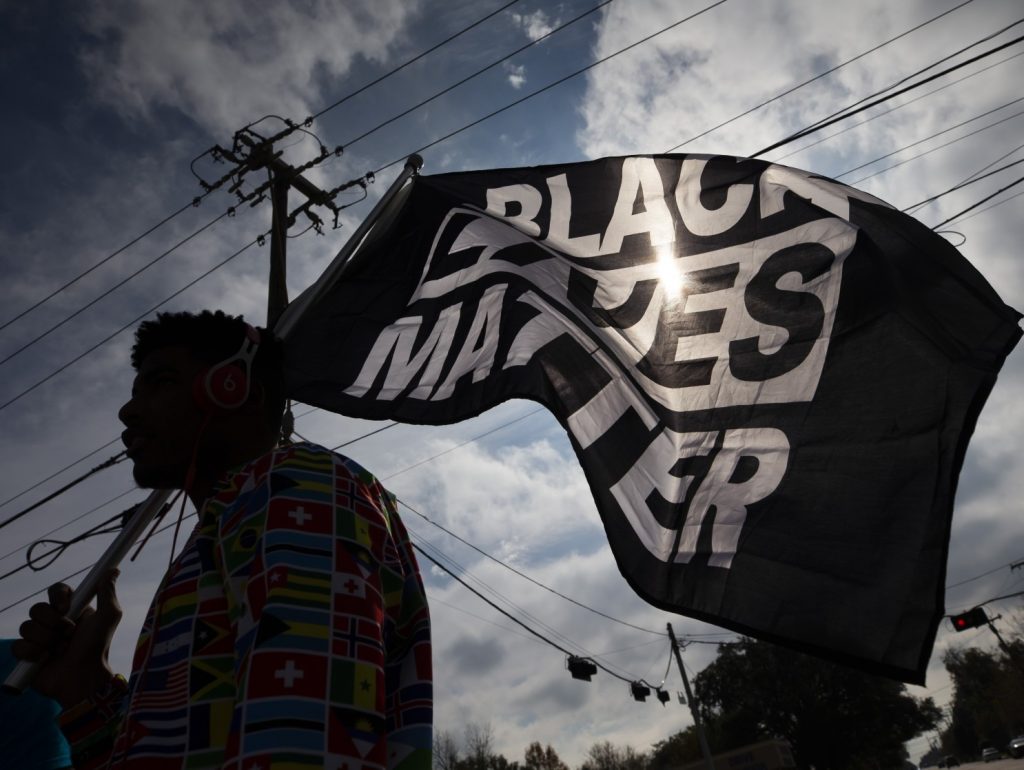 Carmin opened the panel framing the discussion in no uncertain terms:

The fight for Black lives must come hand in hand with a fight to end capitalism. A racist system that relies on targeting black people for prison and uses prison labor to maximize the profits of rich men while our communities starve and while our families and friends suffer. A system whose initial growth was rooted in the enslavement of black people. A system that relies on the bombing of black countries in Africa and the maintenance of despots in countries like Haiti to maintain global control by the capitalists….Our liberation is inseparable from the liberation of queer folks, Brown folks, women, all other oppressed identities and the working class as a whole and vice versa.

The panel came at a dynamic time for Black struggle. The Democratic party repressed and co-opted last summer’s Black Lives Matter movements, allying with non-profits and community bureaucracies to take the energy of the protests off the streets and to the polls to elect racist Joe Biden and cop Kamala Harris. The Black Lives Matter movement itself is experiencing important developments. In December, the “BLM 10” — a group of ten BLMGN chapters that broke from the global network — issued a statement calling for greater accountability, transparency, and democratic decision making within the national structure and leadership of BLMGN, especially calling out its co-founder and executive director, Patrisse Cullors.

A month later, BLM-Inland Empire issued another statement on why they broke with the national BLM network. While the statement focused on the disastrous internal structure of BLM, it also made deeper criticisms of BLM’s involvement with the Democratic Party and support for “black capitalism.” One of the authors of the statement, Darrin Johnson, spoke with this perspective at the event. Most recently, BLMGN, facing mounting pressure, disclosed that they raised $90 million in 2020. Sunday’s panelists explained that that money wasn’t being sent down to local chapters, but was instead being undemocratically funneled into the Democratic Party through a BLM PAC. YahNé highlighted how this was being done undemocratically at the top without input from local chapters.

The global network has a PAC, a BLM PAC, and it’s for funding for the Democratic Party. Very prominent members of BLM like Malina Abdula and Patrisse Cullors are ardent supporters of the Dem Party. We’ve seen photo ops with Kamala Harris. Kamala Harris has shown that she is doing everything she can to support the prison industrial complex. She literally fought against releasing prisoners from prison because she thinks they need to be a source of labor. She is advocating for the modern day equivalent of slave labor. And yet you have a member of BLM doing photo ops with this woman? … How can any organization that calls itself Black Lives Matter support the Democratic Party?

As Julia explained further (watch her speech here), BLM also took money from Amazon, which is currently fighting tooth and nail to break a unionization effort by majority Black workers in Bessemer, Alabama. “These majority Black workers are in a fight against one of the wealthiest people in the history of the world, standing up to them because of Black Lives Matter. The workers were inspired by the strength of our movement. Folks, we inspired workers to make them feel brave to fight.”

YahNé (watch her speech here) explained that the BLM 10 wanted transparency and democracy within BLM, particularly when it came to the enormous sums of money that the group was raising. BLM 10 also wanted access to BLM social media, which posted electoral strategies and support for Biden. She said,

We don’t appreciate those goofy politics representing the work we do on the ground. We are an abolitionist organization and we do not support Cop-mala who is the VP. We don’t care what HBCU she went to, we don’t fuck with pigs. It doesn’t matter if she’s VP or if she’s wearing chucks … We care about the lives of our family members in this country and around the world who are being murdered and being oppressed and terrorized by this militarized system that she represents along with Biden.

And the panelists are right — the Democratic Party is an imperialist party that represses, oppresses, and murders people around the world. Participants at the panel were reminded of this as the event opened with greetings from comrades in Brazil, France and Mexico who spoke out against racist U.S. imperialism and in favor of revolutionary, working class internationalism. YahNé spoke about the current uprising in Haiti, as well as the struggles in Colombia, Nigeria, Uganda and more. Julia added that the BLM uprising was an inspiration, not only to people in the United States, but to people around the world, including Bolivians struggling against the coup. Furthermore, it made the U.S. government less able to repress around the world. She explained, “U.S. imperialism was stalled because we were fighting them in the US. We need to remember, we live in the belly of the beast.”

However, anti-imperialism and internationalism have not been priorities for the BLM global network, especially as they ally with the Democratic Party. Darrin explained, “The organizing that I’ve done here, we’ve felt separated from the rest of the world. And even as a chapter of the BLM network, we still feel everything we do is insulated and just in our community and to be here right now to see so many people and messages from around the world…. It’s got me emotional.

Julia elaborated on the role of these community bureaucracies to capitalism:

Biden didn’t waste any time in not giving a $15 minimum wage, not giving $2,000 dollars [in stimulus checks], bombing syria, not supporting medicare for all…How could they able to do in the midst of global pandemic and in the midst of a national and even global uprising for Black Lives? They used union and community bureaucracy to corral people back into the polls and out of the streets.

DWB was formed because of the bankruptcy of the social justice organizations and mainstream civil rights groups but because our movement was based on mass democratic assemblies where people in the streets could voice their concerns, their questions, their aspirations, and battle the key political questions out about where the movement was going. We were able to have a space where misleaders from the mayor and police themselves, draped in community verbiage, about loving the struggles of young people, were able to confront the ways they were trying to demobilize the movement. Every given moment, we have to create institutions of democracy, decision-making, and debate.

One of the central campaigns that comrades spoke about was the fight to get cops out of our unions, since cops aren’t workers or friends to the working class, and don’t protect our communities.

Tristan provided a clear example of the connection between police and capitalism, explaining that in Detroit, he and hundreds of other protesters got arrested by the police and were taken to Little Ceasar arena, owned by one of the richest men in Michigan. “It was striking to us because it showed the relationship between the police and capitalists. The cops had the keys to this specific sports arena to process over 100 protesters. It shows who the police are serving and who they are intimately connected with.”

Speakers were clear: the racist police defend capital and capitalism. And we must fight capitalism with socialism.

Julia explained that our tools to fight racism and capitalism are not only marching — we must also mobilize as the working class. She explained that SEIU, the union she is part of called for a strike for Black lives, which was only a few marches. She said, “But what if every time the cops murdered us we refused to work? We are the ones who run society.”