This call for Black women to join in building a global revolutionary movement to overthrow capitalism was published yesterday throughout Latin America on the occasion of International Afro-Latin American, Afro-Caribbean and Diaspora Women’s Day. 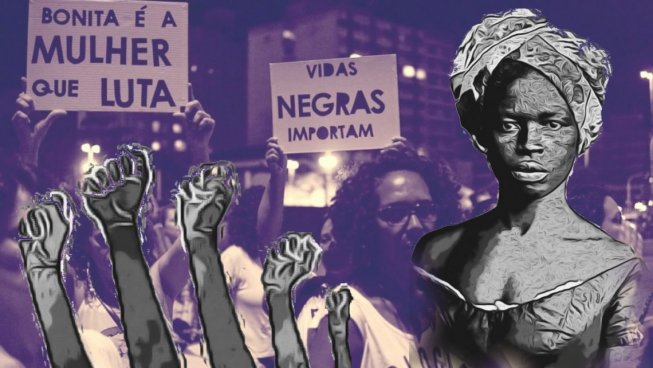 International Afro-Latin American, Afro-Caribbean and Diaspora Women’s Day on July 25 seeks to rescue our history.1 As the revolutionary C.L.R. James once wrote, “The only place where Negroes did not revolt is in the pages of capitalist historians.”2 Today, this day takes on special significance because Black women are at the center of the global class struggle. We are the great protagonists of the Black fury that has exploded in the United States and spread throughout the world, fighting against racism and police violence. Just like the young girl in the viral video expressing her hatred for this racist system so forcefully as she shouts “no justice, no peace,” we stand up every day and fight tirelessly against the evils of capitalism, which employs racism and gender oppression to deepen exploitation against the working class and the entire population.

The Struggle of Black Women Is Class Struggle

The Covid-19 pandemic has deepened the consequences of the capitalist crisis. Just as the illness is killing more black people, unemployment, job insecurity, and police violence have deepened to new levels. Racism makes us, Black women and men, the ones who suffer most from the consequences of this crisis. That is why a revolt has exploded in the heart of the empire, one that has unified different ethnic and racial groups to shout together: Black Lives Matter. Black women are the face of this mobilization. For George Floyd, for Breonna Taylor, for every Black man murdered by the racist police, we have stood up and taken to the streets. We spread the protests around the world with protests against police violence in many countries: the struggle in France for Adama Traoré, for the toppling of statues of racist, colonialist slave traders throughout Europe, in the antiracist and anti-fascist demonstrations in Brazil, and in the struggles of workers who are rising up against the health and economic crisis. We are at the center of the class struggle, because the vast majority of Black women are part of the working class.

In the United States, we fight against the racist and misogynist Donald Trump, but also against the Democratic Party, because it is not through racist Joe Biden any more than it was with Barack Obama, a Black president, that we will change the reality that the police are the armed force of the capitalist state and exist only to repress those who are not part of the ruling class — no matter their color. This struggle has spread into the American working class, which has begun to demand the expulsion of the police from their local unions and trade union confederations. It has involved shutdowns and a host of other solidarity actions by healthcare workers, dockworkers, and metalworkers. The number of strikes in the United States is on the rise. The young Black women on the front lines of the mobilizations in the streets are the very ones that capitalism holds in reserve for work when it needs them, on intermittent days and without labor rights. As we have always done throughout our history, we are rebelling against this.

In Brazil, Black women constitute a massive army of workers. We are the ones on the front lines working in essential services in the health, transport, and food sectors, and as cleaning contractors. We are the more than 6 million domestic workers — a remnant of slavery that continues to serve our country’s racist elite. We are Mirtes, who was forced to walk her boss’s dog and returned to find her own son dead, killed by the negligence of her boss who wouldn’t even devote a few moments to look after him. We are the ones who demand justice for Miguel. 3 We are also the thousands of women who have lost their children to racism, to the violence of the police that kills them throughout the world. We are the mothers of Juan, Gabriel, Guilherme, Ágatha, and João Pedro. They force us to work so we don’t die of hunger, at the same time that they tell us we must stay home. They fail to guarantee our right to quarantine, and then they send their police, who fire 70 shots into a house full of children.4 We are Marielle, a Black LGBT woman from the favela [slums].5 We are the open wound of the Bolsonarist institutional coup, a crime for which the state is responsible. No justice, no peace!

Between the Pandemic, Unemployment, and the Ongoing Attacks, We Fight for the Capitalists to Pay for the Crisis

In the Brazil of Bolsonaro, Mourão, and the military, we are the thousands who mourn their dead while the president says “So what?” We are the ones waiting in line to receive the insufficient emergency aid. We are the ones desperate over the threat of layoffs and unemployment — which the government has done nothing to stop. We are the ones who have to watch governors, mayors, the STF ministers of the Federal Supreme Court, and the big media posing as defenders of science, as concerned about health, while we suffer through their failure to guarantee the most basic measures, such as mass testing and hospital beds. We are the ones who listen to them demand that we “stay at home” while our bosses force us to go to work, threatening us that if we do not they will take away our only source of income. We are the workers for the delivery apps who led the largest shutdown of such workers in history, and who today will again be in the streets, leading a second national shutdown against the companies that exploit us and seek to legalize precariousness in the labor market after the pandemic.

The search for a path beyond racism and the crisis is linked to the “Out with Bolsonaro and Mourão fight,” but it needs to be expanded to include the racist judiciary and the entire regime of the heirs of slavery and the institutional coup. We Black women need to be at the forefront of the struggle for a Free and Sovereign Constituent Assembly to change the rules of this game, so that it is we and our class who define the laws that will govern our society. And in this process, we will defend the need to move forward and wage a fight for a workers’ government that breaks with capitalism. We need to unify our class in the class struggle to overcome the strategy of the PT [Partido dos Trabalhadores, Workers Party], with the division of labor it is engaged in with governors who implement attacks, such as pension reform, and its leaders in the union confederations such as the CUT and CTB, who during the “quarantine” have continued to keep the working class, Black women in particular, disorganized and separated from the struggle, as they move “full steam ahead” with their adjustments. This goes as well for the “broad fronts” in alliance with our class enemies, in which part of the Left — such as the PSOL6  — has unfortunately been participating.

The Fight Against Racism is International; It Must Also Fight This Capitalist System

We are key players in the largest movement in U.S. history. We are at the forefront of several class-struggle movements around the world. And at this moment, we see multiple efforts by governments and the bosses to defang our struggle and strip away all the power our Black rage could mean for offering a different perspective for the future. They seek to transform our image into products, into empty symbols that can be coopted by the bourgeoisie — as long as they are disconnected from our strategy to confront and fight against this system. They think our aspirations are limited to films about princesses and superheroes, as if our struggle were such that the same brands that exist only because of our labor, because of our blood and sweat, should use our own faces to advertise their products. Our fight is much more than some empty representation of the capitalists. We don’t want Michelle Obama, Condoleezza Rice, or Nina Silva.7 Our feminism is not the same as that of Djamila Ribeiro, who uses all her notoriety and prestige around the racial discussion to create propaganda for one of the companies that most exploits Blacks in Brazil, 99 Taxi, and with Bradesco Women defends one of the whites that most profits from the theft of our work.8

Our feminism is international and socialist, fighting against imperialism in the United States, Latin America, Palestine, and throughout the world. We call on all Black, Latin American. and Caribbean women to follow live the discussions at the Latin American-U.S. Conference called by the Argentine Frente de Izquierda for July 30 through August 1. This event will have at its center a discussion on the international class struggle, where we Black women are on the front lines. It is an important initiative that seeks to engage with other currents in the Trotskyist tradition regarding the need to establish — beyond any differences we may have — common action in this period to make sure it is the capitalists, and not the workers, who pay for this crisis. It will aim to draw the fundamental lessons of the moment, discussing the need to constitute in every country a United Workers’ Front against the union bureaucracies so we can strike as one against the capitalist attacks against Blacks and workers. Its perspective is to take steps to organize an International Conference that includes Left currents from the four corners of the world to discuss the programmatic and strategic milestones rebuilding the Fourth International, the World Party of Socialist Revolution, making the ideas of Leon Trotsky current for today, on the eve of the 80th anniversary of his assassination by the Stalinist counterrevolution.

As Leticia Parks declared in the July 11 international rally against racism and police violence by the Trotskyist Fraction: “As Leon Trotsky said, to be a revolutionary you must see life through the eyes of women. In this moment of black rage and brutal racist and patriarchal violence, I call on all of you to see life with the powerful eyes of Black women, who all over the world have nothing to lose but our chains.” Each day, it becomes clearer how reformism is nothing but a utopian path out of the depths of the capitalist crisis, which is making the class struggle return in a deeper and deeper way. The Movimento Revolucionário de Trabalhadores (MRT) calls for us to prepare ourselves for this by fighting for a revolutionary party of the workers that will move the country, with its majority of women and Blacks, to go beyond the PT and the bureaucracies on the Left and, by fighting for a world party of revolution, to overcome the fragmentation of socialists and unify the working class in the class struggle. This is the call we make to all Black women on this July 25th.

First published in Portuguese on July 25 in Esquerda Diário.