“Bolsonaro Prefers to Invest in Mass Graves for Black People Rather than in Healthcare”: An Interview with a Brazilian Socialist

Brazilian socialist Leticia Parks, of the Movement of Revolutionary Workers speaks about the state of the pandemic in Brazil, a growing hotspot for the virus. She also speaks about the ultra-right wing Bolsonaro government and violence against Black Brazilians. 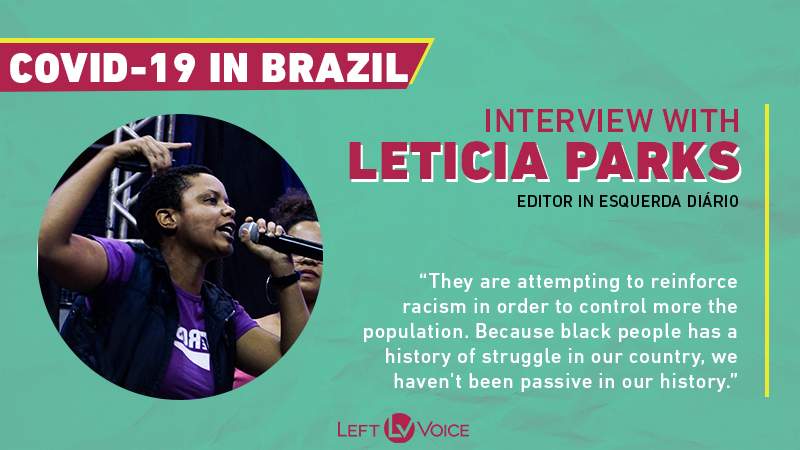