Border militarization on the rise 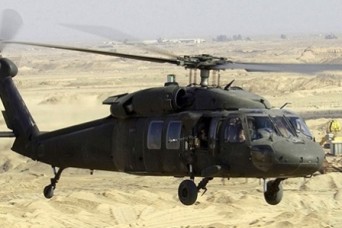 The statement was made after several media outlets had reported that a shootout had taken place on that same day. Allegedly, the shots that came from Mexico were aimed at a US helicopter from the Air and Marine Customs and Border Protection’s Office and forced the helicopter to land in Texas.

The event has sparked various statements by US legislators who warned their citizens of the violence in Mexico and called for measures of increasing militarization in the area or to even close consulates in various Mexican states. Proof of this is seen in the extracts of a letter published in Breitbart (Texas), where legislators Jason Chaffetz, member of the Republican Party, and Filemon Vela, from the Democrat Party and a member of the National Security Council, urged their government “to take all steps possible to reduce the level of violence, and to protect the lives of Americans working there”.

The hypocritical declarations of the US legislators ignore that the rise of violence in Mexico coincides with the start of the so-called War on Drugs that began in 2006 and has left more than 200,000 dead. The policy has been approved and pushed forward by the US government, which has given part of its budget to weapons, military training and keeping soldiers within Mexico.

The Obama administration has urged maintaining a prohibitionist drug policy in Mexico, despite the fact that his country is the biggest market for drug production and trafficking.

Although the US-Mexico border has a significant amount of drug flow, endorsed de facto by the authorities of the ‘Northern Giant’, it is also an important traffic zone of thousands of undocumented migrants that try to reach the US to become part of one of the most exploited sectors in the country, subjected to unstable living conditions and with the danger of being deported any minute.

The rise of the border militarization is a policy that has been increasing in the last decade and has extended to many areas of Mexico. It’s beneficial to the interests of the imperialist governments and transnational companies that invest in Mexico due to the “low cost of work labor”, which are a result of the application of the neoliberal plans along with the militarization and the “War on Drugs”, used as a means of silencing social activism.

At the same time, although he promised to approve the immigration reform, the Obama administration has deported more people than any other administration.
While the measures to criminalize migration remains on the rise, drug trafficking and its association with State institutions create a hellish route for migrants and has left thousands killed and missing.