Gabriel Boric’s wide margin of victory over José Antonio Kast in today’s Chilean presidential vote was a surprise. It was a rejection of the strengthening of the Right in the first round of the elections. Now that fight against the Right must move to the streets, where the demands from the October 2019 rebellion must be raised again. 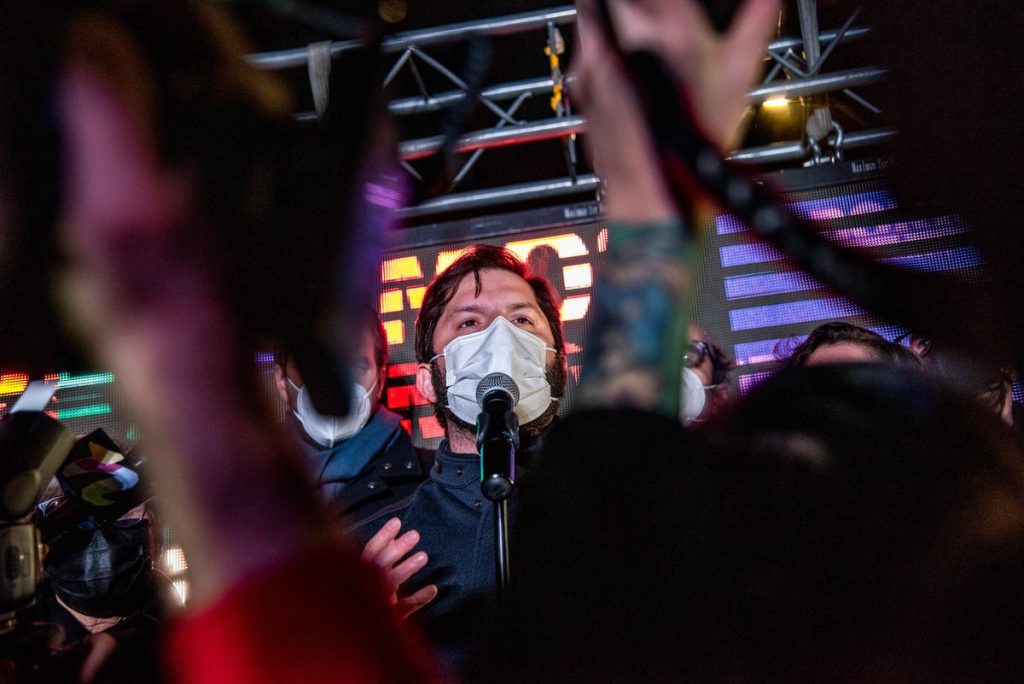 Millions turned out to vote in the second round of Chile’s presidential elections today. It was the highest turnout since voting became voluntary in 2012. More than 8 million people went to the polls — close to 55 percent of the electorate. Gabriel Boric, the president-elect, won the highest number of votes in Chilean history. His wide margin of victory over José Antonio Kast — more than 10 points — was a surprise. Kast’s triumph in the first round and the strengthening of the right wing in the parliament created a strong anti-Kast response. What today was expressed at the polls must now be taken to the streets, where we must raise again the demands from October 2019 — demands the ruling class, including the president-elect himself, want to bury.

Boric built up a strong lead in the Metropolitan Region (one of Chile’s 16 regions) and its capital, Santiago, losing only in three small comunas (the smallest administrative subdivisions in the country). While Kast won in La Araucanía and Bío Bío, he lost in the O’Higgins and Los Lagos regions, failing to hold on to the big lead in votes he had managed in the south of the country in the first round of elections. Boric also won big in the region of Antofagasta, which had gone heavily for Franco Parisi of the Partido de la Gente, who came in third in the first round. Parisi subsequently revealed himself as a bald-faced right winger, calling for a vote for Kast. But a significant percentage of his voters turned their backs on him and voted against the far-right candidate.

The considerable increase in votes for Boric nationally has generated widespread expectations of change. Many voters, though, chose Boric mainly to keep Kast from winning, without much enthusiasm for Boric himself. Boric was an icon of the “Peace Agreement,” signed in November 2019, which saved outgoing President Sebastián Piñera’s skin and led to impunity for those who had brutally repressed the uprising that began that October.

During the campaign, Boric and his “I Approve Dignity” coalition were systematically moving to the center and away from the demands for which millions mobilized in October 2019. He questioned the Pardon Law for those who had been imprisoned as part of the revolt and declared that the AFP pension reform was non-negotiable. Several former personalities and economists of the Concertación — the coalition that held the presidency from the time military rule ended until Piñera won in 2010 — joined his campaign with the aim of safeguarding the interests of Big Business and maintaining the key pillars of neoliberalism. In the campaign, Boric ended up committing to respecting the 2022 budget — which includes harsh austerity measures as the Covid-related emergency family income (IFE) program comes to an end — and honoring the demand for “fiscal responsibility.”

All this comes with a nod in the direction of forming a new alliance between the reformist Left and the former Concertación, a sort of New Majority 2.0, with the explicit support of former social-democratic presidents Ricardo Lagos and Michelle Bachelet, as well as the Christian Democrats. It remains to be seen how Boric’s government and cabinet will be formed.

Boric takes office on March 11, 2022. Beginning now, the rejection of the Right that brought him to office must move to the streets. This begins by demanding amnesty for all those imprisoned from the October 2019 rebellion and demilitarization of the Wallmapu lands of the Mapuche people. It means fighting for an end to the pension reform; a minimum wage of 600.000 pesos, with automatic increases for inflation according to inflation; and an end to waiting lists and the precariousness of healthcare, including a halt to all layoffs of health workers. It is urgent that we fight for pensions, wages, health, and housing.

Despite Kast’s defeat, the right wing remains strong in parliament. Meanwhile, those who own Chile’s wealth have already made clear their plans for the coming years: to make working people pay for the economic slowdown and inflation. They will do whatever is necessary to limit any changes that benefit the masses — and Boric has already announced that he plans to stay within those lanes. This is precisely why it is essential to take up the demands of October; strengthen the unions, student organizations, and social protest organizations; and build coordinating groups and self-organization to prepare the road to mobilizing in the streets.

First published in Spanish on December 19 in La Izquierda Diario.