Brazil: Lula’s Imprisonment Was Never About Corruption. Now There is a Smoking Gun.

Chats published by The Intercept show that the judge who imprisoned Presidential candidate Inacio Lula da Silva systematically worked with the prosecution to strengthen their case. 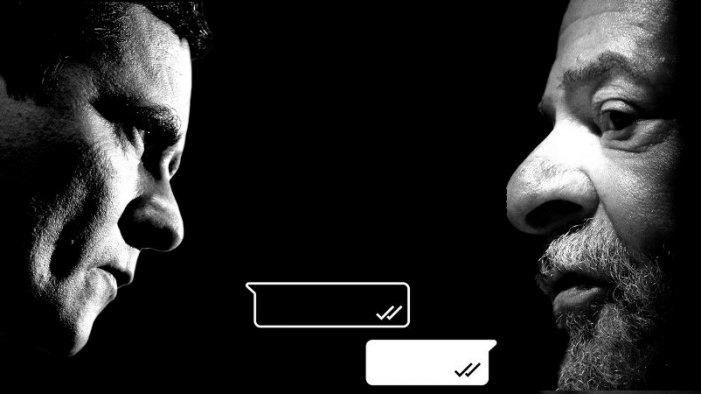 Over a year ago, it looked as if Brazil’s next president would be former President Inácio Lula da Silva of the Workers’ Party (Partido dos Trabalhadores, or PT). He was far ahead of any other contender, thanks to Brazil’s working class and poor, who remembered his eight years as president as a time of economic prosperity. It is commonplace to hear Brazilians say “For the first time, we had meat on the table.”

Lula is now in jail, and Jair Bolsonaro, one of the world’s most right-wing leaders, is president.

Sergio Moro was an integral part of this reversal. Trained by the U.S. State Department, Moro led Operation Car Wash (Lava Jato), an anti-corruption investigation used to further the political agenda of a sector of Brazilian and American capitalists.

In 2018, Moro sentenced Lula to nine years and six months in prison, forcing him to leave the Presidential race. Lula was charged with having received an apartment on a São Paulo beach from the OAS construction company in exchange for building contracts, a charge which Lula denies.

On Sunday, The Intercept published a series of private Telegram messages between Moro, then a judge, and Deltan Dallagnol, the prosecutor who oversaw Operation Car Wash. The messages demonstrate that Moro, a supposedly “impartial” judge, worked with Lula’s prosecutor to help him present the strongest case possible against Lula, although, as the messages also demonstrate, both the prosecutor and Moro had doubts about Lula’s guilt.

This complicity between Bolsonaro and the Operation Car Wash judge was evinced by Moro’s appointment as Minister of Justice by the new president. Now, there is further proof that Lula’s imprisonment was politically motivated.

According to The Intercept, private conversations show that Moro mentored the prosecution on how to present the case, even suggesting the order of sentences. In other conversations revealed by The Intercept, different prosecutors discuss how to stop the Folha de São Paulo newspaper from interviewing Lula in prison. According to the prosecutors, the interview could have benefited Fernando Haddad, the PT candidate who replaced Lula in the presidential election.

The Telegram messages published by The Intercept apparently came from the Public Ministry of the city of Curitiba, where the Car Wash case was based. After they were published, the ministry quickly spoke out against the leak, rebuffing the “vile” action of hackers who they say stole data from prosecutors. The ministry does not deny anything that The Intercept published. As journalist Glenn Greenwald points out, this response from the Public Prosecutor’s Office, or lack thereof, confirms that the material is authentic.

Lula’s attorneys have stressed that the leaked documents prove that Moro and the prosecutors had a “political agenda.”

But for most of us, the fact that the imprisonment of Lula was politically motivated is not news. It is part of the same agenda that led to the overthrow of President Dilma Rousseff in the 2016 coup. However, neither the Workers’ Party nor Lula himself denounced this obvious political maneuver. Rather, before turning himself in and going to prison, Lula affirmed his confidence in Brazil’s criminal justice system. This confidence in the system led to the PT’s failure to mobilize its supporters to defend not only its main leader but also the democratic right of millions of Brazilians to vote for whoever they wanted in the elections. Lula’s imprisonment was a blatant act of political repression against the only candidate who could win in the first round in 2018—that is to say, the only one who could beat Bolsonaro.

But Operation Car Wash was not just an operation against Lula and the PT. It began as an investigation into the corruption of large Brazilian companies, the so-called global players, which carry a lot of weight in Brazil and Latin America. They were the primary companies that American businesses wanted to displace in order to expand in Brazil.

This sheds new light on the Wikileaks revelation of a State Department report on a 2009 seminar when a U.S. team trained its pupils—including Brazil’s Federal Police, the judiciary, and the Public Ministry, as well as delegations from Mexico, Costa Rica, Panama, Argentina, Uruguay, and Paraguay—on how to undertake money-laundering investigations. Sergio Moro was among the participants and used these methods in the campaign against Lula.

The Capitalists Want the Working Class to Pay for the Crisis

Rousseff was impeached as the Brazilian economy took a nosedive, and austerity measures were being implemented against the working class. After the coup against Rousseff, her vice president, Michel Temer, took over the presidency. But Temer’s popularity ratings were laughably low: less than 10% approval for much of his presidency, as his own corruption came to light as well. This, coupled with the country’s fragile political and economic situation, prevented Temer from advancing the reforms demanded by Brazilian capitalists and foreign imperialism. So in order to ensure the implementation of the austerity and privatizations favorable to foreign capital, the judiciary, together with the economic and media establishment, aimed to help Bolsonaro become president. Already we see Bolsonaro cozying up to Donald Trump and opening Brazil’s door to foreign investment.

The Intercept’s disclosure is explosive for Brazilian politics. The GDP is shrinking, and unemployment and poverty are skyrocketing. The capitalists want the working class to pay for the crisis with massive austerity measures and cuts. But an enormous movement against education cuts emerged, bringing over a million youth and workers to the streets. Furthermore, there is a general strike called for June 14th against the pension cuts proposed first by Temer and now by Bolsonaro.

Left Voice spoke with Diana Assunção, editor of Esquerda Diario and leader of the MRT. Assunção pointed out that “Esquerda Diario insisted that Operation Lava Jato was a true pro-imperialist operation and the execution of an institutional coup. Under the banner of ‘fighting corruption,’ Moro intended to leave the way open for imperialist capital and its political expression in a ‘proper’ government. The aim of this government was to apply an austerity plan that would attack the working class and the popular sectors, even more than the PT itself had done.”

Assunção declared that now more than ever it is necessary “to demand the immediate release of Lula, though without giving any political support to the PT.” She concluded, “It is impossible to battle the neoliberal adjustments of the Bolsonaro government without the most complete political independence from the reactionary operation Lava Jato and judicial authoritarianism as a whole, which was and is a pillar of the institutional coup and of the neoliberal agenda.”

This article was first published in Spanish on La Izquierda Diario.