On July 6, 739 members of the PSTU (Partido Socialista dos Trabalhadores Unificados, United Socialist Workers’ Party), one of the largest left parties in Brazil, announced they were leaving the PSTU. 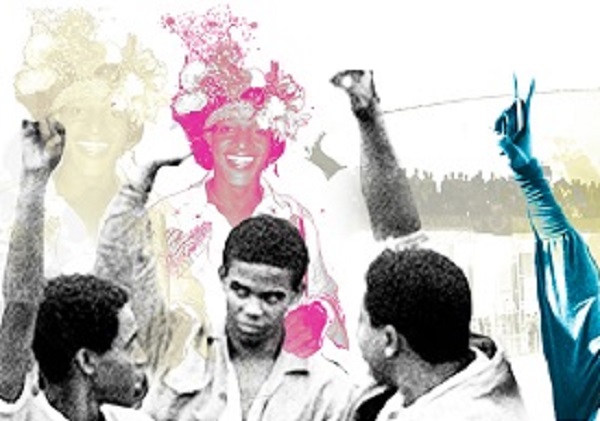 This split comes in the context of a right wing coup, which ousted the Workers Party (PT) leader, President Dilma Rouseff and replaced her with her Vice President, Michel Temer of the right wing party PMDB. The PSTU’s position on the coup essentially stated that all politicians must be replaced (with their slogan “out with them all”) and called for a general strike to bring about new elections. The slogan, “out with them all” did not have a basis in reality; the only politician who was being ousted was President Dilma and she was being ousted by the most reactionary and right wing elements in Brazilian politics. Instead of speaking out against the right wing, the PSTU saw the fall of President Dilma as one step in a chain of falls. Essentially, they believed that impeaching President Dilma could have a progressive outcome.

This position created a deep rift within the PSTU and resulted in hundreds of PSTU militants breaking with the organization, including many important intellectuals, such as Valerio Arcary and one of the PSTU’s two city-council representatives, Amanda Gurgel. 739 militants from 20 states signed the manifesto, entitled “One must snatch gladness from the days that are” (É preciso arrancar alegria ao futuro!) The positions regarding the coup explained in this manifesto come close to the positions of the MRT (Moviemento Revolucionario de Trabalhadores, Revolutionary Workers Movement), a political party who regularly published political critiques to the PSTU.

The manifesto states that for 8 months this group has been waging a political struggle against the majority of the PSTU. They explain that after the reactionary restoration of capitalism, it seemed like class struggle had ended. Yet, after the crisis of 2007-2008, new social polarizations emerged, as well as “contradictory phenomena” such as the Arab Spring, the emergence of neo-reformist parties like Syriza and Podemos, the strengthening of the right in many parts of the world and more.

According to the manifesto, these new situations open up space for revolutionaries to act, but “It is decisive that the revolutionary program be heard, that we fight for it in every space we are in and that it is understood and accepted by the vanguard.” The manifesto goes on to explain that this dissident group was not in agreement with the PSTU’s position on the impeachment and that they wanted to build unity in action with those who were to the left of the PT. The fraction that broke from the PSTU states that toppling the PT government would only be progressive if it was done by the working class.

The manifesto expresses great pride in having been part of the PSTU and defending the ideas and legacy of Nahuel Moreno. They also declare commitment to Trotsky’s legacy and building the Fourth International.

The PSTU issued a statement in response arguing their position in relation to the coup. They say that those who broke from the PSTU do not consider that the PT “betrayed workers and attacked their rights, awakening well deserved hatred.” The PSTU accuses the fraction of defending Dilma and the PT, arguing that for workers, the PT is the same as the right wing coup mongers.

The Revolutionary Workers Movement (MRT) weighed on the debate about the PSTU’s position from the beginning via Esquerda Diario, the most popular left news site in Brazil. The MRT issued the following statement about the split within the PSTU:

On July 6th, in the middle of a deep crisis of the Brazilian left, which especially impacted the PSTU, hundreds of members led an organized split from the organization. The context for this crisis and subsequent rupture is the political earthquake of the institutional coup a few months ago. Among those who broke with the PSTU are leaders within the party such as Valério Arcary and others who have now announced the formation of a new organization.

We believe the construction of a strong revolutionary socialist organization in Brazil is a pressing task- one which is part of the struggle for the reconstruction of the IV International. Yet, part of this task is intense theoretical, political and programmatic debate. We must debate our common experiences in class struggle with revolutionaries who come from different organizations and political traditions.

In this spirit, we would like to offer our point of view about the manifesto written by those who are breaking off from the PSTU.

We begin with a few points of convergence in our political characterizations and in national politics. In the manifesto, it says “After the majority of the bourgeoisie unified around the impeachment in February of 2016, we internally defended that it was vital to fight against this Parliamentary move, without giving any political support to Dilma. We believe that the overthrow of the PT government would only be progressive if it was done by the hands of the working class and by their own organizations. On the other hand, if (the impeachment was) led by the right wing opposition, the overthrow of Dilma would be a right wing path out of the political crisis.”

For us, this is an essentially correct position. However, we are measuring the progressive character of this position based on the low bar set by the PSTU. It is only in contrast to the PSTU´s positions that something as basic as this conclusion about the coup seems like progress. The manifesto’s position is only an affirmation of the ABC´s of Marxism- the necessity of opposing the institutional coup led by imperialist sectors such as the right wing of the bourgeoisie, the reactionary TV channel: Globo, Sao Paulo´s Chamber of Commerce (FIESP) and judges like Sergio Moro (who studied for years in the US to be useful in these types of reactionary operations).

It is unfortunate that the comrades did not make their position public when the coup was being executed. They did not demand intervention from revolutionaries to join with the sectors of the masses that rejected the right wing offensive and distrusted the PT. Many did not trust the PT because it is a capitalist party that implemented cuts and used the same corrupt methods as other capitalist parties. This political struggle to join with sectors who were not with the right or the PT was reflected in the MRT’s interventions in student and workers organizations where we had political work.

On the other hand, at least in this first letter, the comrades do not critique international positions shared with the PSTU that make similar political errors to about the institutional coup in Brazil. (Translator’s note: The PSTU held the position that the Arab Spring was a step towards a successful democratic revolution, and went to the extreme of sending political advice to Al Sisi- as if they were politically aligned). For example, the LIT (the international the PSTU is part of) argued that in Egypt, the dictatorship of Al Sisi – supported by Saudi Arabia – should have limited itself to “just” putting Muslim Brotherhood militants in prison rather than killing them. In other words, they do not extend the same conclusions that they have arrived at in Brazil to the political situation in Egypt. (Translator’s note: They failed to recognize that actions by the right wing do not bring progressive outcomes) In Egypt, the consequences were incomparably more serious. This is a consequence of the decision of breaking with the PSTU in the national sphere, but remaining in the framework of the LIT in the international sphere.

On the topic of the international situation, in their manifesto, the comrades write a clarification about the negative effects of the capitalist restoration. (Translator’s note: The PSTU’s position was that the fall of the Berlin Wall would lead to a strengthening of the left. The fraction that broke off expressed disagreement with this position.) This is a positive step, even though they wrote this in in 2016- almost 30 years after these phenomena occurred. The document seems a bit anachronistic, even though it was a wise step away from the absurd position of the PSTU and LIT. The LIT insisted against all evidence that all the movements would lead to triumphs and that the left would inexorably advance. In reality the neoliberal offensive and the restoration of capitalism created a reactionary scenario, suffered by all and understood by any politicized worker or student.

Returning to the national situation, the manifesto also puts forward critiques against those who wish to re-write the reformist positions of the early PT, like the majority of PSOL (Party of Socialism and Liberty, another left political party in Brazil) wishes to do. They differentiate themselves correctly from the PSOL’s tendency to adapt to the PT. However, they do not say anything about Luciana Genro’s MES, whose position adapted themselves to the coup in a similar way to the PSTU and today goes further in seeking an electoral alliance with the political party Rede of Marina Silva. Silva is the candidate of the bank, Itau. It is an alliance that may not happen, but only because the Rede may not want it.

In the manifesto, the comrades also propose an orientation for elections and class struggle- a Left and Socialist Front. To help make clear the debate around this proposal, perhaps it would be useful to examine the experience of the Left and Workers Front (FIT in Spanish) in Argentina, whose program centers the working class and class struggle. Class independence is not only not voting or allying yourself to bourgeois or petty bourgeois parties, but it means strategically defending a government that breaks with capitalism. In other words, a government of workers, as the FIT defends.

We consider it very positive that a significant group of comrades has begun to distance themselves from the right wing positions of the PSTU. We hope that they continue advancing to converge around the class struggle on a national and international level.