Brazilian Electronic Duo NU Launches a Call for the Rebirth of Lilith on March 8.

Guest Artists: Brazilian Electronic Duo NU Launches a Call for the Rebirth of Lilith on March 8. Check out their website here: www.nakeduniverse.net 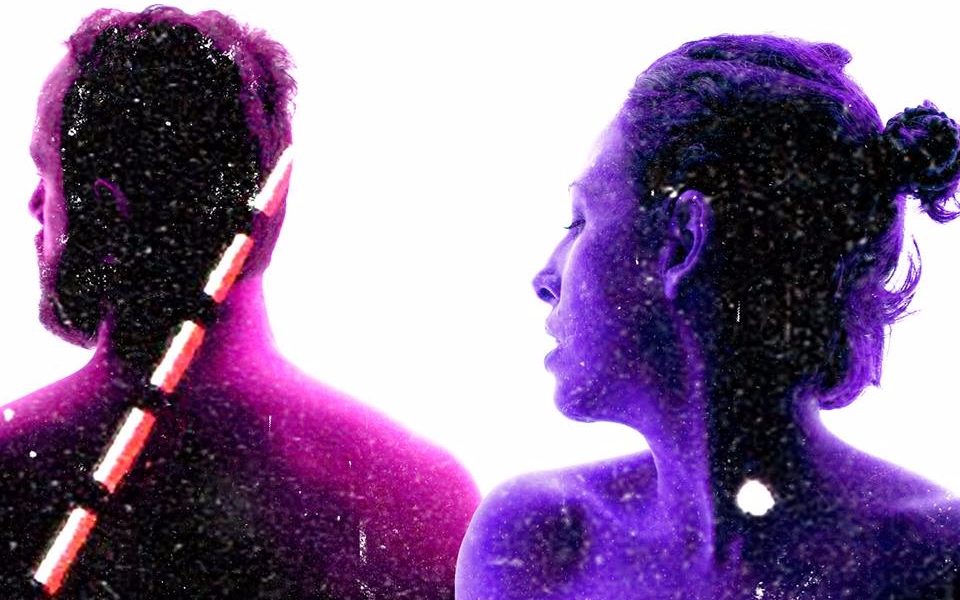 Image: by Pedro Hurpi and art by Di Hayashi
Check out the music video here:

The Lilith we introduce here is one born in a contemporary urban environment. We can put our headphones on and hear distant noises–there are cars, and voices we can hear; we are in the pulsing heart of a city. The awakening of Lilith, however, should occur everywhere: in the countryside, in the mountains, in the cities by the sea, in the little villages, all over the world.

We will make use of the song of the electronic baroque duo, NU, in order to recall a mythical figure which reappears with all its strength, asking to be understood on this very March 8th. This song is an invocation, a litany to Lilith. A litany of the present. NU recorded a prayer of the present, a litany to arm our bodies, our minds and our hearts, to make them ready to fight for the life and the self-determination of women.

Lilith leaves Mesopotamia, leaves the Ancient Testament and is thrown into the city on March 8th for the international women’s strike. Not only was Lilith adored, in ancient times, as the goddess of winds and tempests but she was also feared. The popular belief was that she also brought plight and death. We always fear what we cannot subdue to private and arbitrary will. What is central to the story of Lilith, and our own story, is that point which we cannot reach, since it has been, somehow, erased, altered, modified. This unknown element follows the myth of Genesis in the Western world, in the Christian-Hebrew world. Lilith has been erased from our origin. Our memory has been altered. Lilith was not only Adam’s first wife, but she was the first woman. A being created by God not out of a piece, out of a man’s rib, but, just like, as an equal, she was made from a whole different substance. Adam was created from dust, Lilith from earth.

Lilith is the woman that interdicts, she is the one who decides not to subdue to the arbitrary demands perpetrated by Adam. Because she opposes herself to the desire of the other, because she decides to hear and to enunciate her own desire, she is exiled and persecuted; she comes across the reality of not being welcomed nor understood by anyone, it makes her furious.

There are many versions of this myth. One says that as Lilith escaped Adam, as she sought help from God and had it denied, she fled to the Red Sea and there she copulated with the demons giving birth to hundreds of children that never actually had a chance to grow up, as she killed them all. She continuously created and destroyed. What painful restlessness. Maybe it is her power of creating and destroying, something that puts her in a position to challenge her Creator, which terrifies those who hear her name. Maybe coming across a woman’s desire provokes terror, even today. Having her own desire, not the desire to bear someone else’s wish. The only thing Lilith does is to say to Adam: “I am me, I’m not you”.

This assertion seems to throw the first of men in a condition of anguish and helplessness. Maybe Adam felt annihilated by having his desire of fusionality denied. Lilith did not want to have sexual intercourse with Adam the same way he desired it. She did not subdue. Adam could not hear a no, he could not welcome the difference brought on by Lilith. So the first woman asked God for help, but as the Scripture tells us, He took Adam’s side. Alone and helpless, Lilith’s reaction was a violent one, an infinite cycle of creation and destruction. The backs turned on Lilith are the same backs that were turned on Eliza Silva Samudio, a Brazilian woman who was brutally murdered, ripped into pieces and given to a dog to be eaten, by her ex-partner, the soccer player Bruno Fernandes who did not want to pay his son’s alimony. The man who was sentenced to more than 22 years of jail is now walking freely in the streets. The same backs were turned on the 25 year old Nicaraguan woman, Vilma Trujillo Garcia, who was burned to death last week accused of being possessed by evil spirits.

The list is endless, the names cannot be forgotten. According to the violence map produced by the Patricia Galvão Institute in 2015, violence against women has risen in Brazil more than 20% from the year of 2003 to 2013. More than 50% of the cases of feminicide are committed by family members, more than 30% by ex-partners. Not only have we been erasing all this data and the memory of Lilith, but we also have been erasing words. Our newspapers resist writing the word feminicide. What is unsaid does not exist. What is left of Lilith when her will is not respected and she has nowhere to go?

The Lilith of the song we present, the electronic baroque Lilith, the one who sings a day and night litany, the litany of the present, brings within herself a shade of hope and embrace, she is capable of transforming what had seemed to be a drawn destiny.

“She trusts in love,
She transforms love
She believes in love
She repeats in love”

The only way out is that Lilith should not be alone, there are thousands of Liliths walking by her side, there are many other men, different from Adam, who know how to respect the will and desire of another human being. Still, it is not enough. It is not only capability of changing one’s feelings, one’s capacity to welcome and respect a different will. It is not enough, because a political, social, juridical and economical structure is needed in order to enforce these values. It is necessary to have a multitude and an apparatus to defend the possibility of saying “no”, of making choices about one’s own body, of consenting to make a choice for abortion, so that Lilith could actually voice her desire and move on with her life without being banished, exiled, forsaken and expelled.

What is at stake here is not only Lilith’s words, her will, but also her desire. A woman’s desire should not cause such discomfort, neither to herself nor to others. Desire should not be persecuted, usurped, abused, silenced. The hard political and social struggle should also be accompanied by a more subtle and personal one, so that Lilith could finally be free, as in the litany:

“Light, timeless, free
Yet she may be”