Brazilian Police Attempt to Confiscate Book Due to “Homosexual Content”

Rio de Janeiro’s police were sent to a book fair to confiscate a book due to homosexual content- a kiss between two characters. 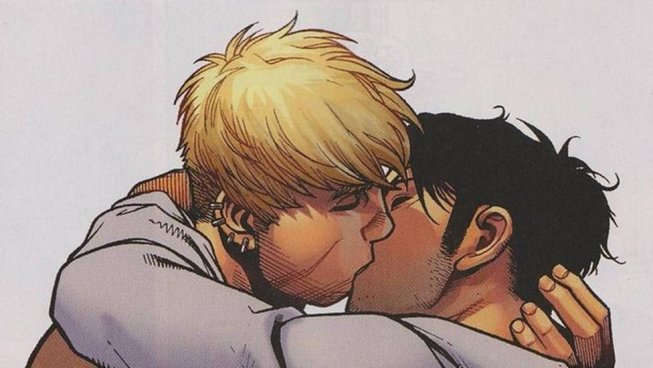 The mayor of Rio de Janeiro attempted to confiscate an Avengers comic due to “homosexual content”: an image of two characters kissing. He sent the police to Rio’s largest book fair, the Book Biennial, that gathers hundreds of people from all over the city to purchase new and discounted books. The police were ordered to confiscate the culprit: “Avengers: The Children’s Crusade,” in which the superheroes Hulkling and Wiccan, who are boyfriends, are kissing. “Books like this need to be packaged in black plastic and sealed” because they peddle “sexual content for minors,” Mayor Marcelo Crivella said in a video posted on Twitter.

This is no surprise coming from evangelical mayor Crivella, known for his right-wing and LGBT-phobic politics. Crivella later tried to extend the censorship to all books on exhibit at the Book Biennial; however, all of the “Avengers: Children’s Crusade” books were sold out by the time the police arrived.

Crivella was unable to follow through with the censorship after the Supreme Court of Brazil ruled in favor of protecting the organization, although the ruling was partially overturned the next day. The ruling prevents the state from conducting searches and confiscations of books during the Biennial and establishes that the state cannot take away permission for the events of the festival. According to the court ruling, the municipality cannot withdraw the books in circulation “based on their content, notably those which are about homosexuality.” Brazil’s Supreme Court officially criminalized homophobia and transphobia in June. Yet, just the next day, a court said that gay and lesbian content for children should not be on public display.

Brazil is one of the world’s leaders in LGBTQ+ hate crimes: more than one LGBTQ+ person is murdered in Brazil per day, the highest number in the world. This epidemic of hate crimes is not new, but it has escalated under Brazil’s current political leaders.

These attacks are aggravated by the discourse and politics of homophobic leaders like Crivella and Bolsonaro, who censor LGBTQ+ content and encourage violence towards LGBTQ+ communities. Marcelo Crivella, besides being mayor and a bishop of the Universal Church of the Kingdom of God (IURD), is a political figure on the right and an integral part of Bolsonaro’s political attack on the so-called “gender ideology.” Since the start of Jair Bolsonaro’s presidential campaign last year, he has been very clear about his anti-LGBTQ+, anti-immigrant, racist, sexist, and anti-worker political agenda. He has positioned himself politically in a war against what he refers to as “gender ideology,” by which he means any policies or activism in favor of gender equality and the rights of women and LGBTQ+ people. Last week, he instructed the Minister of Education to write up a bill that would prohibit “gender ideology” to be taught in elementary schools. All of Bolsonaro’s attempts to censor and strip the LGBTQ+ community of representation come in the midst of his administration’s offensive to legitimize violence against the black community (like in the case of Moa do Katendê), against immigrants, against women, and against workers.

However, there has been quite a bit of activism—primarily online—aimed to ridicule the mayor’s actions. The image of the two cartoon characters kissing has made it to the online profiles of millions, and Folha de São Paulo put the image on their front page. At the book fair where the original censorship occurred, people marched through the massive event waving rainbow flags to repudiate the attacks on the LGBTQ+ community and the homophobic and transphobic policies of the Bolsonaro government.

Although the Brazilian government has attempted over and over to turn back the clock on LGBTQ+ rights, and further marginalize the LGBTQ+ community, many Brazilians are fighting back against each of these attacks.

In 2017, the courts ruled that psychologists could engage in conversion therapy. There were massive protests and the government had to backtrack.  As many queer socialists said then, and have continued to say:  “We are not the ones who are sick. Capitalism is.”