This Friday marked the ten-year anniversary of the start of the Occupy Wall Street (OWS or “Occupy”) movement, when one thousand protesters gathered in Zuccotti Park in Manhattan’s financial district. The movement quickly spread across the nation and the globe.  Drawing its inspiration from the sweeping Arab Spring protests across the Arab world, the OWS movement denounced economic inequality and political corruption. It catalyzed a broad movement that stirred class hatred and delegitimized capitalism, exposing it as a system where a few people accumulate an exorbitant amount of capital at the expense of the vast majority living in precarity. Ten years later, however, the 1 percent, the subject of the movement’s outrage, have only gotten richer. Despite its dissipation, there is much to be learned from Occupy’s brief and potent moment on the international stage about what is required to build and sustain a mass movement.

What Was Occupy Wall Street?

The Occupy movement emerged in the aftermath of the Great Recession of 2007 and in the midst of a dragging War on Terror. As billions of dollars were spent on sending American soldiers to die and killing Afghans and Iraqis, the U.S. working class was struggling to put food on the table and seeing its economic prospects evaporating.

OWS represented, for the first time in a long time, spontaneous disruption. Two years earlier, many young people channeled their discontent about the wars abroad and financial crisis at home into Barack Obama’s “HOPE”-filled campaign. Deeply disillusioned by gridlock and the political elite, the working class gained a growing sense that these officials did not represent their interests. As homelessness, poverty, and scarcity became entrenched in the reality of life for the majority in the United States, indignation began to set in. Jaded by the political elite’s double-faced promises to save the economy, while using taxpayer money to bail out the big banks at home and wage endless war abroad, the movement found its first sizable manifestation in the heart of capitalism: Manhattan’s financial district.

Answering a call put out by the Canadian magazine Adbusters, two thousand protestors descended on Lower Manhattan on September 17, 2011, identifying themselves as the 99 percent. Calling attention to the growing divide between the struggling majority and the wealthy few who control the political system, the encampment began at Zuccotti Park.

While the initial protests received little attention in the first week, police violence quickly escalated media coverage, and images of pepper-sprayed protestors and mass arrests began to circulate on the internet. In the streets, the movement amassed huge crowds. Signs read, “We are the 99 percent.” One could hear chants like, “Banks got bailed out, we got sold out,” and “Hey-hey, ho-ho. Goldman Sachs has got to go.” Protestors taped dollar bills over their mouths. Class rage was palpable. That fall, the movement quickly spread to over 600 American towns and cities, and eventually 1,500 cities globally.

On October 5, the movement in New York City reached an unparalleled scale: an estimated 15,000 protesters and union members marched on the financial district and over 700 people were arrested. Over the course of the movement, over 2,000 protestors were arrested in New York City alone. Within its first six months, over 6,500 people were arrested nationwide. As it grew, occupiers were the subject of heavy surveillance by the Department of Homeland Security.

On October 15, the Occupy Collective held an international “Day of Rage,” holding demonstrations in more than 950 cities in 82 countries. While demonstrations were largely peaceful, several notable examples of police violence brought even more attention to the movement. Occupy Oakland made headlines when the police raided the encampment before dawn, injuring Iraq war veteran Scott Olsen and sending him to the hospital.

A notable feature of Occupy was its system of self-organization. Through general assemblies, occupiers organized food and comfort stations, childcare, and other services. One of such services was the “People’s Library,” which, during the encampment’s lifespan, had a collection of nearly 10,000 books run by professional librarians and even used an interlibrary loan system.

The broad principles that drove the movement helped expand its reach, but limited its potency, and there were limits to Occupy’s politics. The notion of ”prefigurative politics” emerged: occupiers claimed that their movement “aimed at prefiguring a future egalitarian and democratic society through its practice of a direct democracy that does away with hierarchies and eliminates the vices of formal, representative democracy under capitalism.” In other words, by sculpting political processes in the vision of its participants, the movement would create the future society it envisioned. As John Ehrenberg writes, “Not many people knew what Occupy Wall Street wanted, but a lot of people knew how it worked.” This kind of prefigurative politics often had the shortcoming of assuming the movement could create an alternative to capitalism within the capitalist system. This of course ignored that these alternatives are always crushed by the capitalist state — by force or by marginalization within a global system. In that sense, Occupy’s vision ignored the need to overthrow the capitalist state and fight for a socialist future.

Democrats, communists, and anarchists alike gathered under the broad umbrella of Occupy. While all had a generally anti-capitalist orientation, each individual or group had different ideas of what change should look like. Some wanted to jail the bankers, others wanted to overthrow the government. The lack of a program and a clear platform impeded the movement’s development, and made it difficult to extend beyond the encampment and into workplaces and neighborhoods. While Occupy created a new conversation space to critique the ills of capitalism, it fell short of organizing the working class and the oppressed behind a concrete program to confront the capitalist crisis.

The other limit was the lack of an active orientation to mobilize sectors of the working class who, with their firepower and their methods —the strike and the picket line — could have been a powerful ally to truly challenge the capitalist state.

By mid-November, the NYPD began to clear Zuccotti Park. Though protestors would continue to occupy the park in the following months and years, the cold of winter set in, and the movement never regained its original momentum. Lacking clear demands and a mechanism to channel participants’ discontent, the movement fizzled out, and the people radicalized by the experience of Occupy founded community organizations, took positions at NGOs, or went back to “normal life.” Some went on to join socialist organizations, and are currently involved in leftist politics.

The Capitalists Have Gotten Richer

Ten years after Occupy, there are even more reasons to fight.

The number of billionaires has more than doubled in the last decade. According to an analysis by Americans For Tax Fairness and The Institute For Policy Studies, “While billionaires’ total wealth fell by 6% (-$98 billion) from 2000 to 2010 as a result of the Great Recession, it shot up by 160% ($2.57 trillion) from 2010 to March 2021.” As of April 2021, U.S. billionaires had nearly twice as much combined wealth than the bottom half of Americans: $4.56 trillion vs. $2.62 trillion.

Corporate profits have nearly doubled since pre-recession levels. There has also been corporate consolidation across many industries, bringing ever higher profits to a smaller number of exorbitantly wealthy capitalists. The profits of the logistics sector, with the behemoth Amazon at its head, have boomed. As these corporations have devoured smaller businesses and expanded their markets, they have become major employers for the working class. Recently, they have also become the epicenters of high profile unionization efforts and class struggle, such as the union drive at an Amazon warehouse in Bessemer, Alabama, the Hunts Point strike in the Bronx, and, most recently, the ongoing Nabisco workers strike. Companies have responded with the usual repression and illegal anti-union scare tactics.

Political and social movements have reshuffled in the aftermath of the recession and Occupy’s demise, which has resulted in a broad turn toward electoralism at the expense of building a mass movement. The Democratic Socialists of America (DSA), for example, made the decision in late 2014 to make the election of Bernie Sanders its number one priority. After the election of Donald Trump in 2016, thousands of devastated Americans joined the DSA. Yet rather than critiquing the political corruption that the Occupy movement rightly denounced, the organization conformed to grow under the banner of “socialism” while becoming increasingly integrated into bourgeois politics. Though class inequity is even more stark than it was before Occupy, a great deal of class anger has been effectively funneled into electoralism, and the spirit of mass movement has dissipated.

A Mass Movement Rooted in Principles and Strategy

The Occupy movement, with its successes and failures, undoubtedly played a massive role in shifting popular ideology toward the Left in an era of failing neoliberalism. It connected the dots between corporate and political power, bringing broad sectors of the working class into a limited but genuine dialogue about class and the undemocratic nature of bourgeois politics, stoking class anger towards the capitalists. It politicized huge numbers of previously apolitical individuals, brought societal ills caused by capitalism into the open, and created assemblies to discuss issues. It inspired movements all over the world.

We owe a great deal to the Occupy movement. But we cannot let the disappointment of the last ten years allow us to draw tepid conclusions. While “taxing the rich” is indeed a comparatively progressive demand in a deeply entrenched plutocracy, the current proposal being put forward by the Democrats does nothing but set the tax code back to the 2017 Obama era — the exact issue Occupy was rallying against. But we should tax the rich to fund public schools, institute free public healthcare, build extensive public transport, and much more.

But even that is not enough. Research and material reality confirm what we already intrinsically know: capitalism is unable to solve — in fact, exacerbates — the most pressing problems of humanity. And as Occupy recognized, the political system that upholds capitalism is an unlikely place to flip those dynamics, however good the intentions of the officials in power. As Thomas Hussey writes in his interview with Thomas Picketty, author of Capital in the Twenty-First Century, “…it is hard, almost impossible, to imagine that the cure … – tax and more tax – will ever be implemented in a world where, from Beijing to Moscow to Washington, money, and those who have more of it than anyone else, still calls the shots.” We don’t just want to tax the rich — we want to expropriate them.

Now, we have to channel the energy into a new mass movement rooted in class independence, self-organization, and revolutionary demands. As Occupy showed us, a movement without clear principles and strategy is bound to fizzle out or be pulled into the capitalist fold. The capitalist parties offer us no solutions to the endemic problems which they’re invested in perpetuating.

Yet Occupy also taught us that we are powerful in great numbers. As the wheels that keep the system running, we can’t forget that we have the power to screech it to a halt. As David Harvey wrote in his 2011 response to Occupy, “… we, the people, have no option but to struggle for the collective right to decide how that system shall be reconstructed and in what image.” 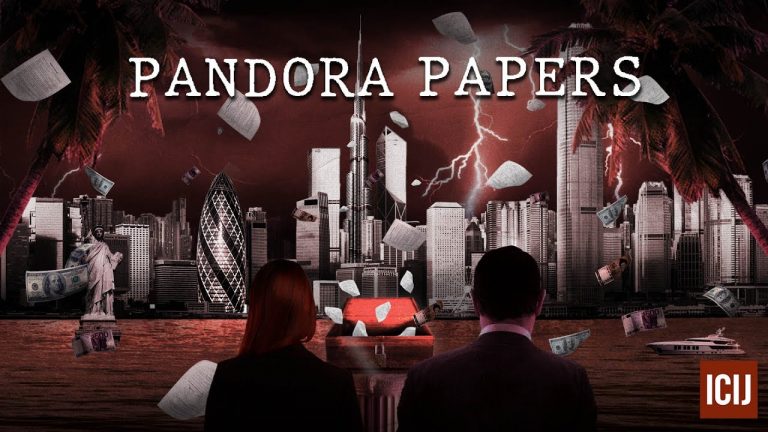 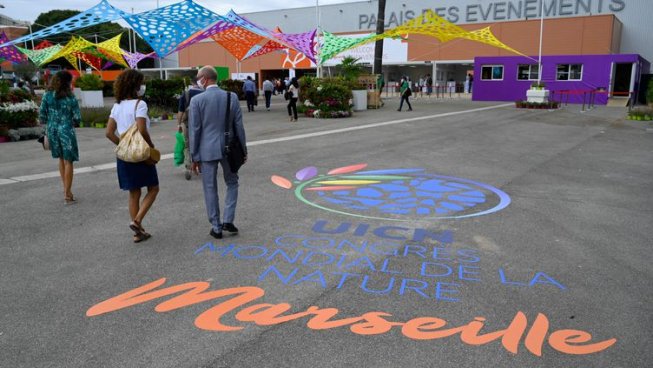 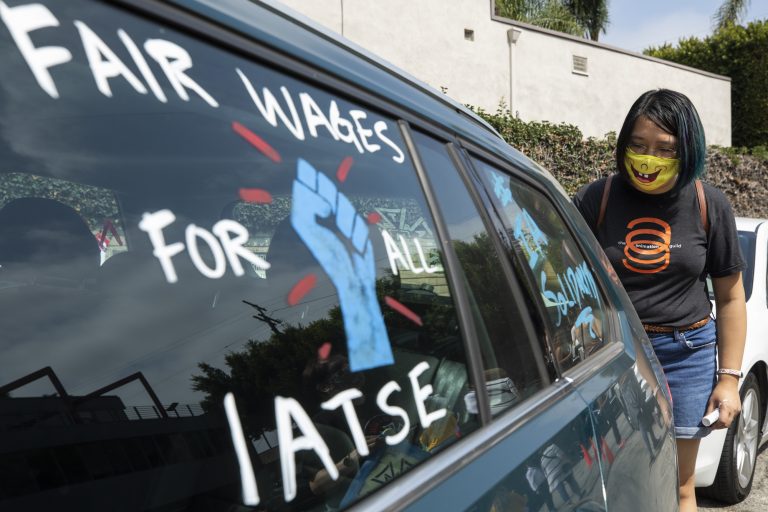 In a Nearly Unanimous Vote, IATSE Members in TV and Film Production Authorize a Strike 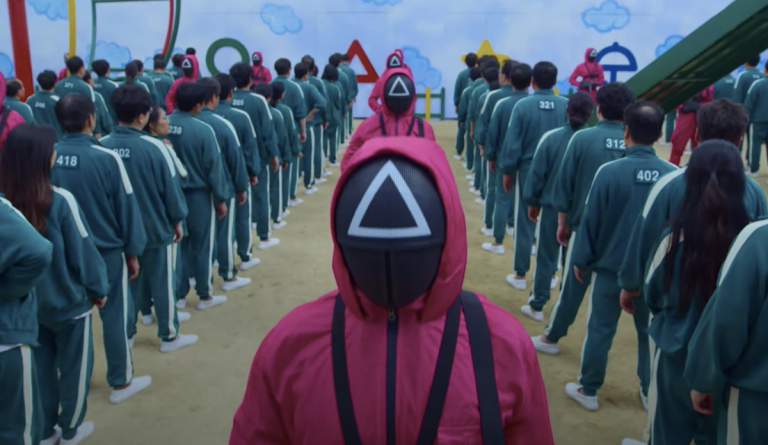 “Squid Game” Is an Allegory for Capitalist Society