Broadway Is Closed: What Does That Mean For Gig Workers?

Left Voice spoke to Chandler Black, a building manager for a NYC theatre, about the impact that the closing of Broadway (and Off-Broadway) theaters has had on gig economy workers. 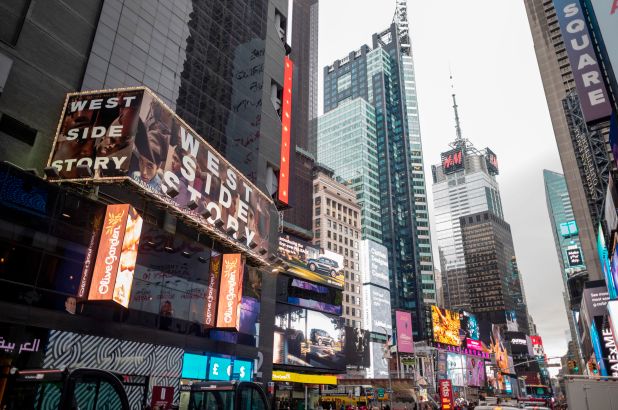 As a result of the coronavirus, on Thursday Governor Cuomo announced that Broadway would be closed. The result was instantly felt by the gig workers who rely on Broadway for their livelihood. Many were fired right away. Left Voice spoke to a theatre worker to give us some perspective on what this all means for the gig workers of Broadway.

What does the closing of Broadway and Off-Broadway Theatres Mean for the Workers?

“It’s a smart move, closing Broadway. You have a pandemic here, it is contagious, it is an issue, it will continue, it will cause huge, huge catastrophic effects for the economy. But that’s not the problem. The problem is you have an entire industry based around producers. The producers will be fine. But the crew? The crew won’t. They won’t get sick leave. The producers don’t care about that. I mean, it’s bad. It’s really bad.

My crew is non-union. [The Show] is non-union. They’re not paid union minimums to begin with. I don’t think the producers will continue to pay for this month for them. I don’t know exactly how that’s gonna pan out, I don’t know if they’re gonna get some sort of stipend, I don’t think that they will. Most of the people I know in theatre do freelance work. That’s a huge part of New York theatre business. If you’re a tech person, you get freelance work on the reg. It’s very prevalent, you get it all the time, but now there’s no theatre, that’s literally impossible. They’re fucked. I have no idea how these guys are gonna pay their rent. One of the crew guys said, ‘I guess I’m living off of beans and beer for the rest of the month.’ I mean, what else are they supposed to do? They have no other options. They either have to file for unemployment, or start the revolution, or be homeless. You can’t make money if there’s no show. If there’s no crew to hire you, what’re you supposed to do?

My boss said something. She was really worried that 9/11 would be the end of theatre. People weren’t coming to New York, there was a huge stop in tourism, and Broadway runs on tourism. But it didn’t. It persevered, it came back, it did fine, but the problem is that Broadway didn’t really close. It closed, what, two days for 9/11? This is closed for a month. If you close for two days, cool, my crew gets 2 days off. But a month? With the rent prices as they already are? Their paychecks are gone, there’s no way they can afford that. Every theatre practitioner I know works paycheck to paycheck. Unless you’re [a celebrity] or something, you work paycheck to paycheck. I feel like a lot of people don’t understand that. I mean, I work paycheck to paycheck and I’m fucking salaried.

A lot of theatre workers are [on] 1099s. It’s not like getting laid off at the office and filing for unemployment. [The unemployment benefit requirements are] very specific, and our work is so different. It’s not fair. [The] producers are gonna be fine. They’ll be fine.

I mean, like, you know, what else is there to say but that theatre people are pretty much fucked? I mean, they’re non-union. A lot of these guys are non-union. In fact, I don’t think I know any tech guys who are union. You get a lot more jobs if you’re freelance non-union. Some of them are cheaper and they don’t pay as much, but if you accumulate enough, you’re fine. They work show to show, paycheck to paycheck, load-in to load-in. I mean, what are they supposed to do? For a month? That’s an insane amount of time.

And honestly, I don’t know if it will be resolved by April. Or if the loss of money…it’s a lot. I don’t wanna jump the gun, but EVERYTHING’s supposed to go down. We might get to the point where we’re forced to a revolution. ”

Interview edited for length and clarity

Have a story on the COVID-19 crisis that addresses the struggles of the working class and oppressed? Send us your stories, your experiences, and your anger at [email protected]