A tenant in Brooklyn, New York shares the story of how the property manager of her building drilled into her apartment door to change the locks and illegally evict her. In the middle of an economic crisis that has left millions of renters vulnerable to eviction and harassment from landlords, we must demand the complete cancellation of rent. 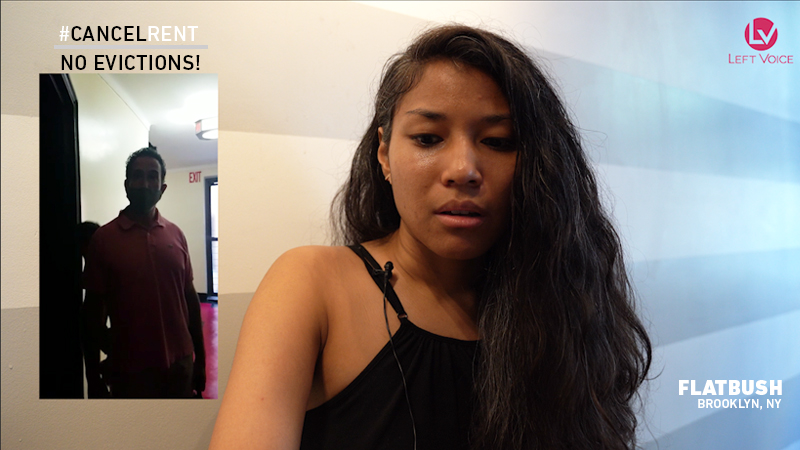 Ginger Ging-Dwan Boyd, a tenant living in Flatbush, Brooklyn, was given no notice that she was being evicted from her apartment before she heard the sound of someone breaking into her apartment. She was terrified to find the property manger of her building, Michael Weiss, drilling into the lock of her apartment in order to break in and change the locks. When confronted, he accused Ginger of squatting and told her that she was no longer allowed to live in the unit. He then proceeded to change the locks under the orders of the owner Eric Miller and Weiss insisted on keeping a key to the apartment. The cops from the 70 Precinct who came to the scene of the illegal eviction took Weiss’s side, accusing Ginger of changing the locks herself and allowing Weiss to keep the key in order to come back to harass Ginger later.

With millions of people unable to pay rent in the middle of an economic crisis or otherwise vulnerable to eviction, illegal evictions and harassment by landlords are on the rise. Ginger’s story is one more example of the urgent need to fight to cancel rent once and for all and to abolish the police who protect private property at the expense of tenants across the country.