California Blackouts: When Capitalism Can’t Even Keep the Lights On

The latest round of power outages in California has left over 2 million people without access to electricity. Like other utility companies, PG&E has shown that private ownership of essential services is dangerous and inefficient. With extreme weather conditions becoming more commonplace, we need public ownership of the energy industry now! 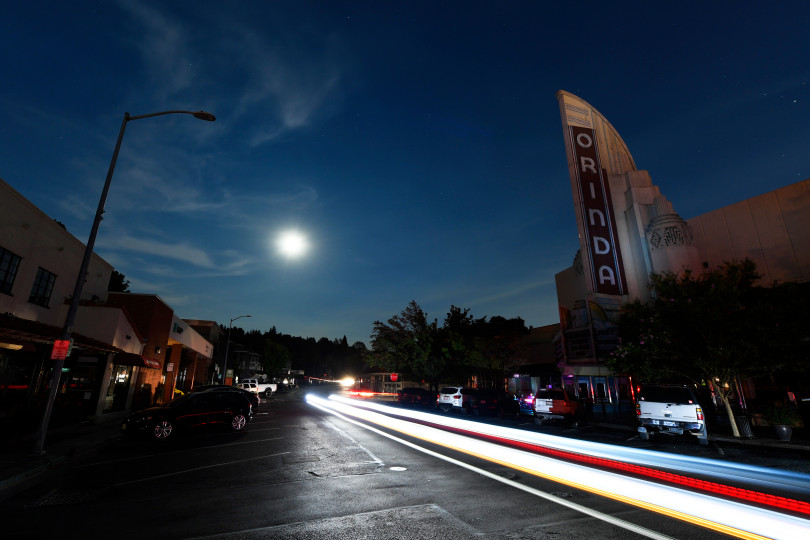 As of Thursday morning, about 800,000 Californians were without electricity after Pacific Gas & Electricity (PG&E) shut off power supplies across North and Central California. Forecasts this week predicted strong, dry winds that are prone to start wildfires. PG&E, who’ve been found responsible for dozens of these fires in recent years—including the devastating Camp Fire that raged across Paradise, California last November, killing 86 people and razing over 150,000 acres—preemptively shut down power in over 30 of the state’s 58 counties with the hope of preventing their equipment and power lines from sparking blazes in the dry vegetation. Although the winds are supposed to die down in a day or two, it could take PG&E over a week to restore electrical service, since the lines have to be inspected before they’re turned back on.

PG&E, the biggest energy utility company in the U.S., has long had a tempestuous relationship with Californians. The company has preventatively turned off power in the past, but it has been on a much smaller scale. This current outage, which is set to affect over 2 million people across the state, is the largest in recent memory, and has drawn much ire and criticism from residents. Although PG&E’s decision to cut service has been defended as an example of industry-wide best practices, made in the interest of public safety, they are, in reality, just more instances of the profit-hawking nature of capital interests at the cost of people’s lives.

Capitalists Only Care about Profits

California is seen as the hub of innovation, but the state’s power grid is severely outdated. These outages have become increasingly necessary as PG&E can’t guarantee the safety of its electric transmission system which relies on exposed lines on wooden poles for thousands of miles. According to a report by the Wall Street Journal, PG&E knew for years that its aging power lines are dangerous and can trigger fires, but refused to do necessary improvements to mitigate those problems. The company had, for example, delayed a number of upgrades to the Caribou-Palermo line that started the Camp Fire last year.

Travis Kavulla, the former president of the National Association of Regulatory Utility Commissioners, explained to Vox how PG&E sells electricity as a product at a regulated price. He stated,

“When that price is not worth the wildfire risk associated with providing service, or when the price does not support the investment necessary to make the service safe, it makes complete sense that they would flip the ‘off’ switch to particular sets of consumers.”

In other words, For PG&E, which has an effective monopoly on electrical service in the region, profits come before customers and the environment. Though the company boasts of spending $140 million to $294 million annually on transmission line-related work, they’ve also paid out $4.5 billion in dividends that have significantly compromised their maintenance budgets. Earlier in the year, PG&E filed for bankruptcy after facing $50 billion in liabilities, mostly stemming from lawsuits in the aftermath of the Camp Fire. By doing so, PG&E could freeze their debts and keep offering their service like normal. This, while they reorganized under a bankruptcy court that would prioritize paying out investors and creditors over the victims–tens of thousands of whom were displaced–or the consumers, who are obliged to pay their monthly bills to the company. Instead, utility companies spent millions of dollars in lobbying that allowed them to get out of paying for the 2017 wildfires, passing the cost on to their consumers instead.

Similarly now, whether through loss in wages or through increase in expenses, the cost of such a large scale power outage is set to be borne by consumers, with the worst of it being borne by the working class and the disabled. For families living paycheck to paycheck, this means the food they can barely afford to fill their refrigerators will spoil that much more quickly, along with the added costs of batteries to last them through the blackout. It’s even worse for those with disabilities or who rely on dialysis and home oxygen machines, or use electric wheelchairs and other medical devices, whose very lives depend on stable electrical service. With schools closed, parents now have to find and pay for child care they hadn’t accounted for, or bring their kids to work. Although the harvest season is currently in full swing, this outage has severely affected processing plants that are now working at severely reduced capacity. This leads to lost wages for those employees who aren’t able to work. Workers across other industries, too, face a similar reality of lost wages for no fault of their own.

Climate Change Necessitates Radical Solutions That Work for All

We’re currently living in a new normal and extreme weather conditions are only set to become more commonplace. The state of California has seen damaging fires over the last two years and these are only set to grow. According to the journal Earth’s Future,

“Since the early 1970s, California’s annual wildfire extent increased fivefold, punctuated by extremely large and destructive wildfires in 2017 and 2018. This trend was mainly due to an eightfold increase in summertime forest‐fire area and was very likely driven by drying of fuels promoted by human‐induced warming.”

Mid- to late-fall rains no longer mark the beginning of winter, but are seen as a respite from the dry season and the inevitability of wildfires. In these circumstances, turning off power supplies preemptively and leaving large swaths of the population in darkness is hardly a sufficient response. As with ConEd in New York earlier in the summer and with PG&E now, it is painfully evident how incapable the capitalist class is with dealing with such a crisis. We are living in radical times and we need radical changes that will put the lives of people over the need to turn a profit.

There has never been a more dire need to address our energy crisis than now. Earlier this summer, over 50,000 New Yorkers were without electricity in the middle of a heat wave because ConEd couldn’t meet the city’s needs. They, furthermore, deliberately cut off power for 33,000 customers, largely in low-income neighborhoods in Brooklyn and Queens, in order to meet the energy needs of the rest of the city. The impunity enjoyed by energy companies like PG&E and ConEd has to come to an end. The only way to meet the energy needs of people sustainably requires taking public ownership of these companies immediately and putting them under worker control.

Under the current system, energy companies that owe their profits to the fossil fuel industry have little to no incentive to pay heed to the climate crisis. Not only are these companies, therefore, unable to adequately address their current failures, but are also incapable of adapting for future needs on a rapidly deteriorating planet. Nationalising the energy industry immediately eliminates the profit question. Money that is otherwise spent on lobbying government officials can instead be used to fund and research sustainable energy practices. While C-suite executives debate on how to maximize their year end dividends by exploiting workers and consumers, making energy a public utility under worker control creates space for those who actually do and know the work to plan, regulate and innovate to address the current needs of the people.

There has been a promising resurgence of the call for nationalisation of energy. In California, protestors have been demanding the nationalisation of PG&E after they filed for Chapter 11 bankruptcy. In Chicago, the city council introduced an order to study the possibility of municipalization of ComEd in July. This was shortly after Mayor Bill de Blasio threatened to municipalize New York’s power grid. Bernie Sanders has called for the nationalization of the energy system under his Green New Deal.

While encouraging, calls for nationalisation of these companies mean little unless they’re placed under worker control. Instead of a new government bureaucracy run by politicians whose campaign coffers are filled with the money of corporate interests, we need an energy sector that is run democratically by workers from the industry who know how to manage our rapidly evolving energy needs.

Energy companies have for long spearheaded the destruction of this planet in their quest to extract more profits. By calling for a nationalisation under worker control and aligning with our natural allies, we put forward our best chance to fight this energy and climate crisis.