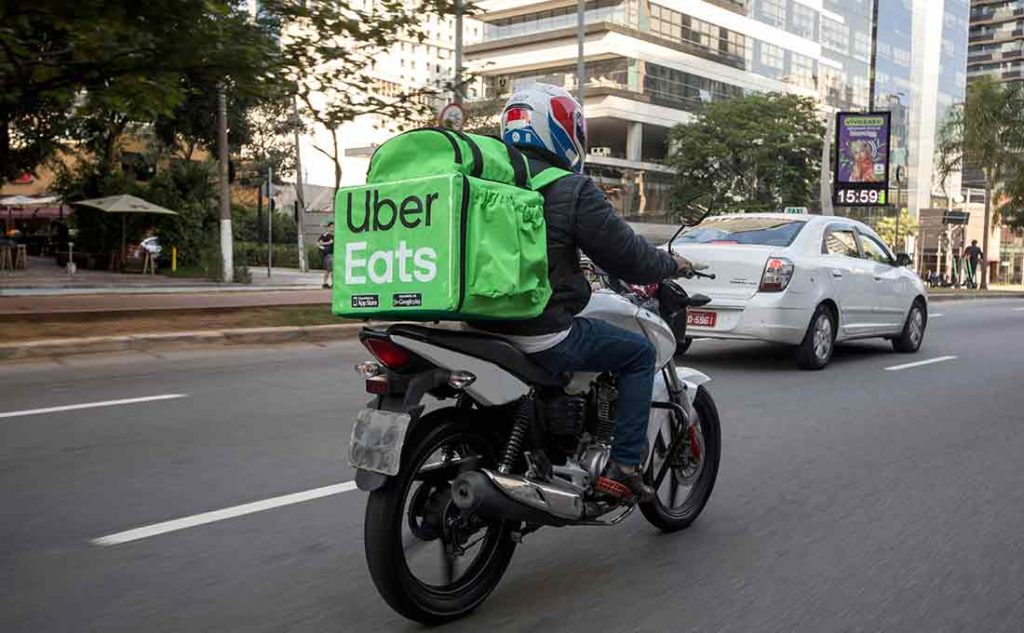 The initiative for a walk-out began when Brazilian delivery workers, who find work through a multitude of delivery apps, put forward a national day of action set for July 1, 2020. Esquerda Diário, the sister site of Left Voice in Brazil, supports the movement and organized a meeting with the goal of extending the planned July 1 walk-out into an international affair.

Besides the Brazilians in attendance at this meeting — many of whom are members of the groups Entregadores Antifascistas and Treta no Trampo — there were also Argentinians, Chileans, Costa Ricans, Mexicans, Ecuadorians, and Guatemalans. These workers proposed a commitment from each nation to organize action on July 1, to internationalionalize the walk-out, and to build support among other working-class sectors.

Workers discussed the importance of solidarity across borders and in unifying with delivery workers undergoing struggle in every corner of the world, such as workers who are fighting back against companies like Rappi, iFood, and UberEats. These delivery app companies have circumvented labor laws and endangers workers to the most dangerous and precarious working conditions.

At the meeting, workers expressed their anger over the daily exposure to the virus and the refusal of their employers to take responsibility for their safety. Moreover, many delivery workers have already died from COVID-19. Mexican delivery workers insisted on the need to pay homage to their fallen fellow workers, proposing to hang bags and white helmets in their honor and they will keep demanding justice — a proposal supported by everyone present at the meeting.

Employers in the delivery industry have continually failed to provide basic equipment for the protection of their workers; such as face masks, hand sanitizer, and latex gloves. This lack of care affects every “essential worker,” including frontline healthcare workers that represent a large share of those infected by COVID-19 but still cannot get tested. For the owners of these companies, the lives of their workers are worth nothing. That’s why the delivery workers place great importance on the slogan:

“If they mess with one of us, they are messing with all of us.”

The Brazilian workers called for unity of the working class and for the broadest support of the international strike. They also linked the delivery workers’ struggle to the necessity of fighting Jair Bolsonaro, president of Brazil, and his program. Besides attacking the working class, Bolsonaro and his pro-business allies are looting the country’s natural resources; attacking Black and Indigenous people and allowing the police to massacre the poor.

In order to strengthen their message, the body proposed to issue a global declaration in three languages — English, Portuguese, and Spanish — so that this message could reach as many countries as possible and make July 1 a true “International Delivery Workers’ Walk-Out.”

Given the circumstances of the current international health crisis, the deep economic crisis, and the constant repression of the police state; we are now witnessing tens of thousands of the world’s youth taking to the streets. These youths march under the banner of Black Lives Matter and express their anger and frustration at the racism, xenophobia, and repression that they are forced to endure.

This July 1 it is imperative that we march on the streets by the thousands to show our support of delivery workers. It is essential for each and every sector of the working class to show solidarity. We, from Left Voice and the International Network La Izquierda Diário, are promoting active solidarity. We strive to make July 1 a milestone in the struggle for delivery workers’ rights and against precarious labor. All of us must put forth our strongest effort into making this date a powerful day of struggle in Brazil and the rest of the world.