In recent years, the Chinese government has ramped up repression against union activists and students organizing in universities. The last episode has been the arrest in May of this year of 29 activists demanding the right to form a union at the Jasic Technology factory in Shenzhen. 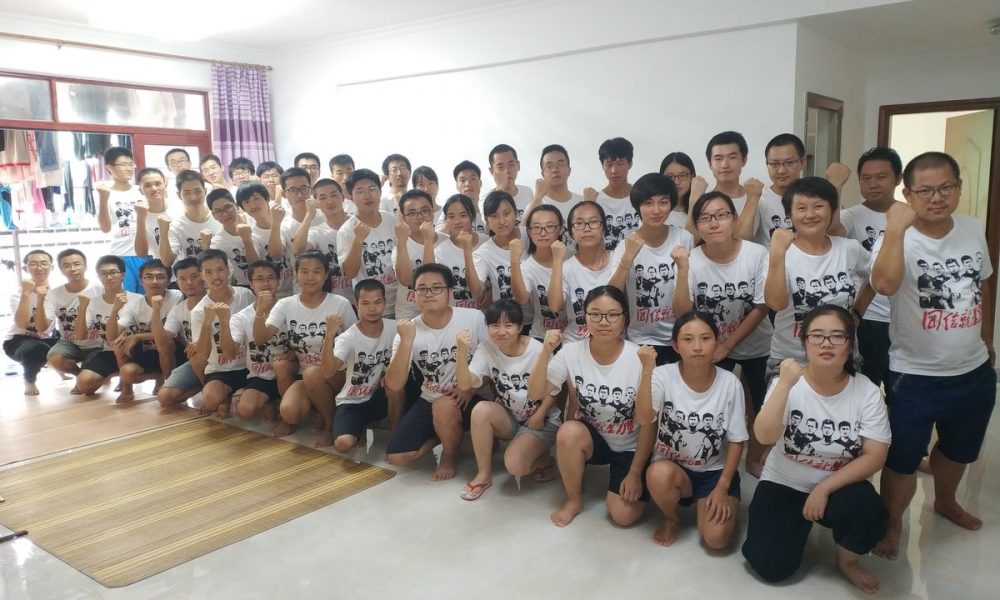 We reproduce below the text of a petition that demands their immediate release. You can sign the petition here. Left Voice stands in solidarity with students and workers in China fighting for their right to organize in unions and to express freely their political opinions.

Demand the Release of Kidnapped Students and Workers in China

In May of 2018, workers at the welding-equipment manufacturer Shenzhen Jasic Technology initiated the process of forming a union, including requesting and receiving permission from upper-level unions affiliated with the All-China Federation of Trade Unions. However, in July the company sacked the workers, and the police physically assaulted the workers, took some of them into custody.

On July 27th, the government arrested 29 Jasic workers and supporters, accusing them of “picking quarrels and provoking trouble,” a criminal charge often used by the government to suppress protests. In response, workers and students formed a support group and published open letters on social media to demand the release of all the detainees and respect the workers’ right to unionize. Since then, university students and worker supporters travelled to Guangdong to back the workers by protesting outside the police station where the workers were detained, and staged demonstrations to draw social attention.

On August 24, riot police with full gear and shields raided into the apartment where members of the support group were staying and taken away over 50 students and workers in Huizhou. On the same day, two workers representatives of support group and two activists have been supporting the Jasic workers were arrested in Beijing.

On November 9th and 11th , the police carried out another mass arrest of Jasic support group and labour activists: Guangdong police forcibly disappeared 12 student activists and workers in Beijing, Shanghai, Guangzhou, Shenzhen, and Wuhan. Five of the disappeared are graduates from Peking University, Zhang Shengye, a recent graduate and a member of Jasic support group, were even beaten up and forced into a car on the campus of Peking University. A labor activist and three workers were taken away in GZ. Two founders of Qing Ying Dreamworks, a registered social worker center based in Shenzhen, were also forcibly disappeared.

This is the most severe repression against workers and students in China in the past decades.

4 workers have been charged with criminal offence awaiting trial since July;
5 student activists, currently in detention and house arrest, are not allowed to have lawyers present during interrogations since August;

We call on the authorities to release all the detained and disappeared immediately and unconditionally;
We call on them to ensure that they are free from any torture while in custody, and have regular access to their family and a lawyer of their choice;
We call for an end to physical assault, threats, and forcible disappearance of all workers and student activists.