Can the Federal Reserve and the ECB prevent the credit crisis? 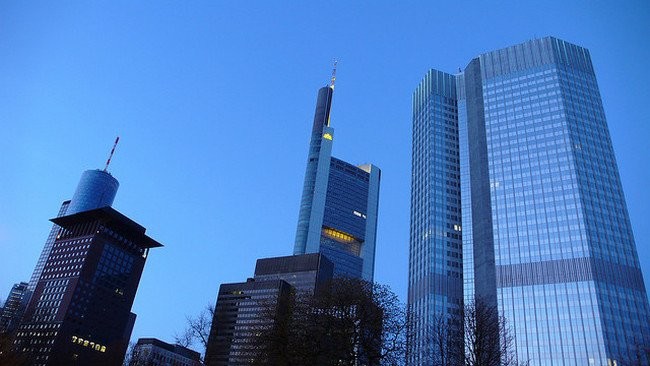 In spite of the phenomenal injection of cash by the European Central Bank [ECB] and the Federal Reserve [the Fed] (which two days earlier
paradoxically said it was not going to intervene in the markets,
leaving interest rates fixed), it is important to bear in mind that we
are facing, not merely a crisis of liquidity, but a crisis of
insolvency, that is, of investors who cannot pay their debts (which
obviously makes liquidity worse). That is, it is more serious than the
LTCM crisis in 1998, which was solved by an injection of cash from the
Fed and a fall of 75 points in interest rates. The crisis now has to
do with investors that excessively took on debt in the last upward
phase of the boom. Now there are hundreds of thousands of people who
got sub-prime credit that they cannot repay. And, as is being shown
daily, the same thing is the case in other segments of the credit
market, like those near prime rate, Alt-A, or the hybrid primes, ARMs.
Almost half of the mortgages issued in 2005 and 2006 have the same
feature as sub-prime mortgages: zero verification of income and
savings, payment of interest only, etc. Perhaps hundreds of thousands,
some calculate a million, are in the same fix.

There are also many mortgage companies that are insolvent, I repeat,
not only in the sub-prime sector, as shown by the AHM ban kruptcy,
strong in the prime and near-prime segment. The same thing is starting
to happen in the construction companies, as is obvious in the smallest
firms.

Insolvency is also growing in numerous hedge funds and other funds,
like those of Bear Stearns in the US, and in other countries like
Australia, Germany, France, etc. And now there is a break in the
corporate debt market, which, in the present context, could evolve
into something more serious. Corporate ban kruptcies, which were below
their historical average in recent years, in part because of high
profits, but fundamentally because exceptional conditions for credit
allowed them to avoid ban kruptcies and restructuring, may increase in
the context of the crisis of liquidity and insolvency that is
developing in the world credit market.

If this is the diagnosis, the injection of cash, like the IMF loans
during the government of De la Rúa1 to pay the foreign debt of
Argentina, can only gain time and postpone the default. But faced with
the crisis of insolvency, this is inevitable. The only difference with
the example we gave is that we are not talking about a semicolonial
country like Argentina, but about big [financial] actors in the US and
globally. The probability of a hard landing (“caída abrupta”) in the
US has greatly increased. We are only at the beginning of what could
be a severe financial crisis internationally.