Can the Green Party Be a Vehicle For Socialists? A European Perspective

Howie Hawkins, the presidential candidate of the Green Party, is presenting himself as an alternative to the two parties of the capitalists. But can the Greens help build the socialist movement? A look at the Green Parties of Europe says: no. 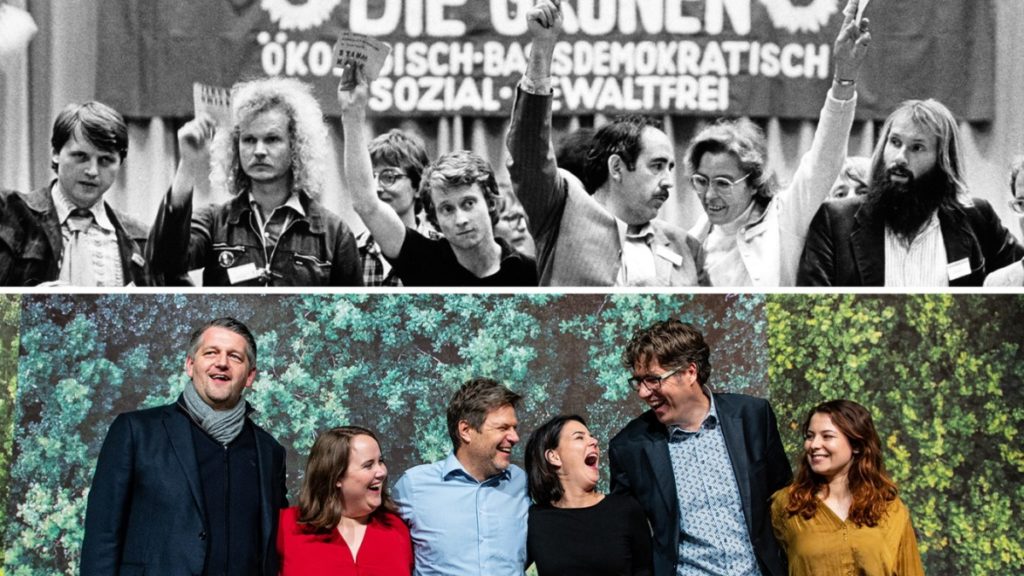 The Greens (in Germany): from a protest party to a bourgeois party

In November, the “greatest democracy in the world” is presenting voters with an unappealing choice: do they want a candidate with a long history of racist policies and misogynistic behavior, or do they want Donald Trump? Many people feel pressure to vote for the “lesser evil,” while others are looking for an alternative. One such alternative is Howie Hawkins, the presidential candidate of the Green Party, who identifies as a socialist.

On Tuesday, Ezra Brain presented a socialist case against the Green Party. But a number of socialists who support Howie Hawkins will answer: the Green Party U.S. might not be a particularly appealing party right now, but it could nonetheless be the starting point for a mass break with the two-party system and the construction of a new workers’ party. A number of socialist organizations, including Socialist Alternative of Seattle city council member Kshama Sawant, have endorsed Hawkins with this argument: “Socialists should use Hawkins’ campaign as an opportunity to rally those who see the need for a new political force on the left in the U.S. “

But the Green Party is not a phenomenon confined to the United States. According to one count, Green Parties exist in 90 countries worldwide. Has this strategic hypothesis worked anywhere? Have any of these parties helped socialists increase their influence?

The first political parties based on an environmentalist platform emerged in the 1970s in different countries — and the first electoral list with “Green” in its name appeared in Germany at the end of that decade. Die Grünen (The Greens) were founded as a political party in 1980. Their goal was to form a parliamentary representation of the powerful social movements that were active in Germany at the time: against nuclear power, against militarism and NATO, and against environmental destruction. To avoid the corruption endemic in mainstream parties, the Greens had two co-chairpeople and their members of parliament were only allowed to serve a single term. The Greens drew into their ranks  feminists, peace activists, anarchist squatters, queer activists, environmentalists, and also plenty of socialists.

Less well-known is that the Greens were a product of the collapse of the revolutionary Left in Germany. Tens of thousands of young people had joined anticapitalist groups starting in 1968, with Maoist groups being particularly popular. Yet after Mao’s death in 1976, these groups were in a terminal crisis. Many of them joined the Greens as a kind of “Hail Mary pass,” bringing disciplined cadres and lots of money into the new party. In fact, the concentration of Maoists in the new Green Party in West Berlin was so high that many people considered it a mere rebranding of a local Maoist sect, the KPD/AO. Within just a few short years, the Greens brought former anarchists like Joschka Fischer and former Maoists like Jürgen Trittin into ministerial posts.

The Halls of Power

The German Greens joined the national government in 1998, a “red-green” coalition under the social democratic chancellor Gerhard Schröder. One might think this government would have represented a “lesser evil” compared to the previous conservative government of Helmut Kohl, who had been in power for 16 years.

Yet by any standard, “red-green” represented the worst government for working people in the entire history of the Federal Republic of Germany. With their “Agenda 2010,” Schröder and Fischer imposed savage cuts on benefits for unemployed people, forcing them to take any job and thus making Germany a haven for low-wage and precarious employment. They supported the NATO war against Serbia in 1999, which was the first German war of aggression since 1945 — an act specifically prohibited by the constitution. And in 2001, they agreed to keep nuclear power — it was only the following conservative government of Angela Merkel that decided to shut the reactors down.

In other words, the Green Party had been founded less than two decades earlier to fight for social justice, peace, and ecology — but once it reached the federal government, its program was the exact opposite.

Now, a further two decades later, Die Grünen are a regular bourgeois party. They are in numerous state governments, including coalitions with the conservatives. In Berlin, they are currently attempting to privatize public transport. In Baden-Württemberg, they are calling for public bailouts for Germany’s climate-killing automobile industry. At a national level, they signed off on lignite coal mining — the most carbon-intensive form of energy by far — until 2038. Crucially, they are not fighting for the kind of emergency measures needed to fight the climate catastrophe.

How was this possible? It would be tempting to ban a handful of “traitors” like Fischer. But the fact is that the Green Party did not suffer much of a turnover as it integrated itself into the bourgeois regime — most members made the transition from anarchist squats to the halls of power. The reason for this is that Die Grünen, even when they spoke about socialism, never had a strategy to beat capitalism. They were never a party of workers fighting for emancipation. Instead, it was a party of middle-class activists willing to settle for reforms. Many former revolutionaries have now become highly paid government bureaucrats. Studies show that the Greens are in second place when it comes to the voters in Germany with the highest incomes.

Germany is probably the country where the Greens have been most successful. Yet this same development took place in at least half a dozen other countries: green parties have joined capitalist governments in Finland, Belgium, France, Ireland, Sweden, and the Netherlands. In Austria, the Greens joined the right-wing government of Sebastian Kurz at the beginning of this year. They are junior partner’s to the conservative Austrian People’s Party, with a Green vice-chancellor and three more Green ministers. The Kurz government has a strong xenophobic profile, and is currently refusing to admit even a single refugee from the Moria camp on the Greek island of Lesbos.

In the United States, the Green Party of  the United States has not yet gotten anywhere near government power. This is partly due to the absurdly undemocratic voting laws in the U.S. — and socialists should, by all means, support the democratic rights of the Greens and anyone else to get on the ballot. Yet this is not the same as giving them political support. If the U.S. Greens ever managed to get anywhere near positions of power in the imperialist state, they would behave no differently than their German or Austrian counterparts. This is not because of some moral failing — it is because they are a multi-class party with no perspective of overthrowing capitalism. If they ever win enough votes in elections, their only option will be  to try to administer the capitalist state. They will not end up making capitalism “greener” — instead, they will at best do little more than provide a “green” cover to a deeply destructive system.

The idea that socialists could increase their influence via the Green Party is an illusion, as shown by dozens of attempts around the world. The Green Party is not an instrument that socialists can pull to the left — quite the opposite, it is an instrument that pulls socialists to the right. This led to a whole generation of socialists in Germany being swallowed up by bourgeois politics. We have seen how for a number of U.S. socialists, including many former members of the ISO, supporting Ralph Nader and then Jill Stein was a precursor to supporting Sanders and then Biden.

The Green Party does not represent a step, even a small step, towards a workers’ party. For that, we need to fight consistently for the political independence of the working class from all wings of the bourgeoisie — be they conservative, liberal, or green.