The Biden administration has confirmed there will be no extension on the student loan moratorium, with repayments set to restart February 1, 2022. The working class should fight not just for extension of the moratorium, but what has always been needed: education as a right that is not commodified. We need a movement to demand the elimination of student debt altogether, along with free public college and university education for all who want it. 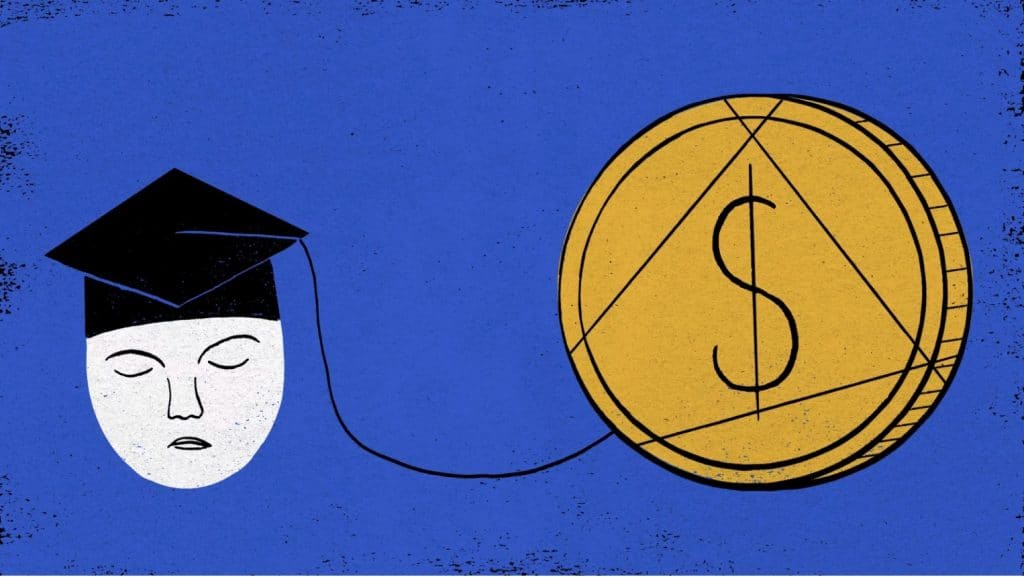 Student loans: many of us have them, all of us hate them. Over the past several decades, the student loan bubble has only continued to increase, now totaling around $1.7 trillion according to Federal Reserve estimates. There have been growing calls for the Biden administration to extend the moratorium on student loan repayments that has been in place since the beginning of the pandemic. Nevertheless, repayments are set to restart on February 1, 2022, at a time when over 3.3 million people in the U.S. have fallen into poverty during the pandemic; Covid-19 continues to spread throughout the US; and the Omicron variant threatens to bring a wave of new cases peaking as early as January, according to CDC estimates. The working class in the U.S. is facing skyrocketing inflation without an increase in wages, making it ever-harder to make ends meet. Loan repayments are set to restart under a Biden administration that repeatedly promised it would “do something” to alleviate the burden student loan debt places on some 45 million working-class Americans. Biden campaigned on this promise, and many votes were cast for the man specifically for this reason, but now, after doing absolutely nothing to alleviate student loan debt, the administration has confirmed it will not extend student loan relief and allow repayments to begin again in February. Not only must the Biden administration extend the student loan moratorium for every single individual with student loans—many of whom worked and quite literally put their lives on the line during a pandemic—but student loan debt must be eliminated all together. We must fight for an education system in which public colleges and universities are free for all.

As a healthcare worker, I have hundreds of thousands of dollars of student loans tied to my education, an education for which there was no other option but to pay to enter the field. Society needs medical professionals, but for most, the only way to become a medical professional is through incurring more debt than you could ever possibly repay. This debt follows healthcare workers like myself, constricts our decisions regarding our workplaces and lives, and makes us more likely to continue accepting exploitative working conditions that threaten worker and patient health. Healthcare workers put their lives on the line throughout the pandemic. Education workers, food service industry workers, and the working class as a whole all risked their lives to keep society running during a pandemic caused by and exacerbated by capitalist forms of production. Yet now, the Biden administration is “rewarding” those workers with the restarting of student loan payments?

This is the man who claimed again and again he would help get rid of student loan debt, but it’s clear he does not care about addressing the debt crisis, and he never has. With his close and longstanding ties to credit companies and banks, Biden was instrumental in passing the 2005 Bankruptcy Abuse Prevention and Consumer Protection Act, legislation that “weakened borrower protections and made bankruptcy more difficult for regular borrowers, strengthening the hand of the student loan and credit card industries and helping cause a wave of home foreclosures.” This law specifically made both federal and private student loans nondischargeable in bankruptcy.

And the problem did not start with Biden, under the current system; education should never have been commodified in the first place. Under this system, which Biden only further empowered, the unfair burden of paying for the education necessary for reproducing life under capitalism is placed on working people, rather than on the wealth of society, which is hoarded by a few. Student loans serve as both a social control–-keeping people working exploitative jobs and enduring dangerous workplace conditions in order to continue paying their loans—and a source of capital accumulation.

We have seen an explosion in student debt that began earlier this century and has served to be highly profitable, while also serving as a tool of control. A great portion of this debt is held by people of color and first generation college students and graduates, who often owe more than others and are often the least able to pay it. The specific racialized and gendered disparities in loan outcomes shows the inherent violence in the system itself. Today, the working class is increasingly unable to meet their outrageous student debt obligations. Roughly 1 million borrowers default every year, and perhaps as many as an astonishing 40% of borrowers will default by 2023. Because this debt regime is essentially coercive, the consequences for default are severe: lenders can garnish wages, withhold tax refunds, destroy debtors’ credit, and put their Social Security benefits at risk.

With Biden’s history of helping to build this system, it should be no surprise, even during a pandemic while millions in the U.S. struggle to survive, that Biden is allowing lenders to resume the Goodfellas “fuck you, pay me” approach by restarting student loan repayments and penalties for missed payments. In reality, the Biden administration—or any Democratic administration for that matter— was always certain to go back on these promises. It is what comes of putting faith in a party beholden to bourgeois interests—even one that makes flowery promises. In reality, the only people who can be counted on to present meaningful solutions are the working people whose lives are burdened by this debt, through their own methods as the working class. Capitalists have an interest in keeping their workers in an endless cycle of debt that obligates them to keep showing up at work. And the federal government has been pushing hard to make sure workers who have experienced the first brief respite in their working lives from the burden of repaying student loan debt—who may have come to suspect that society can go on without these payments—are prepared to start shelling out again. The Office of Federal Student Aid, for example, recently published and dispersed a document titled “6 Ways to Prepare for Student Loan Repayment to Begin Again.”

But really, the idea that anyone needs to be paying or should be paying their student loans is ludicrous, even without today’s compounding factors (the pandemic, increasing inflation, increasing economic precarity, etc.). State governments and the federal government constantly give tax breaks to large corporations and billionaires, continually decreasing the money they’d collect for infrastructure projects, public education, and any number of other projects that would benefit the masses of working people. But somehow we can’t get rid of student loans or make higher education free for all who wish to attend? Congress just passed the largest military spending bill since World War II, an astounding $778 billion dollars, $25 billion more than Biden requested. The U.S. spends more on the military than the next 11 countries combined. But these same politicians have the nerve to demand that healthcare workers, educators, and other members of the working class prioritize paying off our student loans? Education should be free for everyone.

Here’s a seventh “tip” for the Office of Federal Student Aid: Fuck your student loans; they should all be eliminated. The pandemic showed that the working class is essential, but there is no essential need for student loans to be repaid. We have the ability to eliminate this debt, along with all future student loan debt, by making higher education free.

There should be an immediate extension of the moratorium on loan repayments, but this is nowhere near enough. Workers who put their lives on the line during the pandemic should have student loans immediately and completely canceled. These demands should extend beyond essential workers to all members of the working class, and everyone in the United States: all student debt should be canceled, period. This would be a huge first step to questioning the legitimacy of the predatory system of paying for education. But we must go beyond this addressing a system that produces debt that never should have existed in the first place. Burdening students with loans as a way of paying for education that should have always been free is not acceptable. If we believe in the value of higher education, what we need is a movement for loan cancellation that is connected with the demand for 100 percent free higher education. Education should be—and should have always been—a right, free to anyone and everyone who wants it, not a debt sentence that exists to force the working class into perpetual economic precarity, rendering them vulnerable to capitalist exploitation. We must fight against a system that commodifies not just education, but every aspect of life itself.