Capitalism and Healthcare: The Con of “Nonprofit” Hospitals

Nonprofit hospitals operate under the guise of “charity” in order to avoid paying taxes. Capitalist healthcare cannot safeguard public health — but a nationalized system under democratic, worker control can. 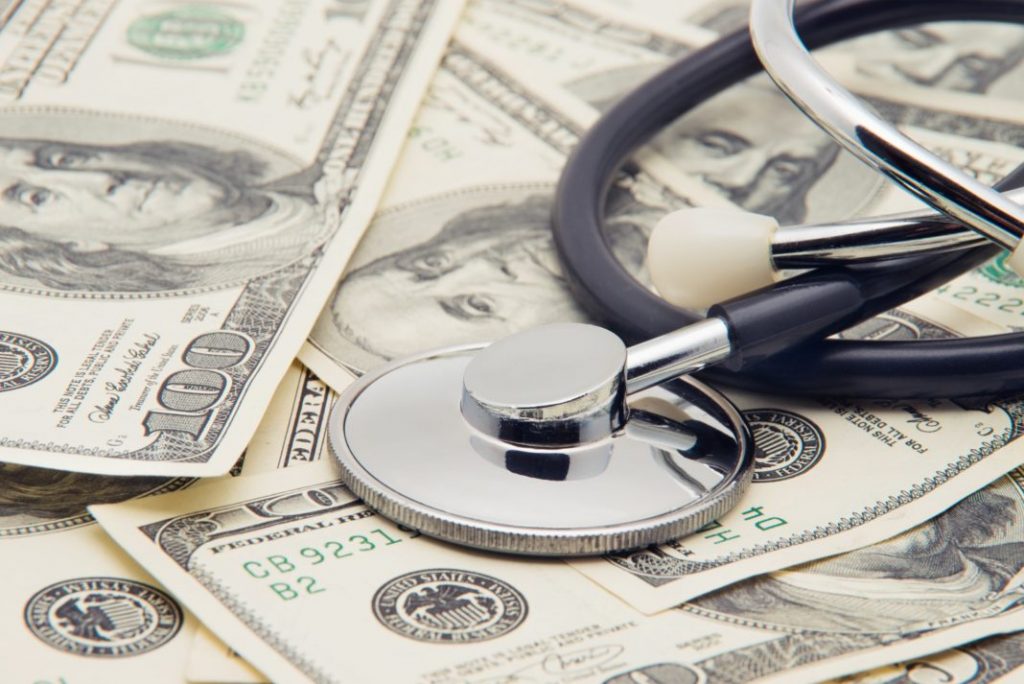 The capitalist U.S. healthcare system, with its reliance on private, corporate-run hospitals, has failed abysmally  at confronting the coronavirus pandemic. The United States has more cases and deaths than any other country in the world, even more than China, a country whose population is four times larger.

U.S. hospital systems and their corporate administrators failed to prepare for a pandemic predicted by state, federal, and international government agencies and infectious disease experts since the 2003 SARS outbreak.

These agencies and experts not only warned about likely pandemics, they wrote detailed preparedness plans and pinpointed critical failure points should healthcare systems and governmental bodies fail to prepare. But in our profit-driven healthcare system, hospitals didn’t stockpile equipment or beds. Why would they? There’s no profit in stockpiled inventory. A ventilator is only useful when it’s hooked up to a paying customer. States likewise didn’t stockpile, nor did they mandate that hospitals prepare. The federal government didn’t check on states and hospital systems, and let its own stockpile diminish and degrade. The magic of the market ended in abject failure with 29 million cases, and more than half a million deaths and counting.

Studies show that hospitals are the largest individual contributors to U.S. healthcare costs, now at $3.8 trillion a year, and that Americans spend more than $1 trillion a year at hospitals. Hospitals are the second most profitable industry in the United States, just behind commercial banking. Hospital systems have been consolidating for years, creating monopolies to control access and pricing, and giving patients fewer healthcare options (or, in rural areas, no options). Ironically, most of these profitable hospitals are “nonprofits,” a status with huge benefits for hospital executives’ compensation packages and hospitals’ bottom lines but none for patients.

The majority of the 5,141 U.S. community hospitals (57 percent) are nonprofits. Just 24 percent are for-profit — that is, hospitals owned by investors like GM and Walmart and structured to benefit these investors via, for example, dividends and appreciating stock prices. Only 19 percent of community hospitals are publicly owned by state and local governments. The federal government also owns and runs hospitals — for example, the VA system. In more urban areas, the biggest hospital systems are typically structured as nonprofits, as are some of the largest well-known systems like the Cleveland Clinic and the Mayo Clinic.

Many nonprofit hospitals started life as part of a church or religious order. These histories — including how nuns started the first hospital in the 1800s, typically treating working-class and indigent patients — are often hyped in hospitals’ marketing pieces. The nuns are long gone, as are the days of providing free care to the poor and suffering. These former charity institutions are now profit-generating machines staffed by well-compensated professional administrators armed with business backgrounds and capitalist ideology. Hospitals are often the biggest employer in their cities and generate revenue far exceeding that of the local municipal government. Even so, one big nonprofit hospital system in the Midwest and West continues to refer to its system as “our ministry.”

Nonprofit hospitals are structured as public charities. Their charitable mission is to provide affordable healthcare and the latest medical technology to the communities they serve. Any profits they make are supposed to be invested in this mission. Unlike for-profit hospitals, nonprofits have no investors looking to make a return on their investment. That said, both nonprofit and for-profit hospitals are private corporations. They are not publicly owned like government-run hospitals, and the public has no say in how they operate, what they charge, what care they provide, and what they do with their profits.

The Benefit of Nonprofit Status? No Taxes

Nonprofit hospitals are 501(c)3 corporations under the IRS code, which allows them to save inordinate amounts of money. They don’t pay local property tax, federal or state corporate income tax, or state and local sales and use taxes. By avoiding property tax payments to the county or city where they are located, nonprofit hospitals shift the financial burden for public schools and other essential services and infrastructure onto individual citizens, who end up paying more to cover the share that the nonprofit hospitals duck.

Additionally, nonprofit hospitals can accept charitable donations, which are tax-exempt for the donor. They can also borrow money by issuing tax-exempt bonds, allowing the hospital to pay lower interest rates. Nonprofits can also buy their pharmaceuticals at a discount through a federal program if they treat large numbers of indigent patients. Originally, hospitals received tax-exempt status because they were affiliated with religious institutions and served some charitable purpose not necessarily related to medical care. In 1956, the IRS implemented the “charity care” standard requiring hospitals to offer free care to patients unable to pay in order to qualify as a tax-exempt entity. Nonprofit hospitals receive subsidies worth $30 billion annually.

Profit by Any Other Name

Since 2010, as part of the Affordable Care Act, nonprofit hospitals have to list on their annual 990 tax forms how much “money-losing” care they’re dispensing to these populations and how they calculate that number. They also have to list what they’ve done, for free, to better their communities. Investigative reporters, researchers, and consumer advocates have investigated whether these nonprofit hospitals deserve their huge tax breaks. Recent research shows that many are providing nowhere near the amount of charity care and community benefit that would justify the value of their tax exemption. One study estimated that “only 25% of nonprofits provide enough total charity to warrant their tax exemption, and only 20% of nonprofits provide enough incremental charity care beyond what for-profits provide to justify their tax exemption.”

Even worse, when nonprofit hospitals calculate the amount of charitable healthcare they gave away in a tax year, they use so-called chargemaster prices: baseline prices that nobody actually pays and that are many times higher than what commercial insurance or Medicare would pay for the same service or procedure. These shockingly high prices make your medical bills pretty much incomprehensible. Because nonprofits can make the baseline price up, they can vastly inflate how much they “give back” to the community.

For example, suppose that doctors at a nonprofit hospital evaluate a patient with chest pain, and the allowable Medicare amount for that service is $3600. Rather than use the same $3,600 for an uninsured patient and list $3,600 in charitable care, the hospital can use the chargemaster rate, say $25,000, and then list the inflated $25,000 in uncompensated care, almost seven times higher than actual cost of the care the hospital provided. Nonprofits are allowed to do the same for Medicaid patients and other patients using means-tested healthcare programs. If Medicaid reimburses just $2,500 for the same service, rather than listing $1,000 in uncompensated (unreimbursed) charitable care ($3,500 cost of care minus $2,500 Medicaid reimbursement), the hospital uses the chargemaster rate and lists an inflated $22,500 ($25,000-$2,500).

The IRS reporting requirement is so lax that nonprofit hospitals can get away with inflating the amount of their “charitable” care on IRS reporting to retain their enormous tax advantage.

Because they don’t pay property taxes or corporate income taxes on money left over after paying expenses, nonprofit hospitals end up with a tax-free surplus — in other words, profit.This is possible because both nonprofit and for-profit hospital corporations don’t disclose the actual prices paid by their patients.

Nonprofit hospitals use their “tax-free surplus” — profit — on executive and administrator pay and bonuses, in some cases paying these individuals more than for-profit hospitals do. In 2018, nearly half of the CEOs of America’s leading nonprofit health systems had compensation packages exceeding $2.5 million. The highest paid, the top executive, at Banner Health in Phoenix, got $21.6 million in 2017.

Nonprofit hospitals also use their profits to also buy up other hospitals and clinics to eliminate competitors and increase their market share, allowing them to raise prices. They likewise buy independent medical practices to turn independent doctors into employed physicians (after the physicians sign a non-compete clause, of course). They construct new facilities with marble lobbies, and use lobbyists or membership in lobbying trade organizations like the American Hospital Association to maintain the lucrative status quo with help from Washington.

Nonprofit hospitals also earn investment income, often millions of dollars, from their pool of charitable contributions. Surprisingly for a world-renowned healthcare system, the Mayo Clinic owns oil and gas wells in the Permian basin in Texas! The wells were a charitable bequest in the late 1990s from a deceased donor’s estate, but Mayo never divested from this ecocidal industry. Instead, along with other investors, Mayo owns Latigo Petroleum LLC to manage its oil and gas interests.

Do nonprofits warrant the hefty tax advantages they get, forcing individuals to cover the shortfall for critical public services? No. Communities and governments are being scammed by nonprofits’ tax avoidance.

Public health is a public good. Healthcare is a right for all, not a privilege for the few or “charity” for the many. Capitalist profit-based healthcare — including care administered through tax-avoiding nonprofits — cannot safeguard public health. U.S. healthcare must be nationalized, and healthcare systems put under the democratic control of healthcare workers. 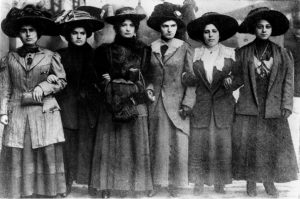