The Left and Workers’ Front in Argentina is among the 6 slates running for President. In the final stretch of the campaign, Nicolás del Caño and Myriam Bregman capture the voice of the left in these bold television ads. 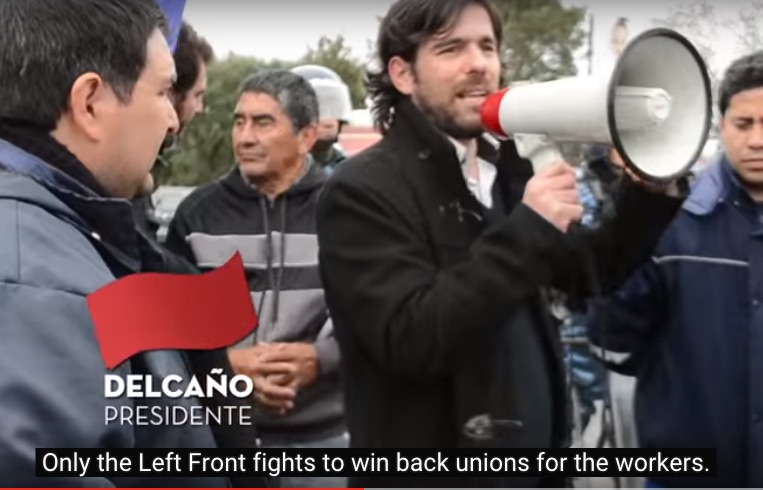 ARGENTINA. After the primaries in August, the FIT (Left and Workers’ Front) electoral campaign kicked off at full gallop, with the October 25 general elections quickly approaching. Scores of FIT electoral committees constitute a network of militant grassroots agitation to raise the workers’ voice.

Campaign ads (“spots”) from the six presidential candidates who reached the necessary threshold in the primaries are broadcasted several times a day in over-the-air and cable TV stations. Amidst a slew of depoliticized ads with shiny, clichéd wording and grinning bourgeois candidates, the Left Front clearly stands out as the voice of the workers.

Boldness and combativeness are central ingredients of the FIT campaign, with no concealment of its anti-capitalist stance, no watering down of its program, and no compromising in order to look more “electable.” The spirit of FIT is frank and lively.

An uncompromising critique of capitalism is combined with addressing the specific problems the Argentine working class suffers on a daily basis. The FIT candidates express the widespread repudiation of business-driven politicians and outrageous levels of corruption, and fight against layoffs, precariousness and union bureaucracies.

Being that the Left Front is the force with the highest number of women candidates (reaching the maximum of 70% in some districts), women’s issues –such as the fight against sexist violence and the right to safe abortion– have taken center stage.

Taking back the unions from the bureaucrats

For free and legal abortion